If there's one thing you should know about me, it's this: I dig going to the thrift store.

There's a few decent ones near my house and there there's this one: 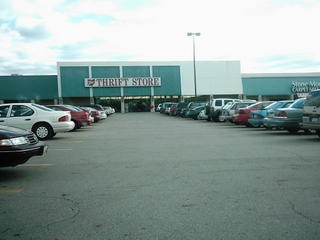 When it was Builder's Square, I never went there (of course I was 14). But now? I'm there at least once a week.

It's basically my mecca.

On the last Wednesday of every month, everything (mostly everything) is 1/2-off. Needless to say it's usually a mad house.

Yesterday was no exception. 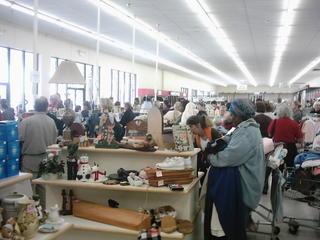 It was just nutty. Seriously. I have an hour for lunch, and this store is 5 minutes from where I work. If I actually buy something on these crazy Wednesdays, I'm late getting back to the office. So, I only really buy stuff on the crazy Wednesdays when my boss is out of the office.


I thought that you might like to step into the weirdness that is Thrifting With Todd --as soon as Blogger lets you associate theme music with text, there will be some there (and yes, this will be a regular feature as I frequently encounter weirdness at the thrift store). 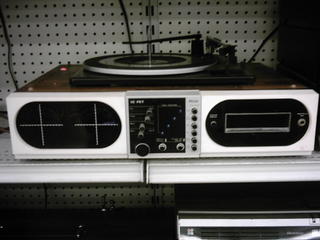 I was kind of bummed that the lights didn't show up in this picture. This thing was SWEET!!. It had the obligatory 8-track player and the futuristic vibe from the 70's (which I guess now is more of a retro-vibe). 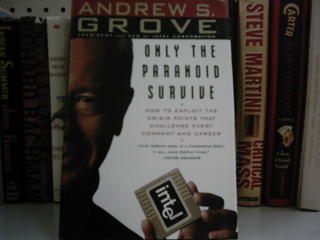 I don't know how they got a copy of our company handbook at the thriftstore. 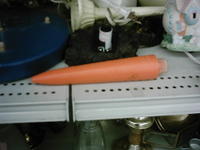 Now I know what you're thinking. What is THAT doing at a thrift store (and for 90 cents, no less)?? Well....relax.
Turns out it's only a Carrot Avon Perfume thingie (the top was found on a subsequent trip---yes we went back again later the same day).

Sad because you can't relive the glory days of 1991? Weep silently no more. You can get another copy of your Color Me Badd album on cassette and go back in time. 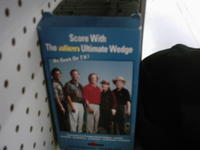 I sincerely hope this has something to do with golf. 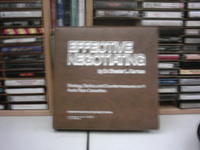 This is what the cover of this series looks like drunk. Which is what you'd have to be to listen to 12 tapes on effective negotiating. Face it, if you were any good at negotiating, you'd have gotten out of listening to the tapes in the first place. 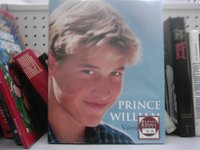 I'm not sure which is worse-the fact that this book even exists at all or the fact that it was sold and purchased at a 'real' book store and then later discarded. Oh how the royal family must have wept. 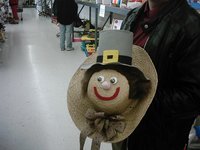 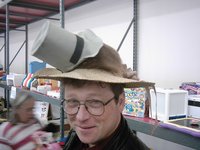 ...or stylish hat on hat action? 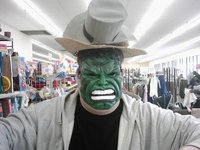 Dude. I was SO totally making the Hulk face underneath the mask!! 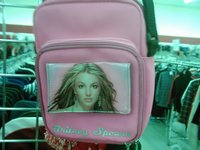 Oh Britney, what happened? Such a long way from the Mickey Mouse Club... 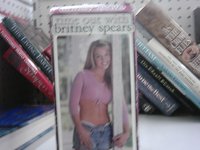 ....these days, I think "time out with" Britney now comes standard with a visit to the free-clinic. 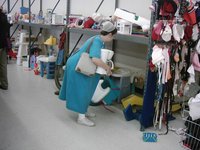 I guess the obvious question is what use do the Amish have for an electric coffee maker? (Although, I don't think she was really Amish. I didn't see any buggy in the parking lot).

(And now from the WHAT WERE THEY THINKING WHEN THEY NAMED THIS department): 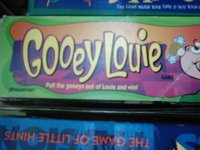 Can you imagine what Christmas morning was like when this present was opened? I bet little Billy got his mouth washed out with soap for saying "What the hell?---I said LEGO's....LEG-OHHH." 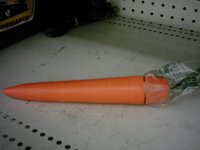 See. I told you it was a carrot. Sickos. (Although I touched it on the first trip, I was nowhere near brave enough to smell what scent Avon associated with Carrot).

And on the way back to work, I only had 2 regrets...(1)I didn't buy the Hulk mask...and (2)I didn't have a chance to wash my hands after handling the carrot until WELL after I was back at the office. 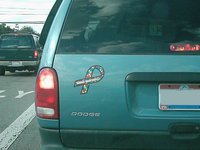 As we were pulling out, I happened to get behind this van. Now, I don't really care about what cause your ribbon is tied to (my personal fave is the green ribbon that says "Support Magnetic Ribbons"), but...um...if you're ribbon is autism...don't you think you'd pick a nice soothing color? No. You pick EVERY color-like Rainman doesn't have enough to worry about without sensory overload on mommy's van. Wow.


And that concludes this week's "Thrifting with Todd." Be sure to tune in next week when we look at the fine literary selection, the aisle where naked dolls go to die, and some hot vinyl-on-vinyl action.
at October 27, 2005