November 30, 2005
It's the last Wednesday of the month, which can only mean one thing. Today is 1/2 price Wednesday at the Awesomest Thriftstore in a 20mile radius!!

I took 1/2 day off work today (my reward for working last Wednesday until 5 when everyone else got let off at 12). I tooled over to Mrs. S's work location and we proceeded back to make a lunch date of thrifting.

Knowing that we'd be back again later in the day, I didn't really look at any clothes (I typically only buy clothes on 1/2pricelastwednesdayofthemonths (since I'm cheap like that)). I instead focused my camera's iris on other areas of interest.


Growing up and spending a good chunk of my childhood in the 70's, I saw lots of games like this. 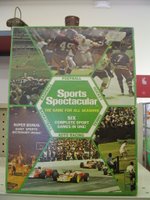 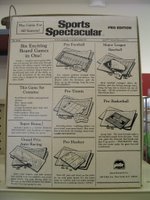 It's paper. A paper game. You might as well be reading about the sport. You'll be closer to the action. You want to know what the worst part about this is? I was still jealous of the kids that had this game. 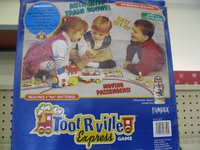 
And here we have Farrah Fake Tan and her crapmobile. 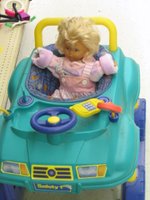 It's not often you see the Amish throw anything away. But somehow one of their toys made it all the way here. In the dark. With no lights. 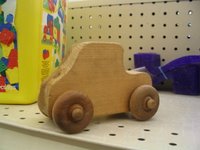 This actually isn't a bad album (I'm sure I have at least one copy of it on vinyl), but apparently whomever had it before really wanted the Deep Purple album instead. 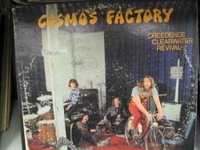 Other than 45's, the only other format suited to the Village People is 8-track. All of their (5) hits aren't even on this, which must mean they had more than one album. Who knew? 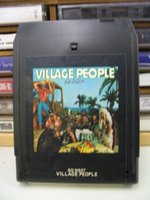 There's nothing funny about this gem. This was the first computer game I ever had (in fact, this may be my copy of it). I played it FOR HOURS! There were 7 or 8 titles in the Wing Commander series (not to mention fan favorite Wing Commander IV with Mark Hammil and Ginger Lynn. I'm not making it up-look it up!!). This game was the single reason I convinced my parents to drop an extra $100 on the IBM PS/1's additional expansion port and the Creative Labs Sound Blaster. That's it. Just SoundBlaster. It was the first SoundBlaster card. And it was the shit in all of it's 8-bit glory. 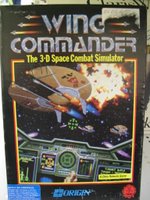 Looking at the back of the box, it's clear to see why I was so into this game. Why, it's almost as if you're really flying in space and fighting giant cat-people-thingies. 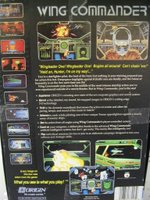 OK. I'm Tiger Woods. And I got my own EA Game Franchise. I would think the least I could do would be to freakin' smile!! 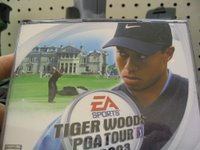 Hehehe. OK. Maybe the previous owner used this software to achieve fame and glory and just wanted to pass on this wonderful tool to someone else. Or maybe it truly blows. Either way, I'm guessing the makers of the software never saw this coming. 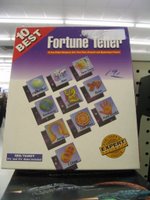 I hate watching baseball on TV. Listening to it on the radio is even worse. But a cassette of a radio broadcast??? Shoot me now. 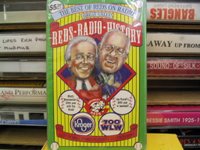 Speaking of cassettes. I recorded my fair share of songs off the radio on tapes just like this. Your mom always tried to convince you that it was a better deal. The only thing worse than this was the Realistic 3-pack from Radio Shack. 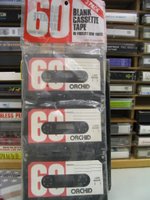 Well, most of this title's right, anyway. 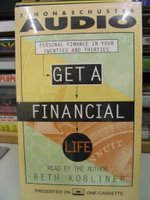 Ahhh. Nothing screams "dedicated sports fan" like having your own wastebaskets with your team logo on them. I wonder, is that to remind you that your team is full of garbage? In the case of the Columbus Crew, it's hit or miss. 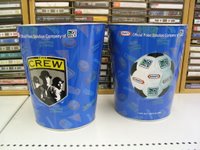 NOW!! Now we know how the McNuggets are made!!! 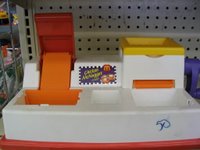 I have to say, though, after careful observation of the nugget-making aperatus, I'm not entirely convinced a chicken head could have made it into the fryer. Hmm.


What's worse than a mediocre sequel?? A BOOK full of lame activities trying to cash in on the franchise. Who ya gonna call? Suckbusters. 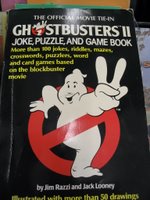 Dick Tracy awoke on that fateful morning only to find that he had been reduced to being a: 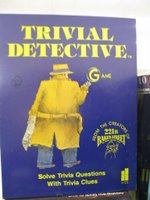 "I love my grandma"...unfortunately, she ditched this summer camp reject as soon as her granddaughter's head was turned the other way. Oh cruel world. 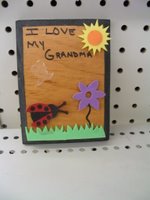 This is by far the creepiest candy dispenser I have ever seen. Period. 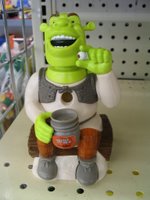 And that's about all we have for now. I'm about to board the TootRville express to Flushing, and then we're off to eat and back to the thriftstore for round two.