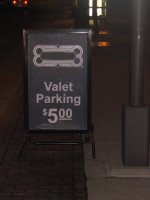 The rodeo's in town. Or so it would seem by the dozens of people walking past 2 Nationwide Plaza as the Mrs and I finish up our yearly dinner at Morton's (courtesy of the gift card from my generous employer). We like to look at it as pretend money. Since it's on my boss, we don't flinch for a second at the $45 steak or $26 salmon. We just order. And split the $8 baked potato. It's our one time of year where we like to pretend that money doesn't matter.

As is the custom, we payed the $5 for valet parking.

What we didn't expect was the added bonus of seeing the valet back into a big red pickup truck.

He backed into the truck. To be fair, there was a lot of traffic. And the P does look a lot like the R on the dashboard. But dude....c'mon.

Here's the damage that the camera picked up: 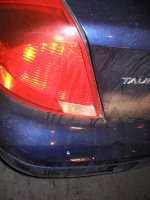 Doesn't look too bad. But I'm always amazed at what something as simple as a cracked taillight assmebly and scratched (ok, gouged) bumper will actually cost to repair.

It's actually kinda funny. The corner of the bumper was actually crumpled in (imagine if an object, say a truck bumper had just pushed in the corner), but as we were standing there, it just made this weird noise and popped back out, a la Christine.

The really funny thing was, as we were waiting for the pimply faced valet to bring our car around in rodeo traffic, both Nancy and I were thinking to ourselves, what would happen if the valet jacked up our car. This kind of thought power needs to probably be contained...it's just creepy what happens when we both unknowingly think the same thing.

So, 30 minutes later, we were on our way home. With a slight detour to distract us from the recent after-dinner events.

Let's see....what's a good way to put it all out of our heads. Yes, I think you're right. A jaunt to the thrift store is exactly what the doctor ordered.

I vowed to see if the "Thanks Jeff" creepy dead chick t-shirt was still there (it wasn't. which leads me to ask-who in the hell would buy that??)

So, while my shirt wasn't there, plenty of comedy gold was. 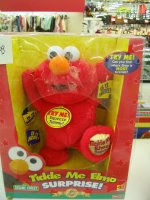 As if the whole Tickle-Me-Elmo phase wasn't bad enough...now you have to guess where he's ticklish?? No. Seriously, no.

No trip would be complete without the "Is it His or Hers?" shirt game. 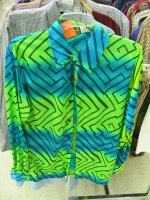 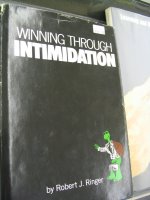 I only have one question about this. What the hell is so intimidating about a turtle?? And apparently a blind one, at that. 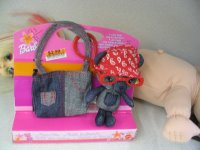 I really question the random drug testing policy over at Barbie HQ when I see toys like this. It's obvious it's not working. 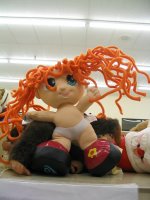 The Baby Medusa Doll wasn't quite the 'must-have' toy that Mattel was hoping for. 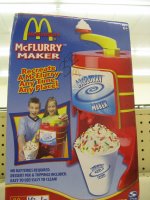 "Um. No. I've never worked in fast food before, sir. But I did have the McFlurry Maker as a kid" Great! You're hired. 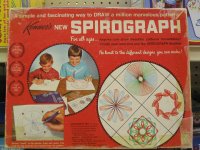 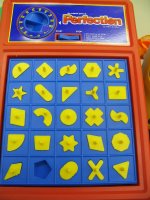 At first glance, a missing piece would indicate that this game is in fact, not perfection. 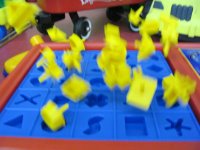 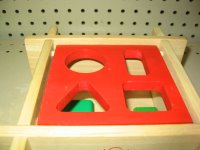 And here we have the Amish version of Perfection. Not much pop here. 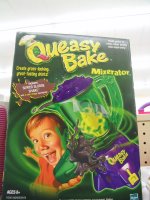 And now little Timmy can make blended drinks just like his old man! 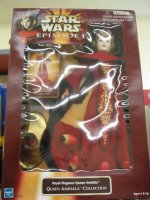 By far one of the worst tie-in toys ever. If you look closely, you'll see the Choking Hazard warning. It should actually be Gag warning. 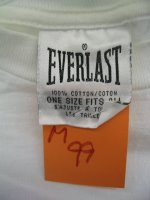 And now on to the clothes. This one says "One Size Fits All." 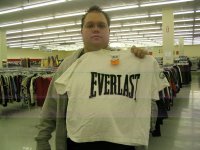 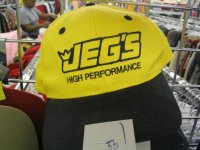 This is only funny if you can hear the voice on the commercial saying "JEGS...." and then going into some gibberish about Fram auto filters or something. 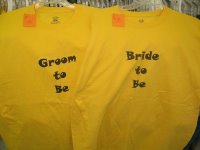 It would have been funnier if they had said "Chuck and Cindy" but you can't have everything. What was more interesting to me was the back. 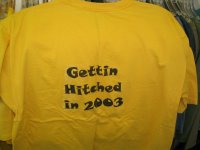 And un-hitched in 2006! Seriously. How sad is it to find these at the thrift store. No sentimental trip when looking at them in the t-shirt drawer. Just something to toss away. Ah. Good times. 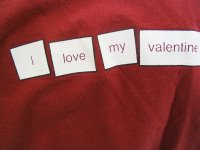 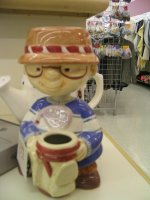 I can't put my finger on why this thing cracks me up so much. It looks like someone's chinese uncle out for a day of golf. 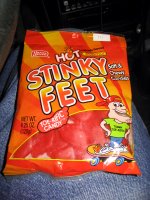 I love finishing up a great night of thrifting with some Stinky Hot Feet!!
at January 21, 2006

i had a spyrograph as a kid-i LOVED that thing. :)

now, was it your car that was damaged? and can you hold the valet responsible for paying the deductible for damage?

man, that sucks that the valet dinged the car. wtf. did you speak to a manager there? are you getting any type of monetary compensation for their inept valet crew wrecking your car? is your insurance gonna cover the cost? is my bruva gonna get his benjamins?

and i may have that exactly model of sprirograph at home. Actually, now that I think about it, i have no idea where it came from. It wasn't mine growing up. It came into my possession sometime after 2000. *shrug*

The valet company is going to pay for everything. They filled out an incident report. They're filing it with their insurance. There should be no out of pocket for us at all...which is nice.