Reese's Pieces and the Fall of an Empire

In my recent post, I laid the challenge for the following picture: 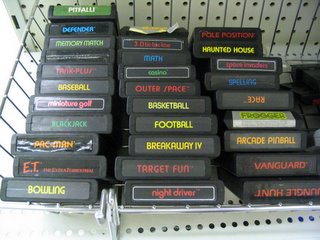 
*It, of course being the biggest turd in the entire Atari2600 catalog.

Darrin didn't chime in, so I guess I'll have to spill it.

Without further ado, here is the biggest dump Atari ever took: 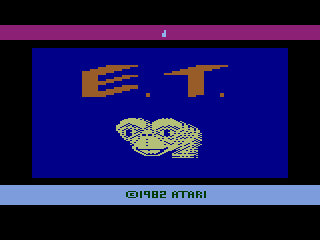 That's right. A mere 5 years after it's release, the Atari2600 had just put the final nail in it's own coffin with this rush-release.

The backstory is this-
In a rush to get the title out by Christmas, Atari scrambled to secure rights to the widly popular movie about a pudgy space alien addicted to sugary sweets that had taken America by storm.

(Mistake #1 was the sheer amount of dough they forked over to get the rights).

Then, to make matters worse, they had a ridiculous timetable. 6 weeks to design the game. That's nuts. Sheer madness.

(Mistake #2-apply insane amounts of pressure to your programmers)

So....everything's in place. The money, the programmers. What's left?

Oh yeah-let's produce 5 million units of the game to sell by Christmas. This was larger than the number of Atari2600's available.

I'll give you a minute to read those last 2 sentences again.

Yes. They made more cartridges than game systems to play the cartridges. Even in the fuzzy math world of the 80's, that's just bad business sense.

Only 1.5 million units were supposedly sold. Not a bad turn by anyone's records, but still nowhere near enough to cover the expense of getting such a shitty title to market.

It was hard. It had nothing to do with the movie (you had to keep ET from falling in to a pit...where the hell was a pit in the movie???). And it sucked.

I played it when it came out and I hated it.

It was so bad that Atari tried to bury it's mistake. Literally.

Millions of ET cartridges (along with a few hundred thousand PacMan cartridges) were smashed, mixed with concrete and buried in the New Mexico desert.


And now for the bonus round...what (other than what I mentioned above) was really disappointing about the game?

A: It was a major letdown because it came from the mind of the programmer who gave us (arguably) one of the best games for the Atari2600--Yar's Revenge. So...one man gives us the best...and the worst.

It's no wonder a fat plumber was able to sneak in and wrench the crown away from the video game goliaths.


*UPDATE* After looking at the picture of the 2600 carts again, I concede that, had you said "PacMan" you would have gotten partial credit. I feel very strongly that while ET is the worst game and the reason Atari lost its edge, I will argue that PacMan was the single worst arcade game port that was done on ANY game system past and present. So, it's right up there on the turd chart.
at January 19, 2006

Sorry I thought it was a rhetorical question.

EVERYONE knows that E.T. was the biggest flop in the history of Atari and was partly responsible for it's downfall. Though, the claim that millions of unopened ET cartridges were buried in a desert sounds bogus to me. But, that's the claim.

AS far as the bonus question as to WHY it sucked, I cannot say, as I did not own the game. I do know that it was developed in an insanely short period of time (6 weeks!) so the game play was not up to snuff. Needless to say, Atati did not make back the 25 million dollars they paid for the rights to the game (Speilburg is still laughing).

Pac Man sucked as well, but at least it was playable. :-P

Did I mentiont that I HATE MATH?

Yeah. I think the legend is probably true...if they made 5 million units, and only moved 1.5 million units....something's gettin' buried. :-)