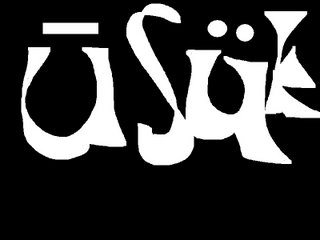 This weekend really kicked ass the way a weekend should. It was the type of weekend a red leather clad lead singer of loverboy would work for, so to speak.

Friday night was cool. Darrin came over and we hit the Pizza Buffet. I had some flex points left that I took full advantage of. I ate less than I normally do and still felt like I ate too much.

Oh...let me back up. Last Monday I started doing the Weight Watchers points system. I didn't officially join, I just keep track of my points using all the materials that Nancy got when she went through. I weighed in last Monday at 186. This Monday I weighed in at 180. So, it's definitely working. And it's pretty easy to do. A lot easier than I originally thought. There's a kick ass spreadsheet that I've been using to keep track of my points (if you want it, just lemme know).

So, yeah. Pizza buffet, flex points. From there we hit Iggle and got Full Auto (drive, shoot) and NBA LIVE (drive to the hoop, shoot) for XBox 360 and it was back to casa de todd for a good old fashioned game night. I have to be honest, I've never been a huge fan of basketball games (this is the first one for a platform system that I've played since the Atari2600). But this game was something else. It was like being in the freakin' game. The graphics were amazing. The gameplay was straightforward and it was just fun. Darrin and I played in co-op mode and still got our asses handed to us by the Miami Heat and LA Lakers. But it was a lot of fun.

From there we switched gears to Full Auto. Basically you're driving a car that has machine guns and other weapons of badass destruction (mines, missles, fun shit like that). And pretty much the whole game environment is destructible. It's like a weird twisted step-sister of Carmageddeon. Which of course makes it bad ass.

So that was Friday.

Saturday's kind of still a blur for me. I know I went in and worked a little on my microsoft labs....came home....futzed around...ate pizza (again) for dinner and racked out sometime later that night. But that's all I got for Saturday.

Sunday (sunday...sunday), though. That was the day, yo. Me and a few guys from work got together at one of the guy's house and just jammed. There were 3 accoustics, my roland, tim's parlor Grand piano and a mic. There's some raw, disjointed video of the morning and about 3 hours of audio on mini-disc, most of which isn't really ready for consumption. But it was fun. There was no real pressure. No lofty expectations set. We decided if it ever did progress to being a "band" we would call ourselves "You Suck." That way, when the audience started telling us that we sucked (and they would), we could just take it in stride. I later changed the spelling to be more rock and roll, beeyotches. Did I mention it was a very fun morning? Well it was.

Sunday afternoon/evening was spent re-cabling the studio and making some minor adjustments. Things are now in place so that all the instruments can be played simultaneously (but not by me)...2 mics are hooked in. The 4-track has resumed its spot in the chain (I got a wild hair to start mastering some of these old MK and 2ndFloor tapes)...the turntable and reel to reel are both jacked in as well. Basically everythings in place now.

It was a good weekend.

It was one of those weekends that was so good that Monday just sucked. For the simple fact that it was not the weekend.

So, yeah. That's all I got. How things been with you?

I've always wondered about the WW points thing. is it hard? you sound like you're having success with it. Good luck.

It's actually surprisingly simple. and I find myself really wanting to stick with it this time.