Back To School Thrift

Alright. The days are getting shorter and the beer isn't staying cold for quite as long. And you know what that means...back to school!

I haven't been back to the thrift store in a couple weeks so, these are some pix that I took but never got posted (and by never I mean that they got posted once and then blogger crapped out and I lost 2 hours of work).

So, here's a blast from the past to tide you over until tomorrow (or the next day), because hey-tomorrow's 1/2 price day and I still have some Ronco items and a NKOTB item to hunt down.

This is mainly going to be a shirt post.

And what better way to start out the shirt post than with this kick ass JEGGGGGGGS!!!!!! shirt (you have to say it in a deep booming, radio voice for the full effect). 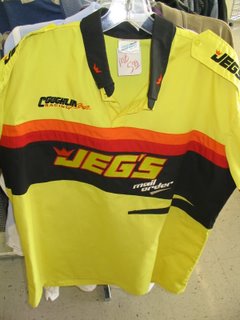 This is one of those Old Navy retro-tees. I like it because, well, I like to blow sh*t up. And my name is Jake. OK. It's not really, but if I owned a fireworks company, it would be my name. 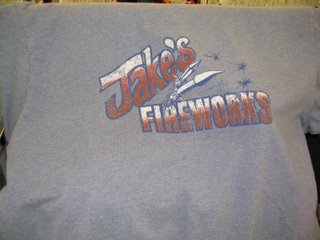 I loved Mr. Bubbles!! Y'all can keep your Rubber Duckies. The bottle of Mr. Bubble was this big pink blobby toy that floated (and if you didn't screw the lid back on tightly, it spilled ALL out in the tub...and Mom didnt' like THAT at all). 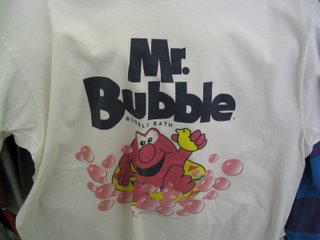 OH Sh*t! Danny's dad's sponsoring the team again. I swear, I'll quit if he calls our team the Zombies again!! 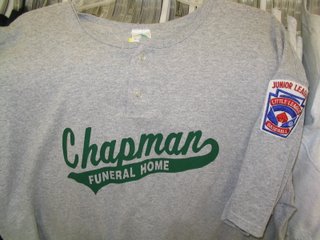 This was one that was a sheer..."Who would wear this shirt?" WAYYYY TOO MUCH READING for a shirt. If you have to ask the person to stop walking so you can read their shirt, that's fine AS LONG AS ITS SOMETHING WORTH READING. This one clearly does not fall into that category. 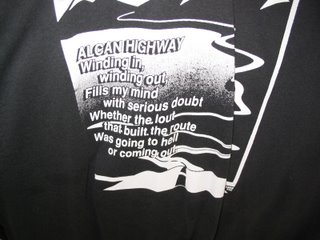 All Dorks Go To Heaven. 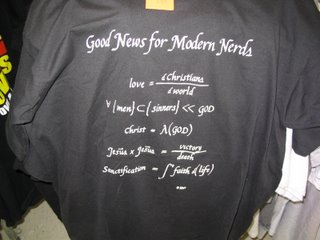 Word! People Against Goodness and Normalcy. 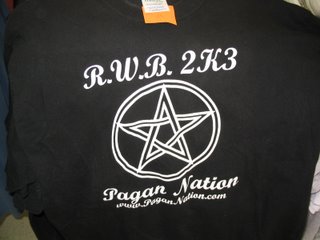 I think I saw an episode of CSI Miami where they had something like this. I don't know what a Blackberry Nightspot is, but I can only assume its something naughty. 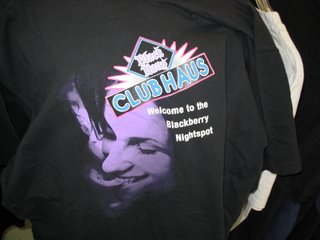 This one actually looked kind of cool... 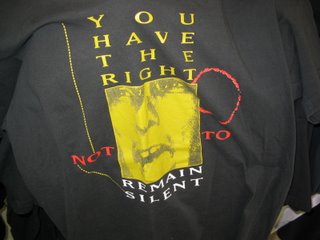 Until I turned it over. I have a problem with the ACLU. It's much to involved for me to get into here. It mainly involves taking things to the extreme in pretty much everything they do. But, since that's not likely to change, we'll just move on. 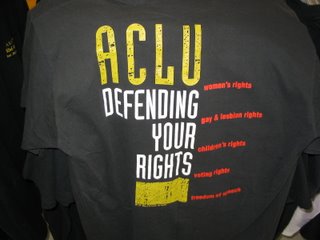 I have no idea what Christian Aerobics are. Is that like Pontius Pilates or wha? 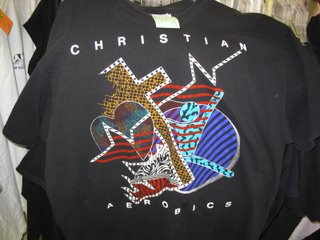 This could be the BEST diaper rash ointment in the world (at least I really hope that's what it is), but there is no way in holy heck that I would EVER wear this shirt. Ever. 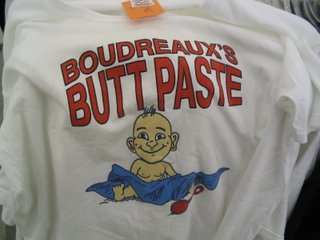 I don't even remember Survivor 2. So I asked my friends who watch it religiously about this shirt. They didn't know who this guy was either. Sucks for Kathy. 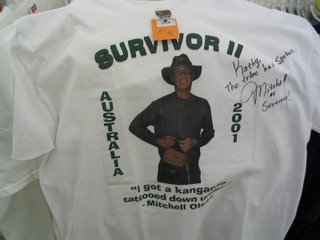 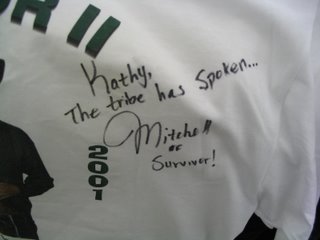 This is pretty much a Columbus thing. And I gave the shirt to my friends who changed it to Corn Hole Friday Night (but that's a story for another time). 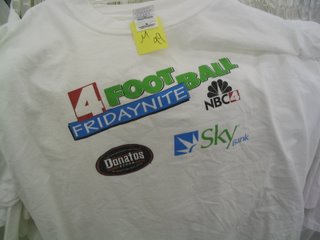 I had no idea SuperCuts had such a high class list of clients. 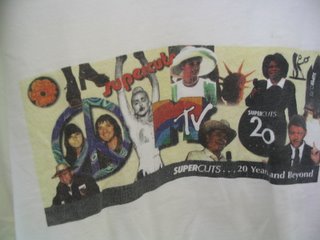 I love the fact that in the promo material for this, the duck gets more face time than Vin Diesel. That really should say something. And that something would be "Direct to Video" 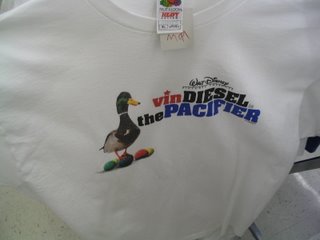 From the "Creepy Concert Shirts" division. We have this winner. At least I think it's a concert shirt. 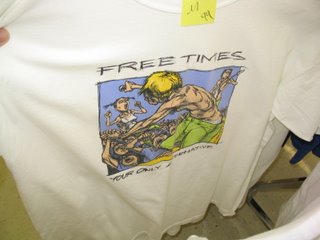 I tried to make it so that this one looked blurry. Like you get all done with your lasik and they give you a shirt with a blurry logo just to mess with your head. 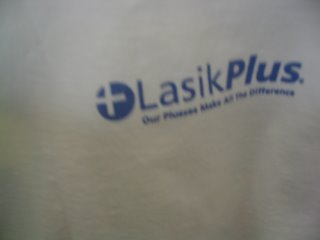 What genius put a blind musician on the bill of an eye doctor's conference? 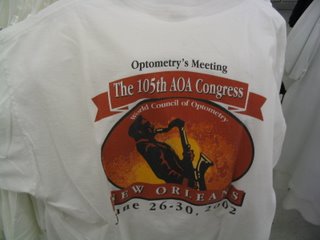 Sometimes you have to stop and say AWWWWWWW....Who's a cutie?! 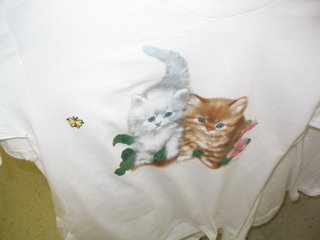 Any t-shirt that abdicates for da funk to be broughten is a-okie dokie by me. 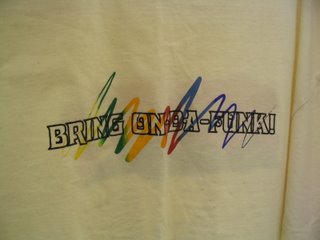 This fraternity (or sorority) mock up is second only to my favorite Tappa Kegga Brew. 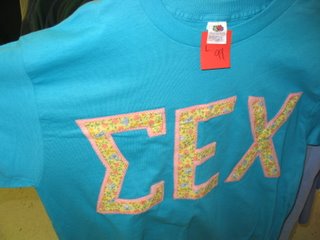 So....is this bulk rate you think? 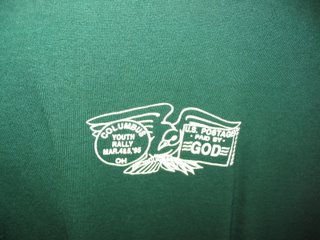 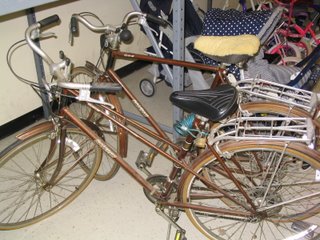 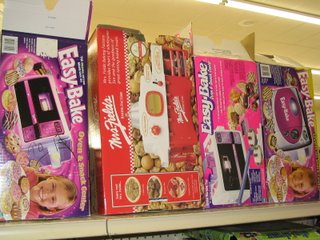 Bob often wondered how the crooks caught him. (Unfortunately he never looked on the bottom of the sandals which said "Bob Was Here"). 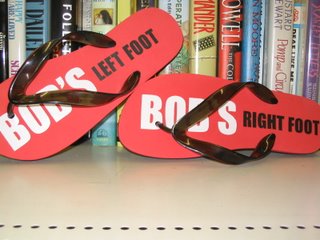 It's proof that crime doesn't pay.

And I'll give you the end of the month update real soon.

My hat's off to any thrifter who looks through the racks (and racks and racks) of T-shirts for such hidden gems as these. Some quality items, my friend. (And thrifting is a GREAT idea for a blog. Kudos!)

man, my thrift-store is in loserville compared to yours! i didn't see anything HALF that fun..'course, i'm new to the thrifting game. good luck on the NKOTB item in your next shopping trip!