So...if you've ever had or been a beagle, you will know they chew things. Sammy has now taken to chewing things out of spite (usually when we don't let him in to the bedrooms).

Well, tonight, we thought we'd get him a chew toy. This one claimed to be SO TOUGH and virtually indestructible. I don't think so, but we'll see.

And so begins the dance (you have to say this in the Antonio Banderas Bee Commercial voice)... 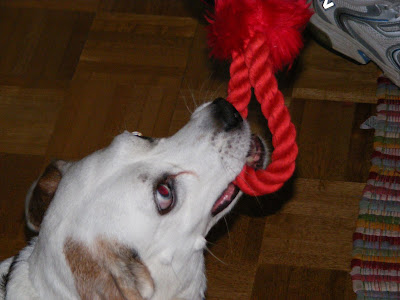 Testing it for weak spots. 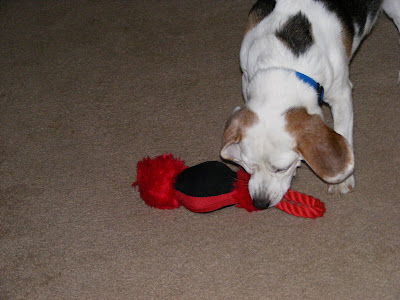 Hmmm. Nothing yet, we'll try the other end. 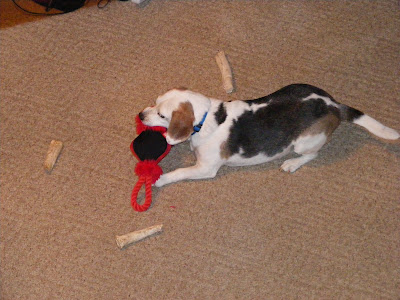 Wonder if Ic an get these fuzzy things off? 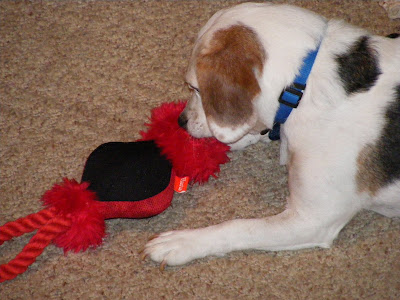 Sammy does this thing where he shakes the toy violently in his mouth by jerking his head back and forth (as though to stun the chew toy into submission). This is mid-shake. 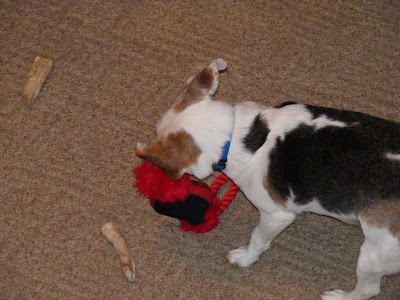 Grrrrr. Doggone it. Still in one piece. This is going on about 10 minutes now. Very nearly a record*. 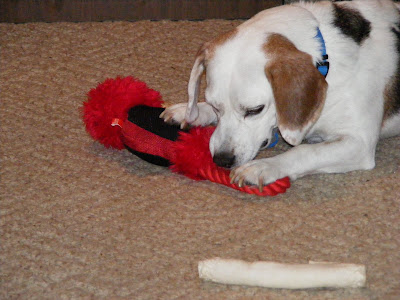 Getting closer...more of the fuzzy stuff is coming off. And the product material/safety tag (the one that says take away from your dog if it's ripped blah blah) has already been removed. 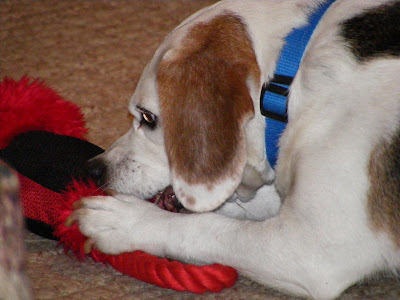 After about 13 minutes...a pause to tinkle....some water and another 2 minutes of shredding.
Voila! 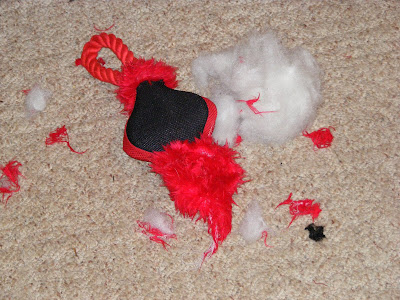 Sammy lords over his conquest. There is no chew toy that can survive the Shredder! 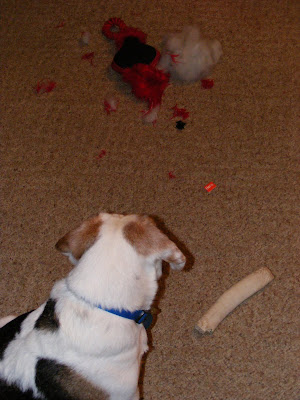 I'm giving this video uploading a try. Here's a little clip of Sammy working on the toy.

So now I guess it's back to guarding our shoes!

Have a great weekend if I don' t talk to you before hand.

*the record is about 24 minutes and goes to one of those rope-y pull toy with a tennis ball thingie stuck on it.

You should inform the company that it is _not_ indestructible and you demand your money back. :)