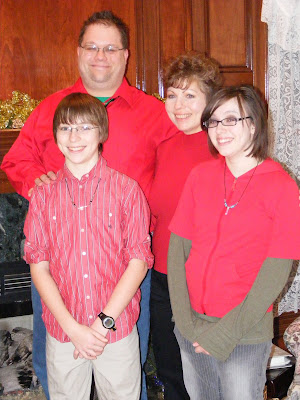 Merry Christmas and a Happy New Year from our family to you and yours!!

Hey Bono, I'm looking at you

The strangest things hit my brain at the oddest times.

First off, before I get too deep into the post, I'm just gonna say, I'm cool with God. After the car accident when I was 8, the shoplifted batteries at 16 and the open heart surgery at 25, I don't need anyone to convince me that there's a God and he's got my back. I'm quite aware, thankyouverymuch. No need to try to save me or raise my awareness of the almighty. I'm good.

But what bugs me about the whole God thing is when he becomes trendy. And by trendy I mean how God's invoked everywhere by people who may or may not really mean it.

But I need to stop there before this becomes a post about religion blah blah blah.

What this is is a post about a Christmas song that's popular called "Do They Know It's Christmastime (Feed the World)?"

It's a bunch of artists that got together to cut a record (mostly because their managers probably told them it was a good idea in the wake of that whole USA for Africa trend) and some of the proceeds were to go feed starving people in Africa.

Whether it did or not is a completely different story for another time.

But to set the tone, I've posted the lyrics.

It's Christmastime
There's no need to be afraid
At Christmastime, we let in light and we banish shade
And in our world of plenty we can spread a smile of joy
Throw your arms around the world at Christmastime

But say a prayer
Pray for the other ones
At Christmastime it's hard, but when you're having fun
There's a world outside your window
And it's a world of dread and fear
Where the only water flowing is the bitter sting of tears
And the Christmas bells that ring there are the clanging
chimes of doom

Well tonight thank God it's them instead of you
And there won't be snow in Africa this Christmastime
The greatest gift they'll get this year is life
(Oooh)
Where nothing ever grows
No rain nor rivers flow
Do they know it's Christmastime at all?

(Here's to you) raise a glass for everyone
(Here's to them) underneath that burning sun
Do they know it's Christmastime at all?

Let them know it's Christmastime again

And to be fair, here's the 'semi-official' wiki of the event. I'm sure it did actually help people, but if you go back and read/listen to the lyrics...they really ARE freakin' pretentious.

Alright....here's how I envisioned this when I was thinking about this song. It's a short scene consisting of BONO, ETHIOPIAN #1, ETHIOPIAN #2, THE EDGE, WAITRESS and takes place in an old style diner somewhere in Ethiopia.


BONO
So..mates. Hungry, eh?
ETHIOPIAN #1
Are you serious?
BONO
Right. So anyway. We wrote this song for you. Some 20 years ago. Did it help?
ETHIOPIAN #2
It built this diner.
WAITRESS
Would you like to hear the specials today?
ETHIOPIAN #1
Do they consist of food?
WAITRESS
Well no. Nothing really ever grows here. No rain...blah blah. But we have a nice sand sandwhich
we can whip up.
THE EDGE
I'll have one of those those.
BONO
None for me thanks. Look, mates. Do you know what time it is?
ETHIOPIAN #2
(squinting through slatted shades)...mmm..Day.
ETHIOPIAN #1
Most definitely. Day.
BONO
Right, but the time.
The Ethiopians look at each other, puzzled. The WAITRESS drops off the sand sandwich in front of THE EDGE who picks it up and hungrily starts devouring it. The rest of them stare at him.
THE EDGE
(through bites of sand sandwich) It's mmph Chrishmish Timemmph.
ETHIOPIAN #1
Excuse me?
BONO
It's Christmastime!
ETHIOPIAN #1
Ah. OK.
ETHIOPIAN #2
What's Christmas?
THE EDGE
It's a time when we let in light and banish shade!
ETHIOPIAN #1
Why would we let in light. That just makes hot.
ETHIOPIAN #2
And we need the shade.
ETHIOPIAN #1
Yeah.
As the ethiopians stare quizzicly at Bono and The Edge, a bell goes off somewhere in the distance.

BONO
It's the CLANGING CHIMES of DOOM!!!
ETHIOPIAN #2
No. It's the factory bells from up the road. Second shift just ended.
ETHIOPIAN #1
Yeah. Listen guys. It's been fun. You take care um....
BONO
You, too.
ETHIOPIAN #1
Right. Anyways, we need to jet.
ETHIOPIAN #2
Yeah.Lots of shoes to make. Good luck with that whole feeding the world thing
The ethiopians leave Bono and The Edge at the table. The waitress stops by and pours The Edge another glass of water

THE EDGE
Ahh..the Bitter Sting of Tears
WAITRESS
Um. No. Water.
She leaves as The Edge takes a drink.

BONO
Factory workers, huh? That's a tough lot.
THE EDGE
Thank God it's them instead of you.
BONO
Yeah. Seriously. Let's get of here, this place gives me
the heebies.
FADE TO BLACK
And that's about all I got right now. I guess the thing that bugs me the most about this song is the 'thank God it's them instead of you.' And the fact that so many assumptions are made. But maybe that's what was needed to raise global awareness on the issue of starvation in Ethiopia.
And I'm sure it's helped.
Hasn't it?
at December 11, 2007 2 comments:

We got our first snowfall this year. And as is the tradition in Central Ohio, people freaked the frick out. I mean...seriously people-it's just snow. No ice. No freezing rain. Just snow.

But after spending 20 minutes prepping my car to drive amongst the idjits, I realized one thing-what a great photo-op I'd have on the way to take Jen to school. So, I grabbed the camera.

And there were some GREAT shots on the way. Picture perfect pine trees with the Rockwellian dusting of snow. Things that Christmas Card makers dream of.

But unfortunately, traffic wasn't crappy enough to afford me the chance to stop and snap some shots.

All of the following shots were taken after I dropped her at school and was heading to work.
Most of them were taken through the windshield. I'm happy with how they came out. A few are 'desktop background' worthy (And you'd never know that one of them was 100 yards away from a girlie bar...nature's funny that way). 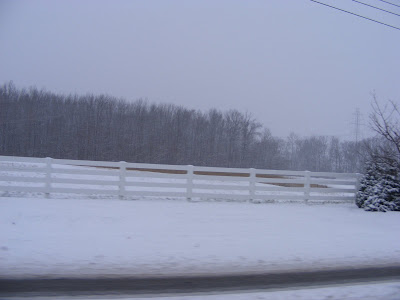 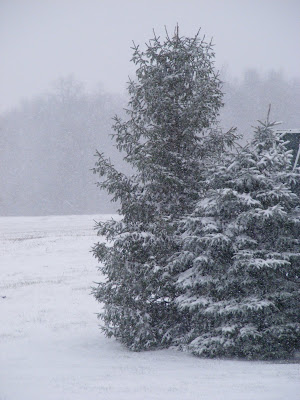 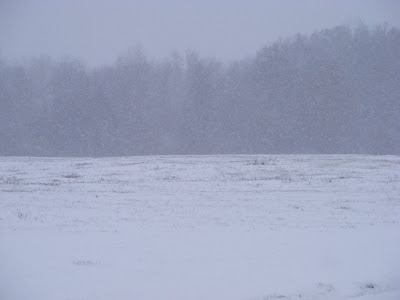 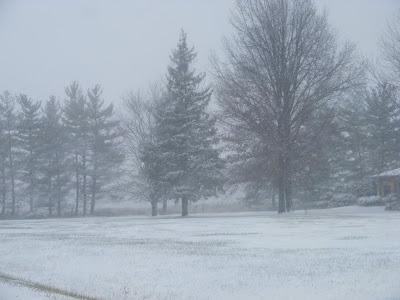 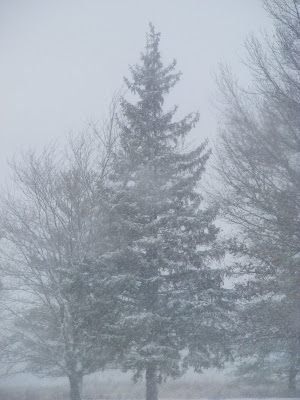 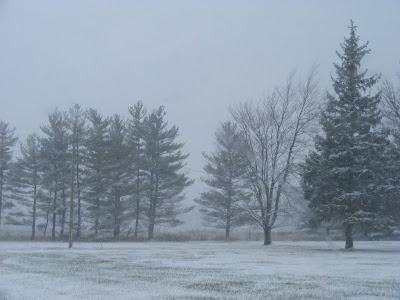 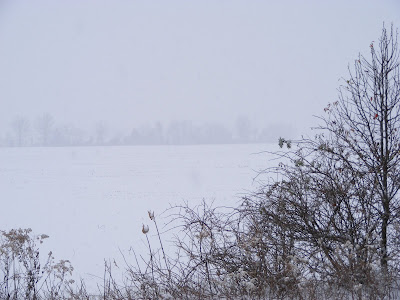 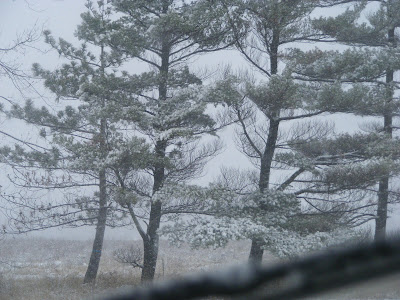 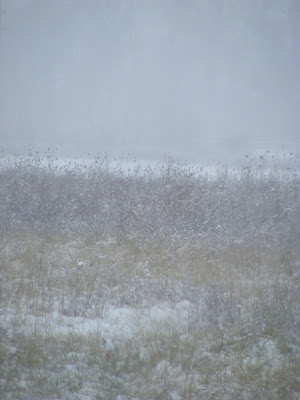 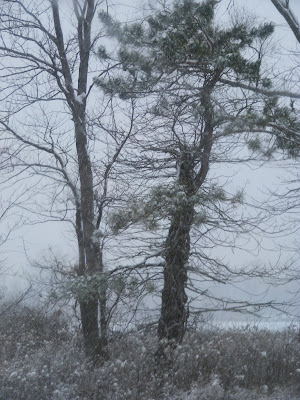 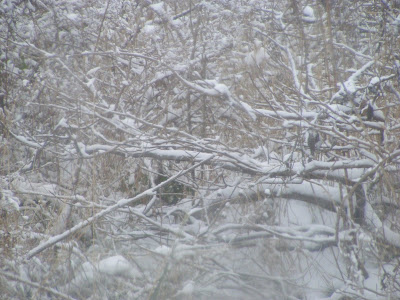 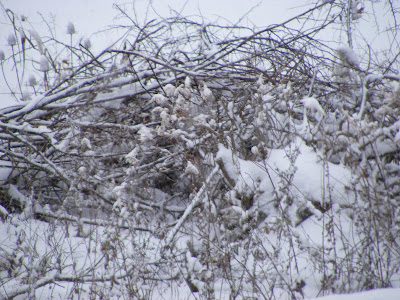 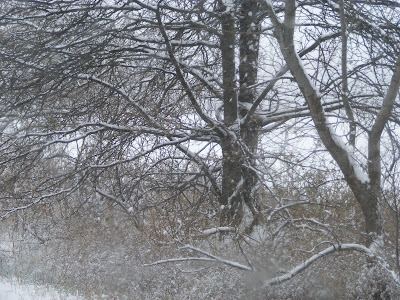 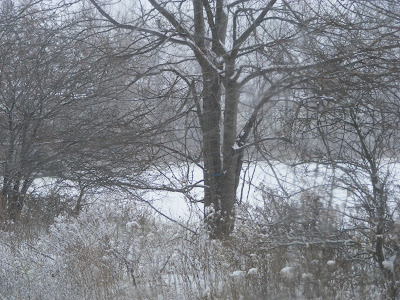 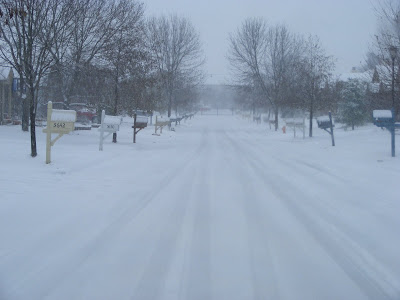 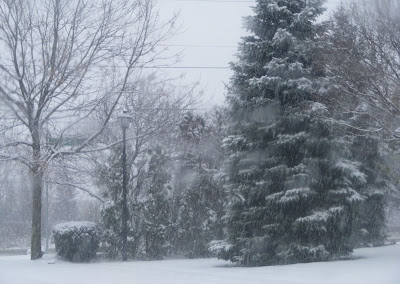 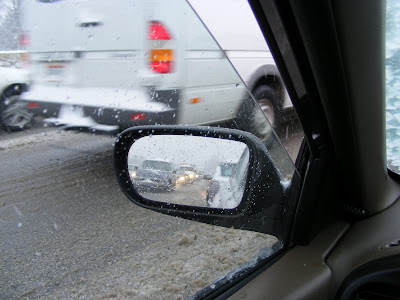 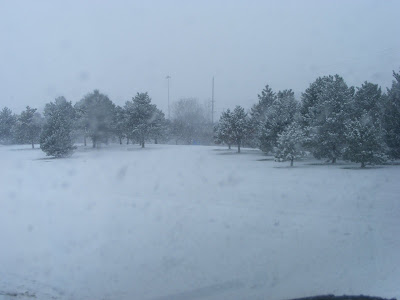 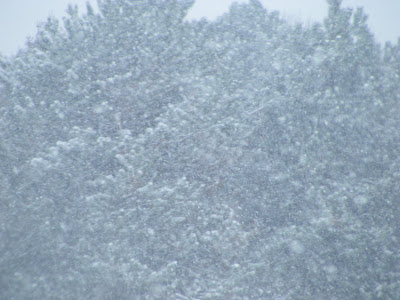 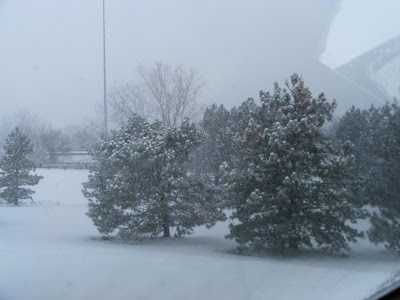 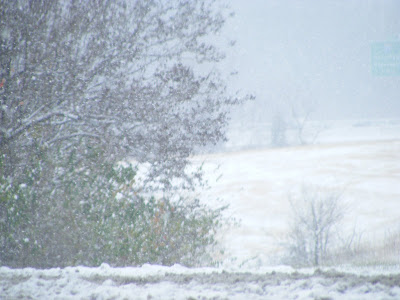 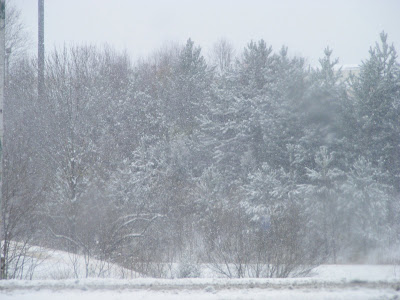 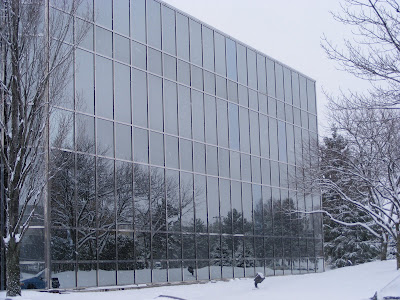 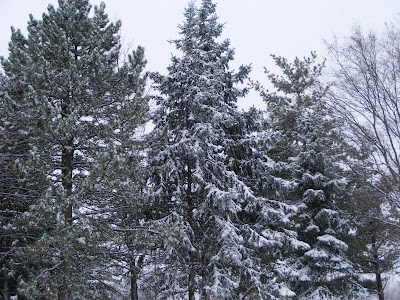 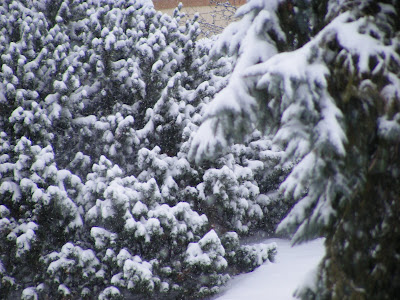 OK...so I spouted off not too long ago about the cool new mixer I got on Black Friday. And truly it's a beast. And I think that someday I might actually be able to harness its powers for good and not for wanking.

But this is clearly not wanking.

This summer, Jen came to me with a song she'd written. She played it. And it Rawked. Last night we recorded it. Using the mixer...straight to harddisk.

so here for you is that song.

"I'm Through" by Jenyfer Skaggs

She sings and plays guitar on the song. I do my best drummer impersonation on the Roland EM-10 (and as such take all blame for the times when the ryhtym seems a bit...off).