So...I struggled with a truly profound way to ring in the new year. A post of epic proportions, as it were.

In the end, there really wasn't much to go on. I could do the 'Lists of 2007' or the 'Hopes/Goals of 2008' but in the end, those are pretty much my business and have no reason being here other than to make me think you think they make me look deep.

I will give you some bad news. There will be a lull in the thrift posts (even more than normal). I was damn near banned from Ohio Thrift after my attempt at a post-Christmas Clearance Bonanza. This was the picture that almost got me kicked out:

I know!!! Right? A Charlie Brown tree that almost assuredly has to be a prop that some high school propmaster/janitor is missing even now.

This...was what greeted us a couple of weeks ago: 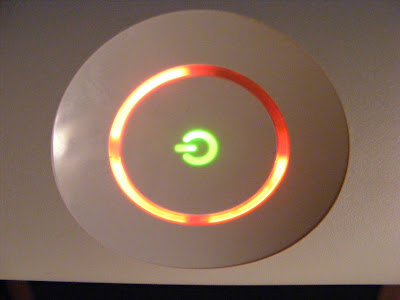 If you have an XBox-360...chances are, you've seen one of these. I'll give you some real-world red-ring action:

And if you have RockBand...you may not need to wait very long for it.

This could very easily segue in to a rant about how how a company like Micro$oft would intentionally put out a project that would fail....100%. It's not IF....it's WHEN. And lest you late-adopters think you're safe because you don't have one of of the troublesome Launch Models..I have bad news for you. It's also being reported in the very newest models to.

Fear is the mind killer.

Speaking of Dune. This is my favorite picture so far of 2008. Hands down. 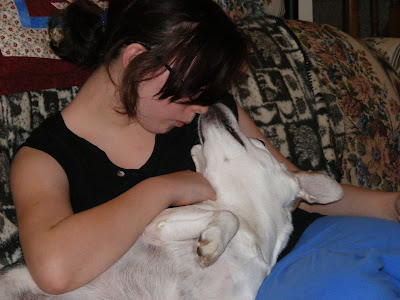 And this is what I look like after I let my facial hair go for 10 days, and then shaved it into the 70's/Superbad 'stache for 70's Dress Down Sunday at church.

All Jen kept saying was 'shave it off. it's scary' and Tommy just kept laughing...well, it was that weird smile where he wants to laugh but he's not sure if he'll get in trouble or not. He probably would not have.

So...in the end (like that afternoon), I shaved it off. But not before I entertained thoughts of....no, actually I did shave it off before that. Nevermind. 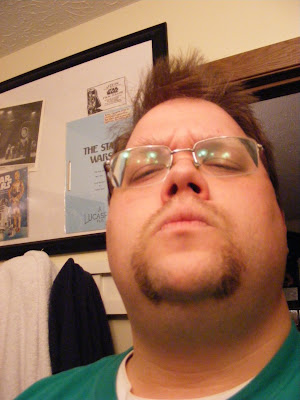 Stayed tuned for a Side-One-Track-One revival sometime in the near future. I was recently informed that there was not a single episode in 2007. And really, there's no excuse. Although I think I might start calling it Side One Band One, since that's technically accurate. And as long as I'm being prickish about vinyl (and yes...I'm fully aware that my credentials exist largely in my head and have no bearing on reality in the least)...I might as well be a prick to the fullest extent of the law.

And there you have it.

Sorry that your 360 went belly up again. :( Is it still under the extended warranty, I hope?

That pic with with your daughter and the dog is awesome

That beard was sweeeeeeet. Too bad it's gone.

Yeah. The 360 is covered. M$ knows there's an issue. So, basically they're covering this repair for 3 years after the purchase date. So...basically we're getting a new (to us)one every few years, because they know there's a problem.