Today Was a Good Day

In the immortal words of Ice Cube (whom I used to think was Ice Q for some reason), "today was a good day."
I stayed up until well past midnight last night. The five hours previous were taken up by an IMG meeting. Which was cool. But I was tired after that (and pretty much after the previous week, period). So instead of typing out and sending the meeting minutes as soon as I got home, I crashed.
Got up at 8 to let J- in (she'd slept over at a friends). She promptly went to bed. I went back to bed for about an hour. Then got up to get ready to start the Awesome Day!
Got ready, threw some juice in the ride (I got front an' back and side to side) and headed over to the Haimeral (sic) Center for the RECORD SHOW!!!
Now, it's been a good....oh....4 years since I've been to a record show I'd guess. Last time it was at Vets Memorial (and it pretty much blew). So I was jazzed to meet up with Ian and Darrin at the record show. Darrin had the mission of not spending anything. I wasn't sure what Ian's mission was, but I went armed with $50 and a dream. A dream of "Wish You Were Here" on blue vinyl (which I would not have been able to purchase for $50 if the DID have it, but that's harshing the dream, now, isn't it?)
I have to say, it looked and smelled pretty much like I remembered it. I circled the center a few times and was thinking that I wasn't going home with anything but a test pressing of Mother Love Bone's "Shangri-La." I made one more pass.
By the time I left I was $33 lighter ($4 for the get-in-fee, $29 on rekkids).  And this is the booty of the day:
I got this for no other reason than it will make good sample fodder (since I'm slowing working my way back into Acid Jams). 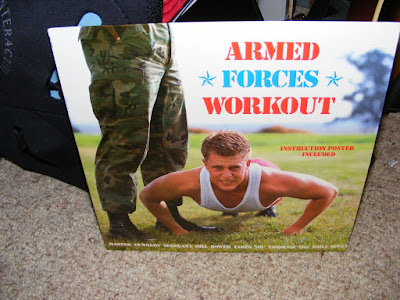 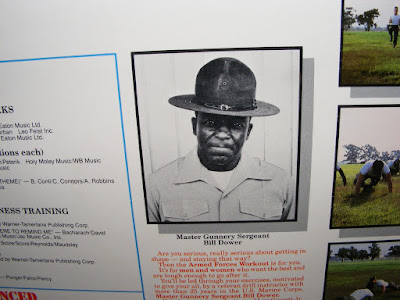 This is gonna sound like bullsh*t, but I got this because it has the saddest song of all time on it. Red Sovine's "Teddy Bear." If that doesn't make you weepy, you have no heart.  Oh, and the cover on this one ain't bad, either. 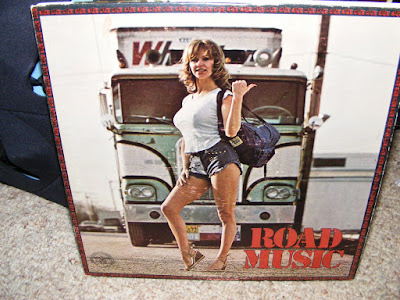 Around the world...in stereo? I have NO idea what this is going to be like, but based on the title, I'd say it's gonna be...in stereo. 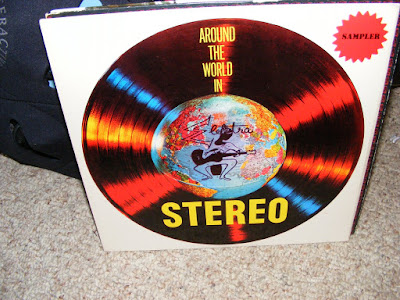 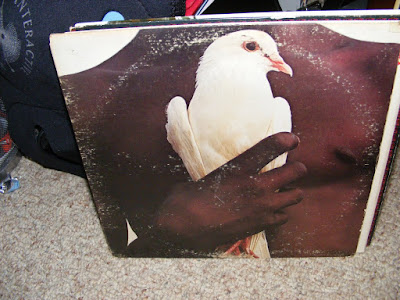 This one is still sealed!!! I don't know if I want to be the one to break the seals. Didn't something bad happen to Demi Moore when the last seal was broken? 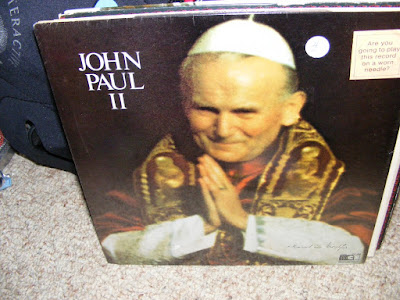 Ahhh. Gotta love the Catholics. They even throw some guilt on their rekkids! 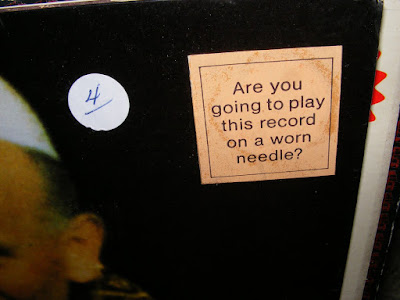 I have to say that I've liked English Beat ever since 10 years after I first saw Ferris Bueller's Day Off and figured out that they were the ones that did "Mirror in the Bathroom" (the song that plays when he's racing Jeanie home). Same thing goes for Yello. 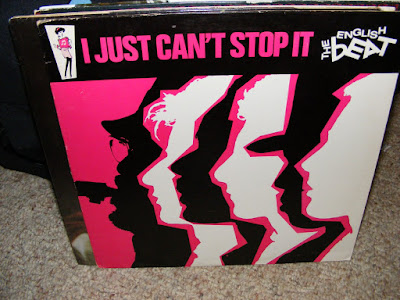 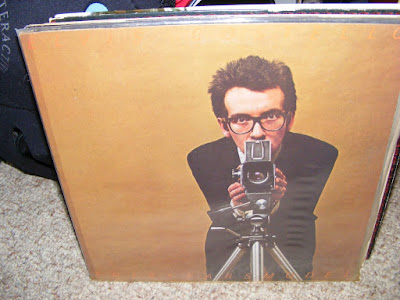 The only other Ministry I had was "Jesus Built My Hot Rod" and I dug that. So, I figured this one had a shot. And pensive chicks sell records. 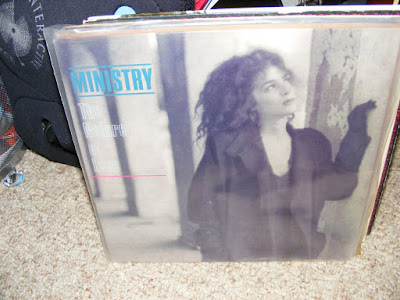 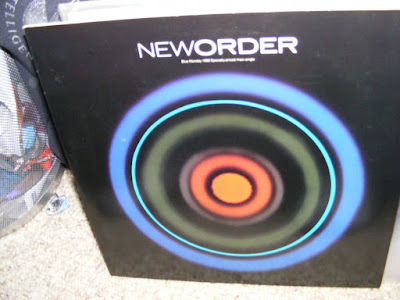 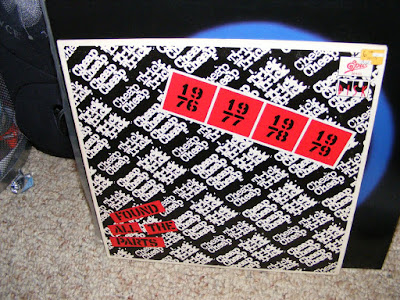 Ian commented that he's surprised I didn't already have this. And he may be right. I do have something like this, but it's a different publiser. And this one has a book! Books r gude. 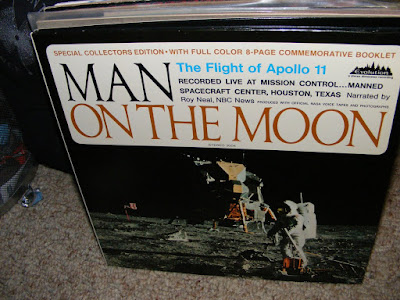 I said I got this for Nancy, but after finding out that she only likes about half of the songs on it, I'll own up and say I got it for me. I loves me some live "Thunder Road" and "The River." 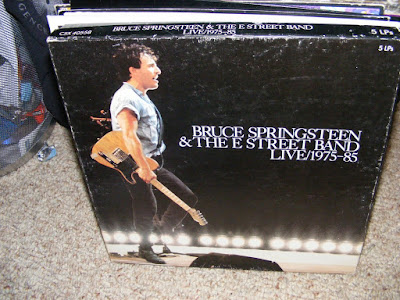 And that's about all I got from the Record Show.
From there we hit "Gyro Express" which I'm pretty sure is a front for something far more nefarious than titzeekie sauce (I had to go phoenetic sice I didn't feel like googling it) and pitas. We killed (no joke) probably about 90 minutes there. Catching up. Making fun of metal demigods from the 80's. And I even won the 'LA Metal Scene Pop Quiz' with my answer of "Hollywood Roses." Circle takes a square, thankyouverymuch.  The things you learn from books.
And from there I headed home. As did Darrin. I don't know if Ian heeded the siren song of Guitar Center or went back to play the last Ride album and the french chick CD for K.
I got about 20 minutes of chill-time. Then Donovan came over in need of some track mixing and editing for the performance he was giving in 3 hours. So after some slicing and dicing, I sent him on his way. I hit the throne and then hit the road for the Expo.
The Gospel Expo was not what I expected at all. There were parts that were cool, and there were definitely some WTF moments. But the spoken word stuff that Donovan threw down was do-o-o-hope! I video'd with 2 cameras, so hopefully I'll do it justice with the vids.
And with that, I'm throwing the load from the washer in to th dryer and hitting the sack.
Peace out y'all.
at November 15, 2008

Dude. It was a fun time... even if I only went home with one record which I only got because I remembered that one of my friends back in elementary school had this alum and I thought that the cover was awesome.

What other reason do you need? :-)