The Myth of Helplessness

(before I begin, let me say that I am by no means saying I have all of the answers, these are just some insights that have hit me lately).

I was talking to an old friend the other day about a situation they are in. It's marital in natural (and I'll leave it at that). But as I was talking to them, they said something that struck me right smack between the eyes. In essence they said they knew (whatever-whatever) was wrong, but they were powerless to change it.

We all have dual citizenship. We are beings of Heaven and of Earth. Of Spirit and of flesh. God breathed in to the dirt and created Man, IN HIS IMAGE. So...let me just break this down (because it's only taken me a good 30+ years to figure this one out)...we are FROM GOD, OF GOD and LIKE GOD. Get it?

"Most assuredly, I say to you, He who believes in Me, the works that I do, He will do also; AND greater works than these He will do, because I go to my Father." John 14:12.

That's Jesus. You know, Son of God. Savior of Man. Did you catch what he was saying there? If you believe in him, then YOU can (and will) do everything that he did (heal the sick, feed the masses, be a light in a dark place)....AND GREATER. Jesus set the bar with works of faith. But he's saying "Look man, here's the instruction manual. You can do EVERYTHING that I did...oh, and by the way, I need to go back to my Pops, so you're going to have to do GREATER things than what I did while I was here, mmmkay?"

So, how can we do the works of Jesus...actually greater works than Jesus and still be helpless in the situations of the world?

Yeah. I said it. We are helpless in the world because we choose to be. We choose to be bogged down by the trappings of this world. We choose to bury our passports and travel visas from Heaven away in some dark chest and only pull them out for the really really important things.

I can hear you now..."But Todd, why would someone choose all that? All that pain and suffering, to be locked in situations where they feel powerless?"

God gave us free will. It truly is a double edged sword.

You have to choose to accept your heavenly inheritance (and here's the kicker-you're not supposed to wait until you're dead to reap the rewards of heaven, that's not the way its supposed to work).

On the other hand, you can choose not to.

And somewhere along the way, the enemy has clouded the path laid before us and convinced us we were lost and that God only wanted to help us with the big big things.

So...this God. The God that knows every hair on our head only wants to help with the big things? Sounds like He's pretty interested in the small things, too. If we choose to let him be involved in ALL aspects of our lives, we will have blessings in this world unimaginable.

And this is a good place to interject something.

I know this in my heart to be true. I know that there is biblical precedence for what I've said. AND...I know that I'm not there yet, folks. I still have to choose...every day.

For me, it's like this. You know those movies where the prince goes out in disguise and kicks it with the peasants? And it's like..'hey...this is nice. I've never had to kill my own food or milk my own goat before...how cool.' And in these movies, there's always some case of mistaken identity or a plot by someone who knows the true secret to trap that person out in peasant-ville. And only by revealing his true nature and identity does the prince save the people that he has come to love (because he's been among them now).

Wonder why those movies are so popular. Why the resonate with us. Why they sound so....familiar.

Because we all read the book (at least most of us have seen the book). But we read the book of that movie. It's called the Bible.

But the catch is...in the book, the king wants us to know that we are ALL his sons and daughters and ALL have the benefits of being of the royal lineage.

But we don't read the books anymore, do we? We choose to go to the movies. And have the stories fed to us. And the part that sucks is that when they make a movie, they usually change it a bit from the book.

So instead of ALL of us being the prodigal sons and daughters that God is calling home to enjoy the benefits of heaven (AGAIN...BEFORE we're dead)....in the movie, it's just one prince.

And thanks to the very clever marketing campaign of Satan, we bought it. We bought that financial hardships are a way of life. We bought that cancer means our life is over. We bought that our marriage isn't worth saving, so we should just divorce and start all over again.

No. You're not. That's ONE of your natures. But you're also a divine being, the son and daughter of God. But you have to choose to wear that coat.

And, trust me...I've been there. Recently. Feeling like I was in a situation that was just helpless. Like I had to just accept things were the way they were and there was nothing I could do about it.

But it's just not true.

Now, the key is to choose, every day, to remember more and more of that kingdom nature. To infuse that in to the nature of the world.

I know I'm going to falter. But I also know now where the path leads. It leads home, to my country of origin. I just have to choose to head there. One foot in front of the other.

You may recall me posting about un-shelving the "Crapumentary" film project. Well last night I finished capturing all of the footage from the shoot. It's probably topping in at about 15hrs of footage. That should give me a good 60-90min movie if I cut it right.

Darrin and I have kicked around some ideas for it...the main one being a 'fly on the wall' view with me 'going back' via the wonders of chroma-key (green screen) and playing around as Darrin records.

There's some good footage of just the room, too. And since the camera stays stationary, I could use it to make different layers, so I think I can do some cool isht with it.

I'm just really excited to be working on it. The thing has been shelved for 4 years...Darrin thought the tapes were lost (little did he know that I kept the original VHS tapes AND the cassettes he recorded the 2nd Audio on right next to my vid PC since the day we shot it :-)

Another cool thing about this project is the fact that I cut probably my first 'real' trailer. I'm almost as excited about that as the whole movie.

Here it is. Enjoy. And look for Crapumentary some time in May.

Some pix of the moon from the other night. 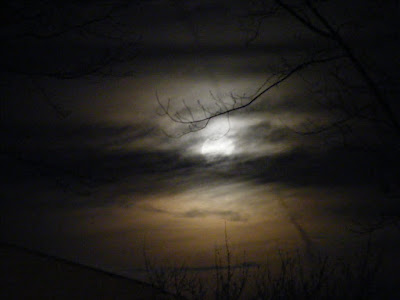 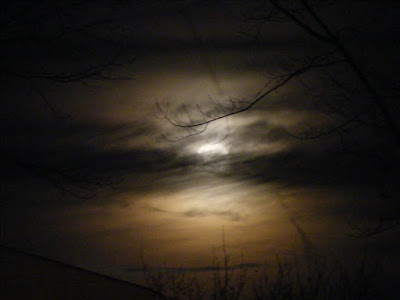 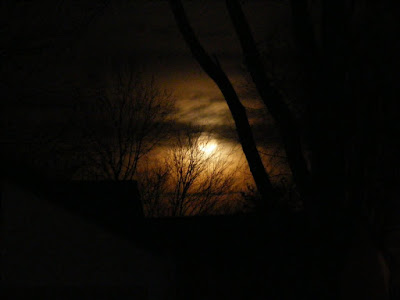 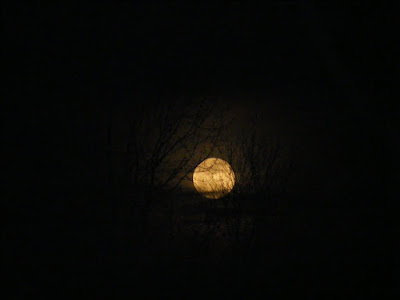 (if you save them as desktop background and choose 'center' they look pretty tasty)
at February 11, 2009 No comments:

Been a while since I've laid anything new down as my nom de plum 'Aural Fixation.' That's my 'cut and paste-techno-dancey-electronica' smack. Which, most of the 4 of you reading this already know :-).

Anywhoo....capturing the footage of Darrin going through his creative process for the Crapumentary has stirred that bug in me. So, I threw down a new track last night after a tasty dinner of Spaghetti and Tater Tots (yum).

Here for your exposure is "IMBack" (either "I'm Back" or "Instant Message Back"...see...adjustable for a brave new world).

In February of 2005, my main man Darrin was way into the AAD (Album A Day) scene. The concept (at an ultra high level) is that any art and creation is good even if it's bad and that by forcing certain aspects (such as time of creation) the artist will produce more (eventually getting to the good stuff at some point). Such is my take on it. So, the rule is basically this-you must complete an album from concept to final product in 24 hours. There's fine points about length of the whole thing and # of tracks etc., etc, but you get the gist.

So, right. Rewind. February 2005. I have the Bright idea of doing the video version of the CrapArt project (which I aptly and quite unoriginally titled 'Crapumentary'). So I asked Darrin to let me set up a camera and have it roll while he did his creation....sort of a 'observation of an artist in the wild' kind of thing. I had a 'Hot Wheels' camera (that I ganked from Tommy). And I had 24 hours worth of tape. We were set. Darrin agreed.

On Feb 17th, 2005 I stopped by to show him the gear and set things up. I also got some interview-y type questions at the time on my other POS camera (the Aiptek SD videocamera).

On Feb 18th, 2005 he started his album. And he completed it sometime the following Sunday, I think. I got the tapes and gear back and was all set to make my masterpiece.

Through moves, and life, the tapes sat. I always kept them by my editing computer, to work on...when I had the time.

Fast forward 4 years...Feb. 9, 2009 and I'm starting the process of capturing the video. And dude...it's gold. Darrin went so far above and beyond what I had even envisioned...he set up a clock right by the camera...he had a secondary audio source for recording...and a clapper to sync the vid and audio. It's blowing my mind. And sure, I'm guessing he probably did some things that he wouldn't normally do on his typical AAD efforts, but holy crap. This s**t ra-hawks!

I am only about 30min in to the footage and I'm already seeing a 'talk show' or 'where are they now' kind of theme in the movie....like the 'long lost tapes of Daring Nails' or something like that. Because, this stuff is awesome.

I'm jazzed to start working on this. There's a real good chance it could suck bawls....but if I have fun making it, then feck off. Because that's why I started making movies in the first place. And I'm sure at least Darrin and Ian will get a chuckle out of it with me.

Today is a special day to me. For some it's the day that a guy was crucified and then came back to life three days later. I'm not ge...