Before you read this, you should know 2 things.
If you're expecting a review based on...well, anything, then I'm sure there are other sites that will accommodate you and tell you that this camera angle was wrong or that bit of mythology didn't match up to the REAL mythology. I ain't that guy.

I'm gonna give you my 3 word assessment of the 2010 re-tread of Clash of the Titans.

Yup. Fun. It could have easily 'sucked' (and based on what some of you have said after you saw it, it did)...but to me it was a blast.

The basic elements were the same, but the best part of this was there were only a few times in the whole movie where I found myself trying to remember how the story went in the original. The update had a good feel...they kept the whole reluctant hero vibe...and they even resurrected an old friend from the original (Who? I won't tell you who- you have to see it on your own to figure out who).

Most of the characters were the same. Some were shifted around, others were brand new.

The point is, I had fun in this movie. I saw it in 2D because I know that was their intent (and it was only sent back for the 3D overhaul after the success of Avatar). 3D is the new bullet-time...but I digress.

Point is, I had fun. Which is why I dug the first one so much almost 30 years ago...it was fun.

Which is always good when you're watching a movie like that.

What's great to me is they knew what they were making...they were re-making a cult classic. The original is no great piece of epic cinema...but it was fun. The movie posters should pretty much sum it up.

After that, you'll have to go see it and judge for yourself (but remember...have fun!) 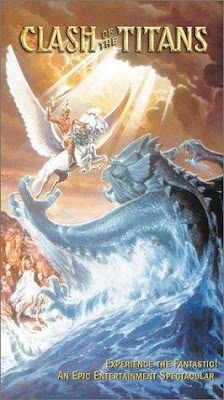 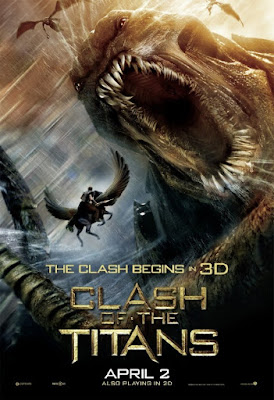 Glad you enjoyed the movie.

Somehow, during my formidable HBO years, I never once watched this movie. I was more interested in watching War Games or Midnight Madness for the nth time.

Sometimes it's rather tough to drop the critic filter, watching for what is right and wrong in a movie, and just enjoy a film. It sounds like you were able to do that, so kudos to you.

And I agree with you, that 3D is the new bullet-time, i.e. using a piece of technology just because it's new. We've already seen movies go back to the printers to have #D effects added. Up next will be one of those spoof movies. And then next will be a new 3-D rom-com starring Jennifer Anniston or Reese Witherspoon which everyone will look at in confusion and say 'um... wha?'.

Yeah...I pretty much watched it whenever it was on. It's probably my Midnight Madness from that era :-)

And...wasn't TOO hard to drop the critic filter (after all, the original wasn't Citizen Kane :-)).

And I hear you on the 'send back to make the 3D print-as I understand it, that's exactly what happened with this one. And to me..seeing it on the UltraScreen was just fine...didn't need that isht coming at me in 3D when it's 3 times the size of a normal movie screen anyway :-)

It was fun...and that's pretty much all that mattered.

Bonus was having a discussion about District 9 with Tommy on the way home...talk about unexpected.