Reason #28 that I'm happy I deleted my Facebook profile: I can use song lyrics/titles as the titles for my post without starting some kind of cyber riot (ok..not that that ever happened, but hey-it sounded cool). 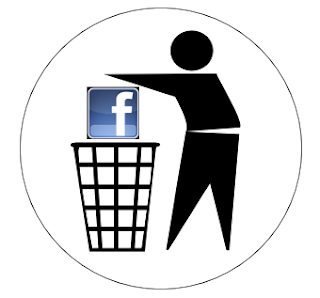 I found this super cool graphic doing an image search and when I actually went to the site before stealing the pic, I read the article that accompanied it. And it was pretty cool. I'd recommend it. Check it out here "5 Reasons Why I Deleted My Facebook Profile"

I was asked today if I have tried to go back to my Facebook page since deleting it. And the answer is-no. I can't. I have to resist that urge (although the urge hasn't really been there) for the next 14 days (Well, about 10 or 11 days now). If I click on my account (or an app that was logged in to my account), it will re-activate it. I'm sure it's their way to combat the 'I accidentally deleted my account when I was drunk and stupid' syndrome. But it's also kind of a sneaky way to have people click back in and get right back on the horse.

I don't see that happening for me. It's easy for me to see how better off I am without. Oh, and if you're curious--no, my deleting my profile was NOT some kind of statement or protest or commentary on my friends who still have profiles. It was ME choosing to delete it for MY personal reasons. Nothing more. Nothing less.

It's gonna be nice to have a post where I don't bring that up anymore.

Father's Day kinda sucked this year, I'm not even going to lie. Oh sure, I got to spend time with my dad today.

About 4 hours as a matter of fact.

In the St. Ann's Hospital waiting room. My mom's been fighting diverticulitis and there were issues. Without getting too graphic or anything, these issues led to her going to the Emergency Department yesterday and to them having to do surgery today to remove part of her colon to address the issue.

She's OK. Resting now and will be in the hospital for a few more days. So everything seems to be working out.

It was just a rough way to spend Father's Day.

Especially coming on the heels of having my daughter's graduation party yesterday.

It was just one of those things, sitting there yesterday that I wasn't processing quite correctly. So...um. yeah.

Overall, though, I would have to say life is pretty flippin' good right now.

Oh...and I got a new iPad case for Father's Day. It's one that I know Jen would have gotten for me anyway :-) 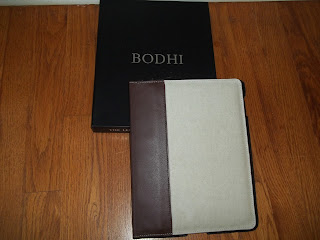 It was originally made for the original iPad, so there's no camera cut out on the back of the case. But that's OK. I can count on 1 finger the number of times I've used the rear camera on the iPad. I don't know much about this company. It seems like it was originally a high-end case (one that I would have never considered, had it not been on sale at Tuesday Mornings). But I like it. It looks like a 'Todd Case' (if such a thing exists).

Alright, I'm waiting now for this load of laundry to make it to the spin cycle, then I'm off to bed. Another day in the books. Another list full of blessings.

After all, that's pretty much what it's all about, huh?


Have a great night....sleep well...and don't forget to bring something back with you from Dreamland when you go. It can make all the difference.