It's been a good week, overall.

Sure...Mom's still in the hospital (but I think she's going to get home today). And sure I've had to get up a couple times this week to do installs at work (which isn't really that big of a deal since I've been getting up around 5AM to ride the bike anyway).

But overall, a damn good week.

And now, some Photog-y Goodness for your Phriday.

These were also recently posted to my Instagram account, so you may have seen them there, too.

I'm a sucker for some wicked sunset pix. I think on my list of things to do this summer is find out some of the steps that are used in the Instagram app to get some of these effects, because I'm digging them. 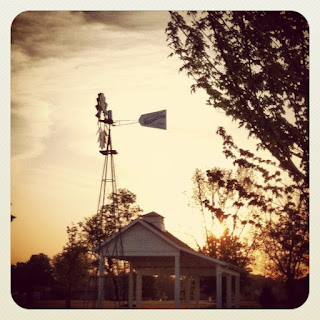 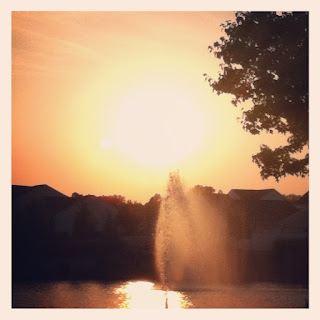 If you popped over here from my now dead Facebook page, first off-hi. Second off, this is what Todd looks like now, minus the 55lbs he used to be carrying... 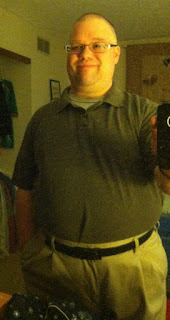 Yeah, I think it's pretty damn sweet, too. I'm going to need to hit the thriftstore soon. Next week should be 1/2price Wednesday (and coincidentally also pay week--win/win).

Speaking of winning, my daughter turned 18 yesterday. Not sure I'm quite ready for it, but I don't really have much of a choice, so, I just manned up and said 'Yup. I'm old' (well, AGE wise I'm not really old...and mentally I don't feel old...and physically I feel like I'm getting younger, but I just had my daughter graduate high school, so that makes me old...or something).

As is our tradition, we did our annual Daddy/Daughter birthday dinner. She decided to push the envelope a bit this year by introducing her old man to Korean cuisine.

The meal started off with some tasty dumplings... 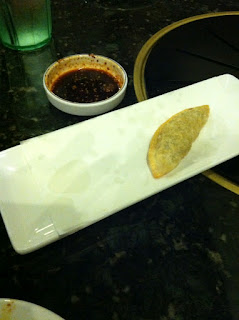 This is my Bibim Bap...I'm not sure what all's in it, but if you add the red sauce (or Devil's Urine as I have come to affectionately call it, it's hot as f**k).... 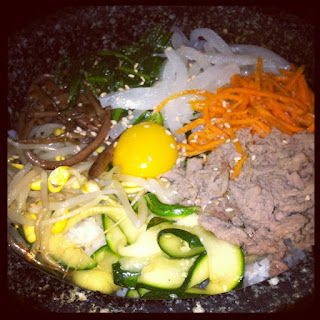 You're supposed to just mix it all up...this is the 'pre-mixed up shot'...it actually tasted a lot better than it looks above.

One thing about Korean restaurants (I suppose) is that they load you up on sides. It's part of the meal. Jen said it was rude not to try everything. And between us, we did. 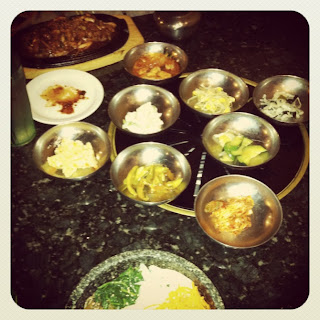 My favorite was the sampling of the Korean BBQ ribs. That's going to be what I order next time. Seriously good flavor.

And here's my birthday girl...18 and full of smiles to be having dinner with her papa... 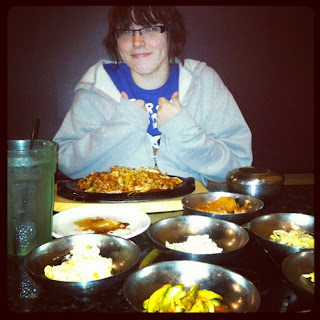 Her plate was some dish I can't remember that consisted of pork, squid, and veggies. I tried a piece of the pork, but it was so infused with the seafood taste that I quickly regretted it. Jen loved it though, so that's all that matters.

And with that, I go to face the day.

Here's hoping your day is so full of blessings that you have no choice but to share them with others.