It's been a crazy week. That's not really as much of an overstatement as it might seem. We've got a couple of people on vacation at work...so I've been having to work some longer hours and shifts that I don't normally work.

The funny thing about it is, I don't mind at all.

Have I covered this already? I kind of think that I might have. I am feeling a bit too lazy right now, though to actually pull up previous blog posts and see.

And like any pseudo-intellectual positing thoughts of cerebral anarchy on the interwebs, I start every awesome-sauce post out by titling it with a semi-obscure song lyric from a classically 'alternative' track.

Oh, and pictures of clouds. We can't forget them. 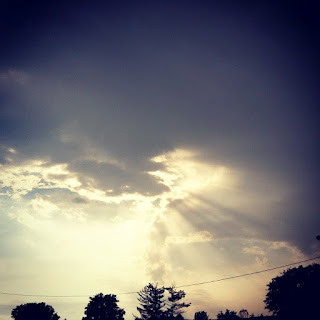 Ahhhh. Much better. Speaking of work, I'm a bit of a goofball sometimes. I'm pretty sure they are at once both pleased and slightly frightened that they hired me. We had a fan in the server room (in case one of the AC units died)...unfortunately, it's dead. 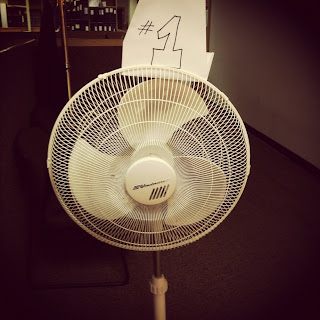 Speaking of photography (no. I wasn't, but so what?). I was picking some things up from CS Graphics...and saw this from when Dad ran my last batch of business cards. I thought it was cool. I'm gonna probably wind up framing it because I just think it's that cool. 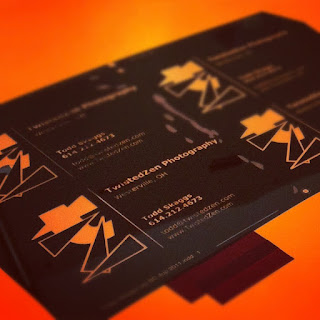 And, if you did happen to need a photographer, look me up (the number's on the card, and the web site is due to be updated).

So...back to the weird hours this week. I was leaving for work at 12 (I was working 1230-9) and decided to go through Arby's drive thru and get a couple of sammiches to munch on during the commute. I pulled up and the faceless voice at the menu board said 'Welcome to Arby's, our drive through register isn't working, can you come inside to complete your order?'

To which I said "No. I can't. I came to the drive through for a reason. To NOT get out of my car" and I drove off.

Yeah....drove out of the drive through without getting my food. Went over to Timmy Ho's and got a couple of chicken snack wraps instead. Oh, sure. The time I spent driving from Arby's to Tim Horton's was probably more than the time it would have taken to pull around and walk in to Arbys for my order.

Point was...I WANTED to go through a DRIVE THRU...I was comfy in my car...and didn't have to stand next to anyone else in the sweaty lunchtime crowd. That's kind of the whole point.  That's the second time I've driven out of Arby's Drive Thru without ordering. The first was last week. I drove up and asked if they still had the 2 Arby Q's for $4. She said 'no, they're the regular price, would you like to order them?' I said 'no thank you.' and drove off.

I have to say, I've been fortunate in that both times, there hasn't been anyone in front of me. Nothing kills a good drive off like having to wait for the car in front of you.

It's all good though, on the way to work I got behind this truck. I have to say, it's quite possibly one of the most unfortunate website URI's I've had the pleasure of seeing in person. I don't know what a sex press is...or why Mario has one...and why it takes such a big truck. But it made me giggle. Or rather, it made the 12 yr old boy inside me that still laughs at dick and fart jokes giggle. 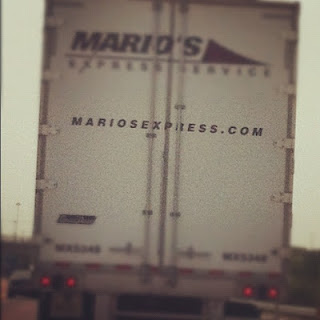 And with that we roll on in to Friday. I've been feeling the familiar philosophical tuggings lately. That whole 'splinter in your mind' analogy that Morpheus capped so well in the first (and still best) movie of the Matrix franchise (it's not fair to call it a trilogy since there was the Animatrix and the games that were supposed to also fill in the story).

Anywhoo....not sure where that's all going to wind up. I feel like there's some big things on the horizon. I can't say what they are or what they even mean. It's just like....you know sometimes how you can smell rain coming? Or maybe it's just me...I can honestly smell rain  on the way before it hits. Not always, but enough to know I'm not crazy (at least not about that). But it's like that. Rain's coming. Only not like rain rain...but some kind of ethereal rain.  I can smell it on the air.

With that, I take my leave for the evening. Stories of good-times karaoke and physics defying pool shots will have to wait until the morrow.