This was a fantastic weekend! I mean, one of those epic weekends in which the epicness just sneaks up on ya and bops you on the head as though you were a field mouse and it was little bunny Fou Fou. Yes, THAT kind of epicness.


Friday's Hapkido class wore me out. That class continues to challenge me. There is a lot to learn and I really need to practice more in the off-class time. But man is it awesome. Kickboxing on Friday really wore me out. There were only 3 people there, plus the 2 instructors. So the workout seemed to be kicked up a notch from normal (maybe because the 3 of us were also Tang So Do/Hap Ki Do students?). Not sure. Either way I left Friday thoroughly wiped out.

Showered and from there headed over to the folks for a bit. Had some chicken and rice (one of my staple meals) and then headed to Brewstirs to meet some friends for drinks and, as it turned out, quite a fun night of playing pool. AND yours truly won a tidy little sum at KENO.

I was lazy Saturday. I spent the day chilling. I gave the wife some of the KENO winnings (enough to buy her new phone), and then went to Wally World to get my glasses repaired (they got damaged in Hap Ki Do). $2.01 later, the nosepads were fixed. And I did something I rarely do...I wandered back to the media section of Wal*Mart. About 25minutes later, I walked out with a stack of Blu-Ray movies. The rest of Saturday was spent watching Blu-Rayee goodness. I mean, afterall, that's what KENO winnin's is about...getting something shiny and pretty that the 'practical' you wouldn't get.

I think the Buckeyes played. I didn't watch the game. Didn't care. I was down the BR rabbit hole.

Later that evening, I got a call from a friend to come take some pix of her band at practice....they needed candids or something for their web site. Turns out practice got cancelled and turned in to a party around a firepit. And it was epic. So epic, in fact, that I did NOT go to Brew-Stirs on Saturday night and wound up crashing at the party place because driving was just NOT going to happen.

Sunday was more chill. Met a friend over at MicroCenter and caught up (something that seems weird doing in real life now, but was oh so easy on Facebook). Chilled with my daughter a bit then drove her back to her mom's. There were no NCIS marathons on (shame on you USA Network)...so a DVR'd episode of Grimm and a football I didn't really care about became the eye-candy of the evening.

And that's how the epic weekend of awesomeness ended. I'm sure there will actually be a few more epic weekends on deck. We shall see. Right now, I'm mostly focused on getting stuff in balance....the crazy weekends definitely help let off some steam though...and that's a gooooooooood thing.

Alright...off to write a NoMoreFatTodd post. Hope you all had rockin' weekends as well! 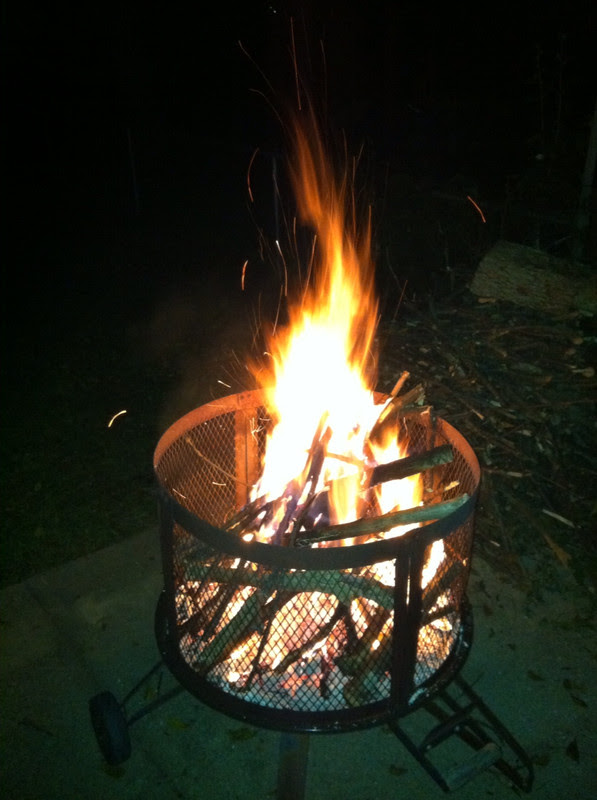