I want to start off with an apology. I have been woefully negligent in my goal of 'doing more writing in 2013' (because that's not a vague goal or anything). Hopefully this update will mark the point where I get back on track with that goal.

And do more writing.

I trust that the 3 of you that normally peruse the cerebral 'uke that spills forth on this blog have found something else to occupy you in the while until I got my head back out of my arse.

Life is pretty good, actually. I'm coming up on my 1 year anniversary at work. And now, as it did in the first week here, it feels like this job is the perfect fit for me. I don't quite know how to describe it other than to say it feels like home.

I'm sure stuff has happened between the time I posted last on here and now, but I don't really feel like playing catch up mode and going in to every detail.

Suffice to say, things are pretty decent in Toddlandia.

I'm still hovering at that pesky plateau of 260 lbs. (which, if you're keeping track, is about 70lbs from where I started back in November of 2011). Now...I know that because I'm working out more, that there's a lot of fat to muscle conversion happening. And I'm ok with that.

Actually....I'm not. It pisses me off. I want to see the number on the scale go lower, if I'm being honest. But, I do recognize that clothes are starting to fit better. And that I'm in better shape at age 41 than I was at 31 (and probably better overall shape than I was at 21).

Something cool did happen at Hap Ki Do last night. Master Han told me, "When you started you could only kick here..." and he lowered his hand to about his ankle. "Now you can kick here..." and he held his hand above his waist. It was a nice moment. It let me know that (a) they really are taking my growth in to account. And (b), it was cool told be told that they were proud of my growth. And it was a nice indicator that I was making progress. Which is pretty vital. I don't always know how far I've come until they say something like that.

And then we sparred. Or as I like to call it "10 minutes of getting reminded that I still have a LONNNNNNG way to go."

Controlled exercises are one thing, but having to put everything together in a continuous sparring session is quite another. Not to mention that when doing the exercises, Master Han wasn't hitting back. In the sparring he was.

And holy crapsicles is he fast!

Still...the cool thing about it was, he gave me the inspiration of knowing that one day I'll be able to keep up with him (at least that's the goal).

Did I mention I was sore? Yeah. A 90 minute kickboxing class on Sunday. Then 60minutes of kickboxing on Monday followed immediately by the Hap Ki Do class makes for a very sore Toddly.

I know that I'm on the right path. I know that by sticking with this, I'll continue to get in better shape and advance my discipline.

And that, my friends, is pretty f**kin' awesome, in my book. 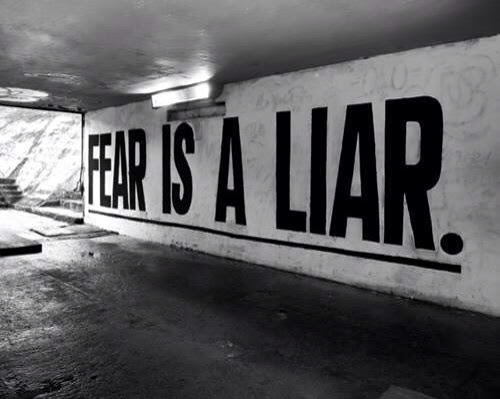 Yeh... plateaus are bugger. Mine got the best of me and I threw up my hands and said 'whatever' and stopped working out. Now I'm flabby and 15 lbs heavier. At least I'm not back to where I started. but, I'm back on the exercise train and trying to re-focus.

Awesome on the kick skills, yo!