I'm Still Not Sure Quite What I Expected

So. Here's the thing. I had the Warrior Dash on my FuckIt List (it's like a Bucket List, but it's shit I want to do as a remembrance that I'm alive...not some checklist of shit I can do and then say 'well, I did everything on the list, time to die.' Fuck that).

When I put the Dash on my list it was for a few simple reasons. Beer. Viking Hat. Turkey Leg. Jumping through Fire. It sounded like a completely kick ass time.

And then the reality hit me. I weighed over 300 lbs and was entirely too flippin' fat to even entertain something like that. Whether I walked the course or not (which I ultimately did), it was 5K course. And someone of my fatitude should not even think about it. So I didn't.

I almost did it last summer. I was flush off of the success of getting below the 300lb barrier and thought I could handle it. The only heat that had space left was on Sunday (Day 2), later in the day. I was urged by my friends who had done it the year before to NOT do that heat. "The water will be nasty and puke filled" was all the motivation I needed.

And then this year, around Black Friday, there was a Groupon to get the entrance fee for $45. So I signed up. And then I did something else...I opted to be a St. Jude Warrior (At the urging of friends. In addition to helping raise money for such a worthy cause, the thought of free food and a private shower at the end of the day was quite motivating and therefore my efforts weren't nearly as altruistic as they may seem. But I did manage to raise $410).

So. I'm signed up. And the people that I know are running a different heat. I had a few other friends that were going to come cheer me on, but life happens (And it's all good).

Which means one thing. It's what it was meant to be. Me and the course. Me digging deep. Me facing the fear of something so completely physical and outside of my comfort zone.

And I was scared shitless.

The good news is, I lived. Oh sure, I'm still sore and my knees still hate me. But I fucking did it.

And the philosopher in me just can't let it go. Can't stop thinking about it.

Digging Deep: One of the biggest takeaways was that I could dig deeper than I previously thought possible. I injured myself on the 3rd obstacle in (out of 12 or so). I kept going. I walked the rest of the way (which I may have done with or without the injury-not going to lie about that). So...yeah...I can dig deep (but digging out of mud sucks). 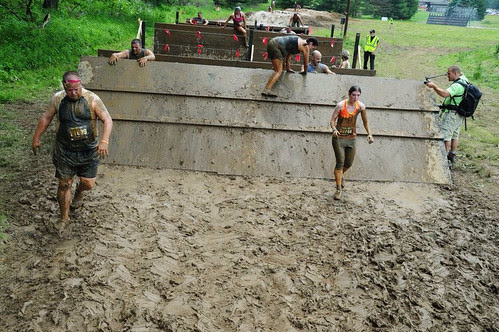 Pain is Temporary (but it lasts a hell of a lot longer than you think it should): Getting hurt on the third obstacle was not my intent. But ultimately it helped me slow down and go at my true pace. It also showed me things on the path that others where just breezing right past. Kind of cool for me. Sad for them. And yes, my knees are still screaming at me. But I'm pumping up the Omega 3's. We'll get it straightened up in no time flat. 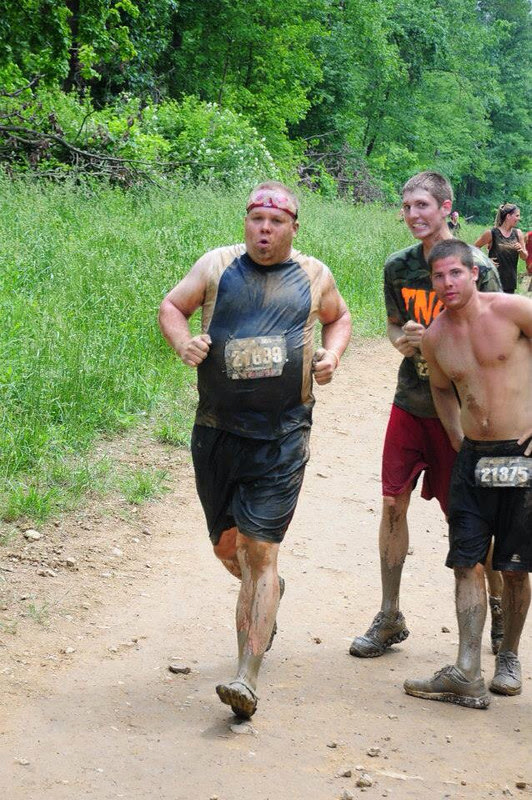 What is your "Best" is only your best once. This one really could be it's own post (or book for that matter) and stems from a conversation that Dad and I had regarding what it actually means when someone says they 'gave it their best.' It's kind of a bullshit concept when you boil it down. But the fact remains--at the end of that run I had nothing left to give. It was all the energy/effort I had left in my body. Did I do my best? You're damn skippy I did. 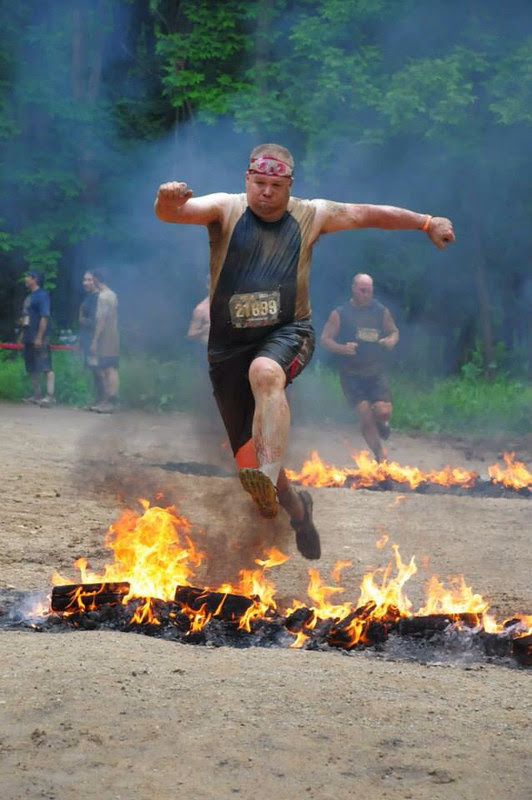 Memory Lies This one is pretty straightforward and is related to other 5K events that I find myself looking at. Clearly my memory has blocked out the pain and is focusing instead on the fun I had. There is no spoon. Just glorious fun. 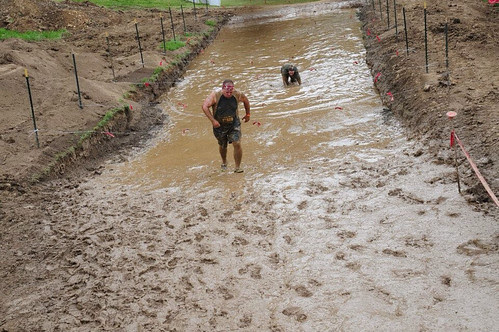 Fuck that Hill. Seriously. The course was at a ski resort. The repercussion is thus. All the uphill portions of the course were on ski slopes or cross-country trails. In case you haven't joined the concepts, it's OK. I'll wait. So...now you see? We were Running UP structures that were designed to be skied down. 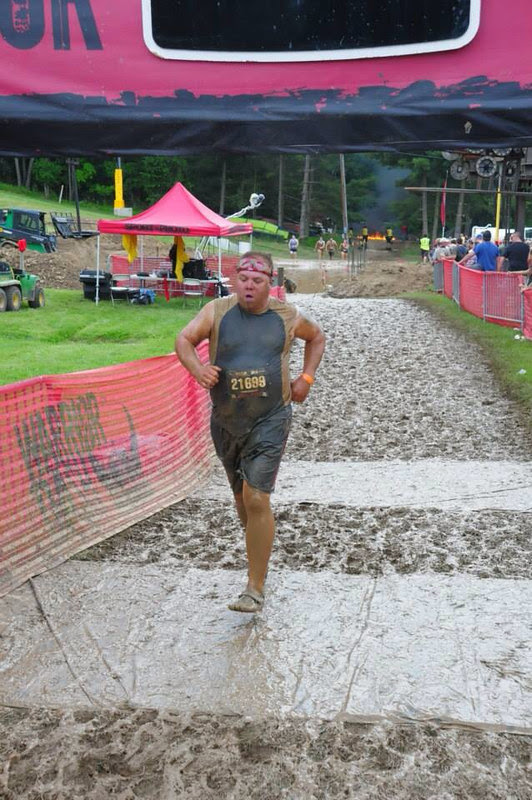 The Obstacles were easy (relatively speaking)--The course was a bitch. I found that the obstacles that arose were easier to overcome once I saw in my mind's eye that I had already beat the obstacles. Good lesson for life, I suppose.

This shit sounded much cooler in my head when I was kicking the idea for this post around. Fact of the matter is I'm falling asleep. I'm sure there are some mashed repeating keys somewhere in this post.

It's all good. I'm going to bed now. Hopefully this nasty ass storm that we're supposed to get overnight won't wake me up.