Musings From The Farm

There really is no place more magical on earth to me than my Grandparents farm. It's 10 acres near Martha, Kentucky. You take the big highway to the not quite as big highway to the blacktop road to the gravel road to the holler and you're there. I oversimplify of course. But that's actually one of the great things down here. Simplicity. 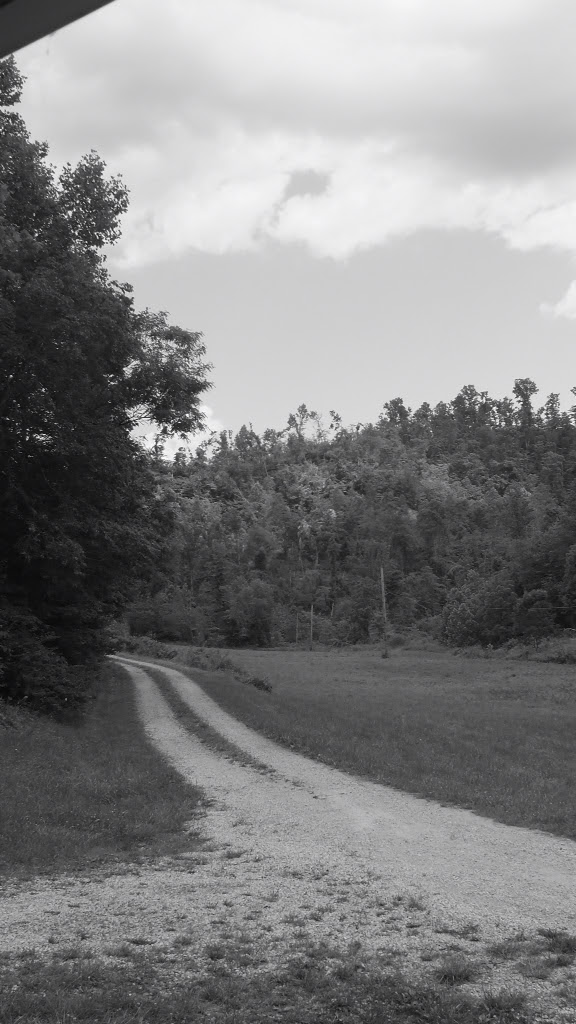 This place is my center. If you've seen my short film "My Father's Eyes" you'll get a sense of this. It was my get away.

It's been far too long since I've been here. In light of all the shit that's been going down lately in my life, I really needed to get back to my center. My place of peace.

This is that place. 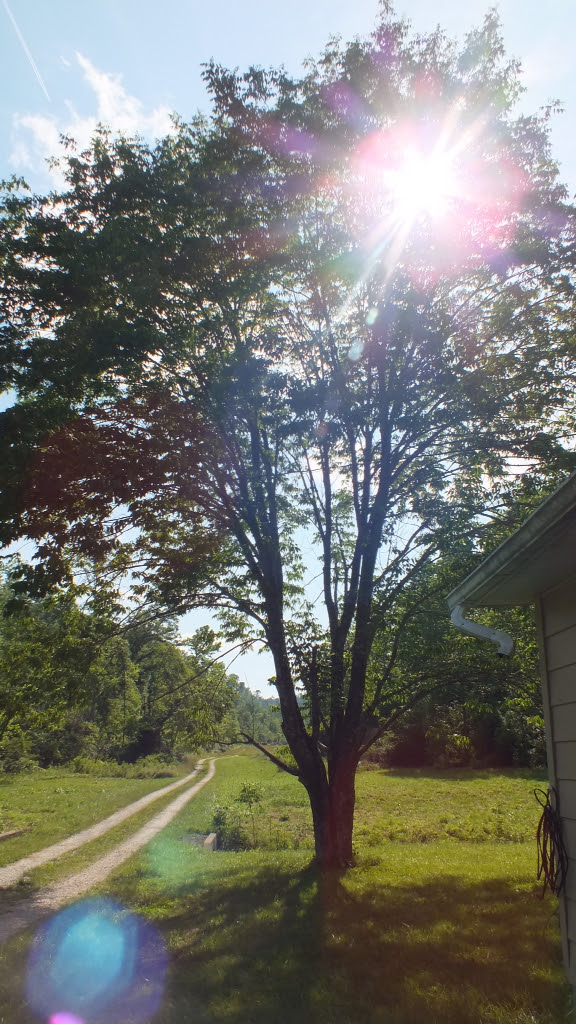 It is the place I come to hear my ancestors. Yes, they are here. I feel them. I talk to them. They talk to me. They say hi in photographs. I can't really put in to words the joy that fills my heart as soon as I get on to this land. My heart knows it is home.

Doubly special is the fact that most often I make the trips down here with my dad. He's a pretty amazing man. I've grown to understand him more these recent years and can honestly say he's my best friend. And I can't really think of anyone I'd rather come down to the farm with (except maybe the Swedish Bikini Skydiving team, but that's a story for another time).

When Dad and I are down here together, the ancestors smile. We can feel them. There are many reasons for that, I'm sure. High on the list is that when this land (not the 10 acres my Papaw owned, but the 155 acres that was my Dad's Papaw's farm) was being sold outside the family, Dad and I were the only ones trying to fight it and stop it. To no avail, unfortunately. 155 acres that had been in our family since it was originally deeded back in the 1800's was, for the first time several years ago, sold to someone not in the Skaggs bloodline. It has since been sold again. It is our hope to one day buy it back and restore it to the Skaggs family. (For further details on that story, check out this film I made about it http://media.twistedzen.com/media/mfe_lo.wmv It's about 85MB, so you might need to right click and download it to watch it, but I think it gives a good understanding of the connection Dad and I feel to this land.

There's a tick on my Dick probably got'im when I peed

Guess that's what I get when my Dick's in the weeds

There's a tick on my Dick probably got'im in the bog

Guess I shoulda mentioned that Dick is my dog.

This is the song that popped in to my head when I was taking a shower tonight. Yes. A shower. This really was a weekend of firsts down on the Farm. We have running water for the first time since Dad and I have been coming here in the past 4 years. We have a refrigerator. We have a shower and a toilet that flushes (you don't really want to know how we handled that situation in the past).

It's been pretty fucking cool down here. I'm not going to lie.

And then there's been a few moments of sucks-balls. 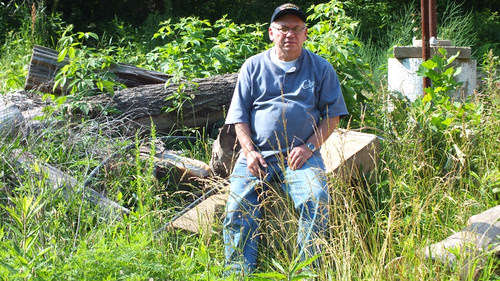 The above picture is one such moment. Dad is sitting on the only thing that remains of his Mamaw and Papaw's house. See...my mamaw and papaw's house was my safe place to go. To get away from the shit at home. His mamaw and papaw's was too. That was my Dad's safe place. And it's gone. That was one of the casualties of the greed of my great-uncles. Nearly 200 years of family tradition shat upon for the measly price of $500/acre. Idiots. They'll never know the damage they've caused.

Dad and I know.

That's probably why we're so tight. We understand the importance of family heritage.

But I digress....the Bulleit bourbon will do that, I suppose.

Speaking of that...I call this one "Bulleit on the Rocks" 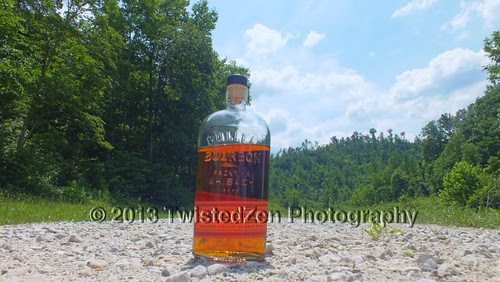 I don't normally put the watermark on the pix, but I don't want this one to get away and wind up in a Bulleit print ad without my consent.

I suppose it wouldn't really feel like a blog post if I didn't feel like I was rambling. I have about 50 more pix of this weekend so far, including a possible short film about a butterfly who was fascinated by my shoe. Not sure how much of that is actually going to make it to the blog.

I'm sleepy. And it's not that I'm tired per se. It's just that it's dark...like WAY darker than it gets in the cities. And it's so fucking relaxing out here that by the time 10 PM hits (especially without a TV, which we haven't had since we started coming down to the farm.

The sounds of nature are so soothing. Dad's in the next room sawing logs and I'm about to hit the back bedroom and to do the same thing.

Peace Out my friends,