What Did the Pink Panther Say When He Stepped On An Ant? 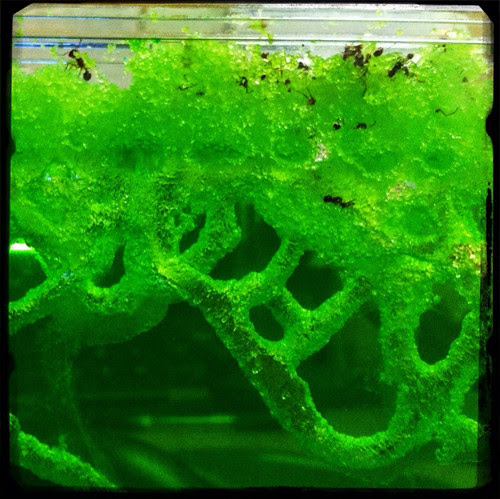 This AntFarm was quite possibly one of the coolest at-work Christmas presents I've gotten in a while. We got the ants (by mail) a couple months ago. This morning it looks like there's just one lonely survivor left. One lone ant...walking all over his dead ant buddies.

It's gotta be weird. One day you're following your ant buddy's scent trail tooling through a tunnel and the next day you're crawling over his dismembered body. I had thought about getting another batch of ants from Uncle Milton and dumping in to the colony. But then I got to thinking about it. And I know I'm probably putting way more thought in to it than the average ant would, but I got to thinking "What would it be like to be an ant (and I could probably have stopped with that thought) and all of a sudden you're dropped in to a bunch of tunnels that you obviously didn't dig. Would you treat it like humans do and figure that you just stumbled in to a really sweet deal on a furnished apartment? Assuming I got the dead ants cleaned out, would new ants know that there had been 15-20 ants there before them. Would there be ant ghosts? Would it be like that Antityville Horror?

Who the hell knows? I probably won't get new ants. I will probably put this down as one of those cool things I had and chalk it up to awesomesauce experiences on this terrestrial ball. 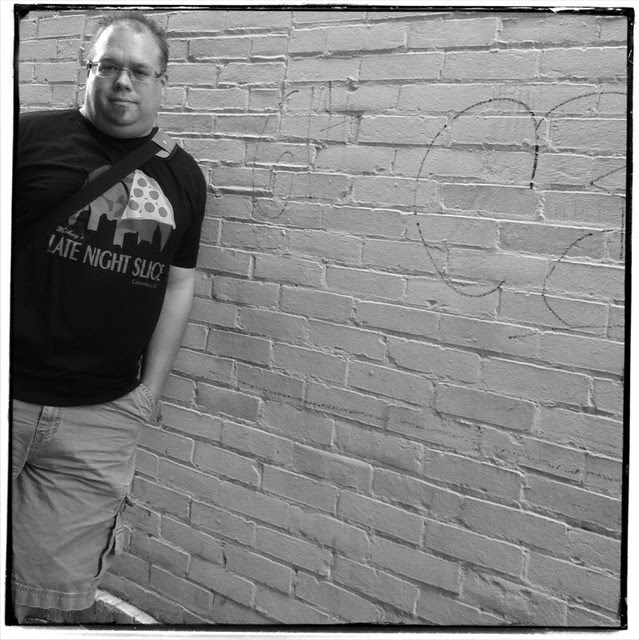 Took the shot above Friday night. I had come home from work and got cleaned up a bit and went out for an evening on the town. The evening consisted of meeting up with friends Uptown. Started on the patio at Jimmy V's and then headed over to Clucker's for some late night wings and a big ole frosty mug of Natty Light. I have to say that I feel like I missed out not hanging out Uptown. Thankfully I can remedy this situation due to my new life (living) changes. All is right with the world.

Except the next morning. Holy hell. Someone needs to remind me that things like Sriracha-Chipotle wings will burn every bit as much on their exit of my body as they did their entrance to my body.

Saturday night was also an evening of hanging with friends. Good food, good drinks good times. But not TOO good. I DID have to get up Sunday morning for a photoshoot. (Note to self: remind families that Innis doesn't allow pets if we do a family shoot there).

Apologies if this isn't quite as witty or thought provoking as previous (or future) posts. Sometimes I just write to clear shit out of my head. Sometimes I write to remind myself that I still can. It's fun for me. A way to clear out the cobwebs in my brain. And a way for me to pretend I'm actually having a conversation with someone else.

Not that I talk aloud to myself when I'm at home or anything. Or driving. Or anything. Because I totally don't do it that often.

OK. I do. I talked to Dad about this while we were at the Farm. I realize that I do this. I've done it for quite some time, actually. It started out as a way for me to figure out how a conversation with someone might go. If the outcome didn't play out well in my test-runs, I typically didn't have the conversation. It also helped me figure out what I actually hoped to gain by the conversation.

I realize that makes me sound a bit like a crazy person. And, truth be told, I'm ok with that. You show me someone who's completely normal and I'll buy you a lifetime membership to the Unicorn Petting Zoo. Ain't gonna happen. Normal is a myth. It's right up there with Time.

Alright..lunch time is nearly over. Funny thing, that. I was called out by a co-worker as I was heading to the breakroom. "There he goes...the lunchtime blogger."

Heh. Yeah. I kinda dig that.

Have an awesomesauce Monday my friends.