I had my yearly physical yesterday. I had been joking on FB that it had been 2 years since I'd had my annual physical. Turns out I was wrong. Not only had it only been a year, but the day I scheduled it (yesterday) was exactly one year from the previous year's physical--to the day!! How about that shit?

She was happy with the weight loss. In fact she was a bit surprised at the transformation just one short year later: 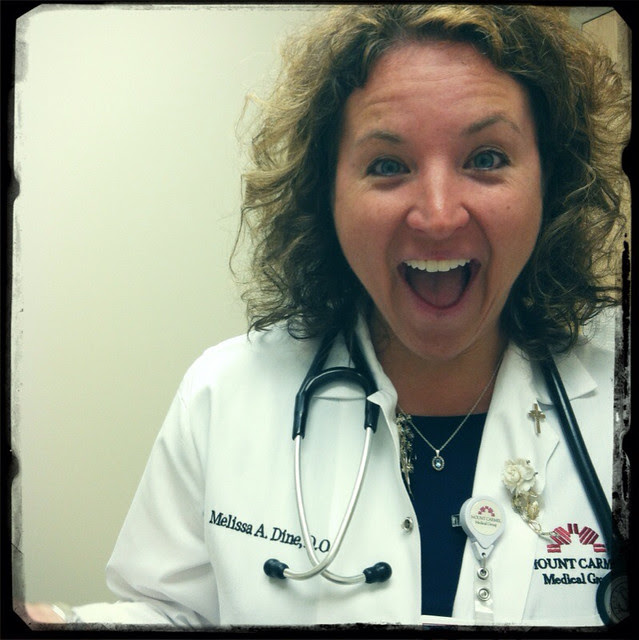 How cool is that? Yeah, I thought so too. She's a pretty kick ass doctor. Still gotta wait for the rest of the bloodwork to come back, but weight and BP are down from last year. I suspect that the cholesterol numbers will be down, too.

She also re-checked my knee. Which almost didn't happen. Ya see, apparently there is some lovely douchiness by the insurance industry whereby it seems that if you schedule a doctor's appointment for a physical, you can't talk about anything other than things related to the physical. So...I wanted my physical and I wanted to follow up on my knee to find out what the next steps were. But if she had put anything about the knee on the code sheet (say, if she wanted an MRI on it), the insurance company would have refused to pay for the physical. So..I had to schedule another visit that is technically for my knee follow-up. She didn't think the MCL was torn, so she gave me some stretches and I scheduled a follow up for next week. I'm hoping for some good news. I'm missing my Hap Ki Do and Kickboxing. I feel at this point, I may have to be starting over..I'm hoping that I actually remember more than I think I do at this point. 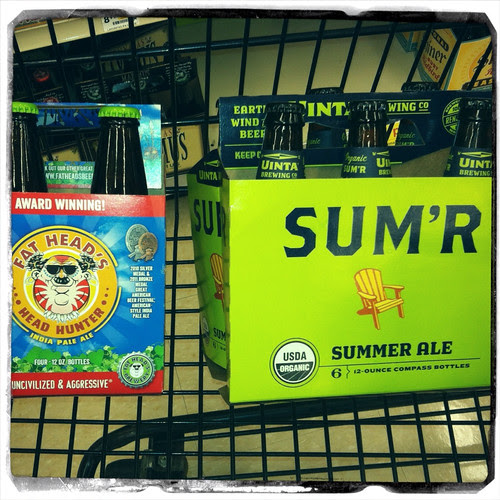 Speaking of starting over...Got some tasty brews to have--Yum! No...I didn't really have anything to do with starting over, but there aren't too many segues that take you from doctor's visits and martial arts to craft beers sold at grocery stores.

I tried them both last night. The Head Hunter was hoppy as hell. It had a good flavor, but man was it hoppy. I'm not a huge fan of hoppy beers. I'm kind of a newb with beers anyway, so I'm not sure if that's just the way IPA's are or not. If so..I'm not sure how many more I'll be sampling.

The SUM'R beer was very tasty, though. I think it's one of my new faves. It's got a refreshing flavor and very tasty. I'll have to have a few more samplings of it to see my true take on it. My luck, I'll really wind up liking it just about the time it goes out of season. Gotta love those 'seasonal beers.'

Not much on the horizon this weekend. Chilling with friends....doing some writing....gonna finish getting the office unpacked and then I'll finally feel like this book in my life is well underway. Well...honestly, it's not going to feel like a completely clean break until the paperwork goes through. But the situation has been largely this way for several years. It doesn't really seem all that much different. Instead of sharing one house, now we're each living our separate lives under separate roofs. Makes some things easier, I suppose.

It's weird to look back at the situation, which is why I try not to dwell too much on it. I know that I'll probably work through some of the baggage via my writings...just to clear it out of my head. I'm not sure how you get over going from thinking someone is the one you want to spend the rest of your life with to feeling like that person would rather be anywhere other than with you (and feeling the same way, truth be told). I'm fortunate that things ended how and when they did. It seemed to follow my trend of peaceful divorces (Which I guess aren't really the norm). I probably just jinxed it. I'd be lying if I said I didn't half expect the other shoe to drop at some point. I think where I got lucky is when two people care(d) for each other, they really only want the best for the other person. And we were both big enough people to realize that neither of us were actually the best for the other person.

With that, I'm done.

No, I mean with the blog. I've finished my lunch and I need to get back to work now. I leave you with photographic representation of what my brain looks like when I stop and think too much about shit. 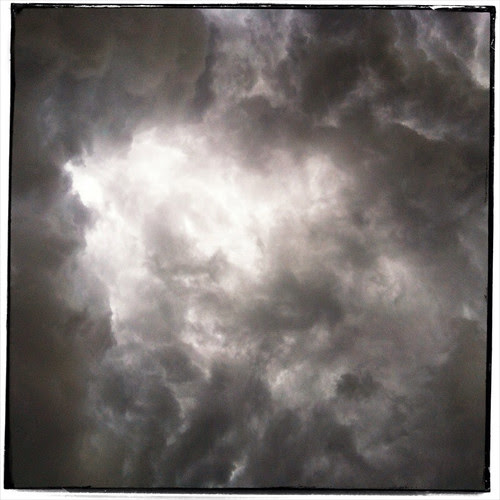 Happy Friday and have an awesomesauce weekend, my friends!!