A Weekend of the Spins

I sometimes curse the long commute. Traffic aside (traffic is my bane...despise it and have yet learned to embrace it)...the problem with my current commute is that it's just long enough that I start thinking of things...such as clever titles and directions I want today's blunch (blog lunch...hey--it was better than llog) to flow. I had a really cool and clever idea.

And now it's shit because I've forgotten it completely. If there is any sense to the irony of the universe, I'll remember the title and flow for the blog on the way home. I really can't wait until we have cars that drive themselves so I can have an extra 30minutes to type that isht out on the ways to and from work. Someday. Someday it will happen. And then my only choice for the commute will be to take the auto-drive flying car or the jet-pack. Decisions, decisions. 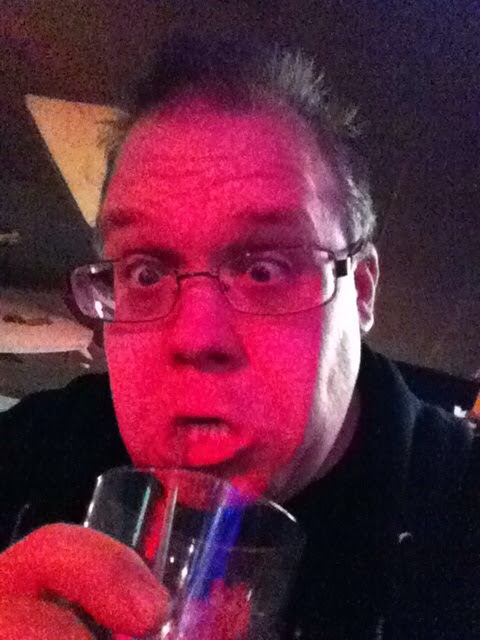 Speaking of decisions....the above pic doesn't appear to have been a good decision. Clearly the person in that picture has had way too much fun at the bar. In truth, that person had just enough fun at the bar. That person is me (I know, the red Hellboy skin probably threw you off). And at that point I was on my 5th glass...of water. I went to BrewStirs Saturday night. And I have to say....friends aside, it's just not the same anymore. I'm pretty sure I used to hang there on Fridays and Saturdays from 9-close because it was better than hanging at home on my computer for the evening. A little self-medication if you will. So...now that I'm no longer in walking distance, that's not as much of an option. But even more so...there just doesn't seem to be the desire to get stupid there any more. So, it's just kind of a weird shift. It's not the same place. Or maybe it is and I'm not the same person going there anymore. I think that's probably more of the case. 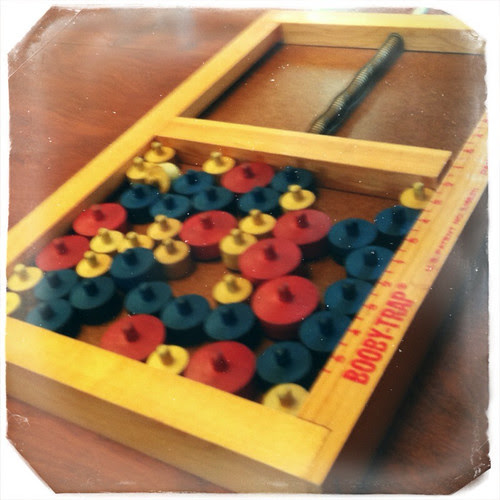 Speaking of boobies. No. I know, I wasn't, but now that I have your attention....eh...I have absolutely no idea what to do with it. But the game, "Booby Trap" is a perfect example of a Parker Brothers game of natural selection. This thing came out in the 60's. And it's awesome. It's the pre-cursor to 'Perfection.' Pull the wrong piece and the pieces fly out. Of course back then if a kid choked on a piece, the parents dealt swift 'why the hell did you do that?!' justice (after the hiemlich to dislodge the piece or codfish oil to help it pass). There was none of this 'sue the company because we can't be responsible for our kids' b.s. that is so prevalent in our litigious society. I'm guessing ParkerBrother's could never make anything as simple and fun as this game today. If you have a chance to pick one up at a garage sale or thrift store, you should...it's a blast! 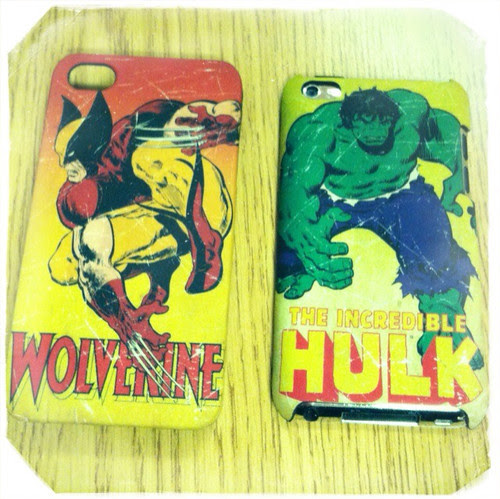 Speaking of another lame segue. I cleared off the shelf of the XBox360 this weekend and in part of the trade got some new cases for my phone and iPod. It's old school Marvel characters. Yeah. I'm kind of a geek like that. I have some good memories of my comic books as a kid and this just brought those back. Well...these cases and the box of comic books I found as I was unpacking my office this weekend.

And the spins from this weekend? Oh, nothing to worry about. I didn't drink too much (Saturday night, that is. Friday night is a different story (but I walked home, so that's all good). The spins were because I was spinning records. Yup, as you may have already read, I got the turntable fixed and operational. It was pumped up way past eleven.

And when I get home, I'll throw another record on to start the evening.

Life is indeed good, my friends.

Have a fantastic rest of your Monday. My lunch is over. And, coincidentally, so is this post.