Carrots in the Hummus

I'm not sure when I actually sat down to lunch...which means I'm probably close to my hour being up. And that's OK. This won't take long. This one is more of a sketch anyway...some random thoughts (because none of the other blog posts have just been random thoughts). Speaking of random thoughts, this blog was originally called Random Meanderings. A name that still fits on most days.

Had dinner and a book club discussion of sorts with a friend yesterday evening. And as we were discussing life, the universe (and everything), it hit me. I started getting insight in to my role in relationships. This thought was further explored in my dreams as evidenced by the fact that my brain picked right back up on it this morning as I was getting ready for work. I'm an infectious dreamer. Anyone who has spent any time with me can probably pick up on that. I have an almost naive sense that the dreams I have will come true. The things I have in store for me in my life will happen. I know this as sure as I know at least one other person is reading this blog right now. Yes right now...as I'm typing it. I know you may think that's impossible--how can you be reading something as I'm typing it? Well....the fact that you're reading it means it's already been written. And that means I finish this post. And if I finish it, I must at some point write it. And since time in a linear fashion is an illusion, then you are reading this, as I'm typing it. 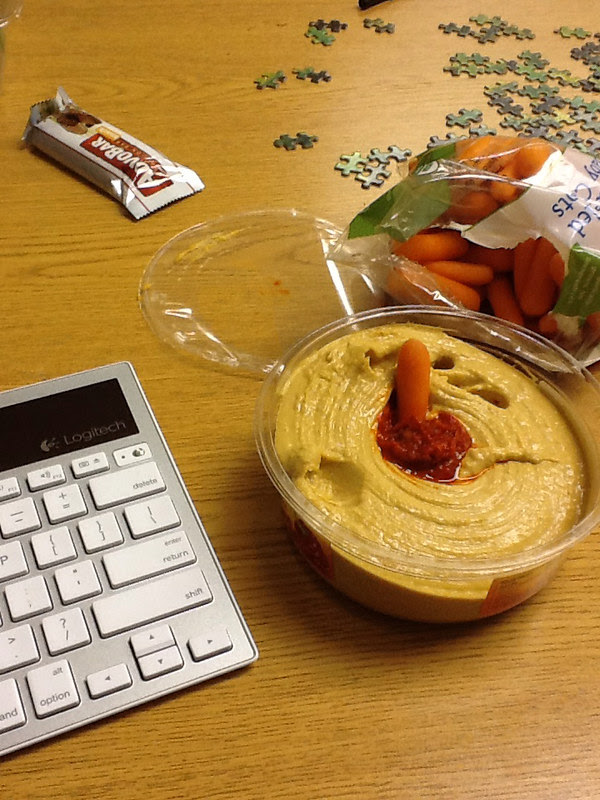 Carrots and hummus. Not a combination that most think would actually go together. And yet, when paired are quite tasty. I think my relationships are like that, to an extent. Todd and her? Wow...I don't really see it, but hey, if it works, cool on you.

So...why 2 failed marriages? There are a list (several lists, I'm sure) of reasons. But I think the biggest is that I tend to lose myself in the relationship to the point where the other person stops seeing the person they fell in love with (the assumption being that they too actually did fall in love with me). And as a result their behavior toward me changes, in turn causing me to see a side of them I hadn't seen before. And without a whole lot of work, it all falls apart.

Part of that 'infectious dreaming' curse is the undying belief that things will 'work out the way they are supposed to.' Which is fine. But what I'm coming to realize is that that particular belief is not a license for inactivity. I still have shit to do. A role to fulfill. Just because things will work out doesn't mean that I can sit idly by and wait for shit to fall in to place. I still have to do my part. And I think that's where the disconnect happened. I was waiting. Waiting for her to do her part. While she was waiting for me to do mine. And somewhere along the way we forgot how to communicate with each other. Complacency led to indifference. And that was the death knell, as it were.

And I'm not just talking about my most recent marriage. This is a pattern that I've seen in many of my romantic relationships. And by many, I mean...pretty much all of them--including the first marriage. I got 'used to things' and forgot that the courtship...the romance needed to be ongoing.

I do have a 'mission' in this lifetime. And I think that for the most part, I will be more effective at fulfilling that mission if I am not married. And maybe that's OK. I don't think (anymore) that every adult has to be married. And I'm finding that I don't mind living alone on most days.

Don't get me wrong...I'm quite sure I have not faced my dark night of the soul quite yet. I know it's coming...and from the feel of things, it's coming soon.

But that's ok...I got some carrots and hummus and a glassful of icewater.

That should get me through at least some of it.