So...sorry. Didn't want to freak anyone out over in Facebook land. I just feel myself getting a little too...involved over there these days. I'm starting to comment and 'Like' just to make sure people know I'm still around. In short, I'm feeling a little too needy and high maintenance over there as of late. I recognize that as some of the symptoms of the problems I had with FB before (leading to the self-imposed absence). So, time to just dial it back a bit.

I'd like to raise a practical question at this point. How the hell do you know when bleu cheese goes bad? I'm not trying to be a smart ass or anything, I genuinely don't know. I mean, to me the whole damn block of cheese looks moldy. I hear it's wonderful. And I'm not saying I'll never eat it. I just generally don't go out of my way for it.

And fuck the back still hurts. Apparently they know the affected area and have found the knots in my musculature. And that's all well and good, but the time it's taking to release them is driving me slowly insane which is to say no more insane than I already consider myself to be on most days.

The paper work is over to the attorney at this point (oh, sorry...you didn't bring your score card? It's gonna be a rather random Hump Day my friends). So...just gotta wait to see what else we need before we're all good and legal.

Fuck...that apple just doesn't taste good today. I've been shopping at Giant Eagle for most of my groceries these days simply because for one person, the fuel perks are pretty hard to beat. But their apple selection really kind of sucks compared to Kroger. So...looks like I'll continue to shop at Kroger for those good, softball size Fuji apples that I've come to know and love.

In other news, I got some cool stuff from Thinkgeek. A couple of them are cool AND practical as we head (eventually) in to Autumn. 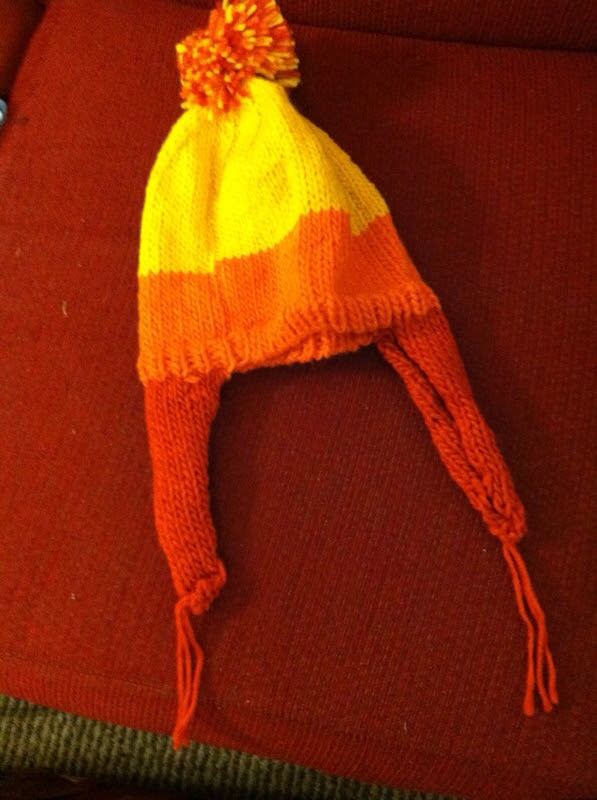 That's right...be jealous. I have a Jayne hat. Takes a man who's very sure of himself to wear a hat like that. You're gorram skippy it does! Wonder if they'd recognize me at the Football Hall of Fame*? 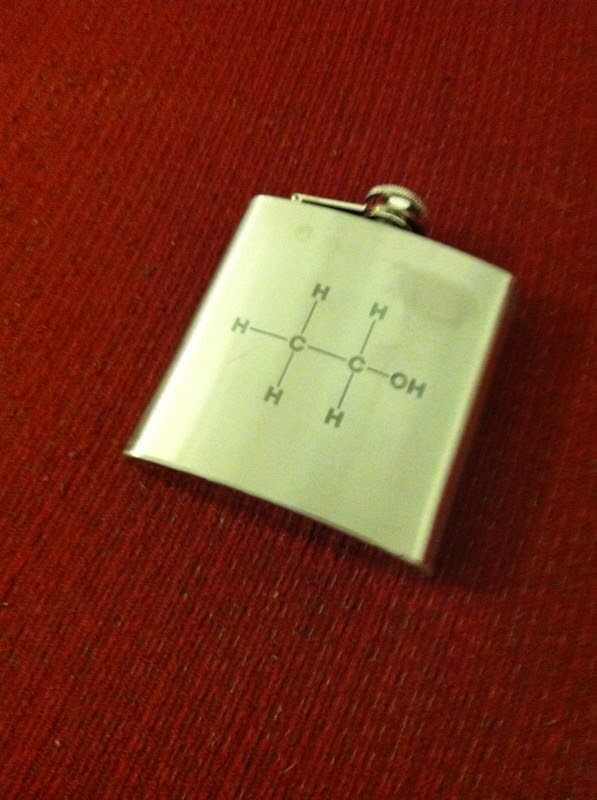 I have had a couple of flasks in my time. One remained at DePauw...the other got used as a prop for my soon to be ex-wife's play and I don't recall ever getting it back. No matter. This one is cooler. Yes....that's the molecular formula for Ethanol. And as we all know boys and girls, ethanol is one of the yummy chemicals in alcoholic beverages. Weeeeee! 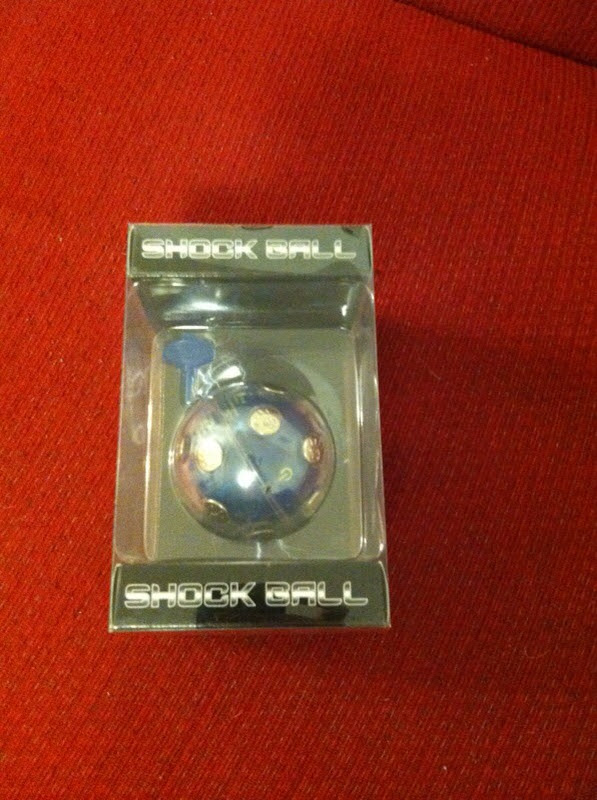 A new twist on Hot Potato. I can't wait to break this out at the next family gathering. Or maybe I need to have it make an appearance at *cough* bingo :-) 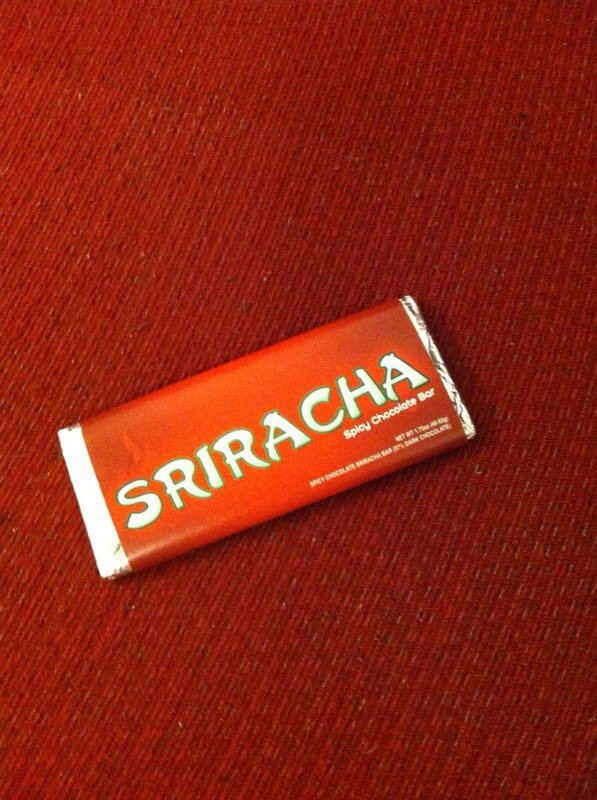 Speaking of Hot Potato. Nothing is more awesome than sriracha sauce. It's pretty much a known fact that it makes things more awesome. Truth. How could it NOT make a chocolate bar more awesome? Yeah. I don't know either. 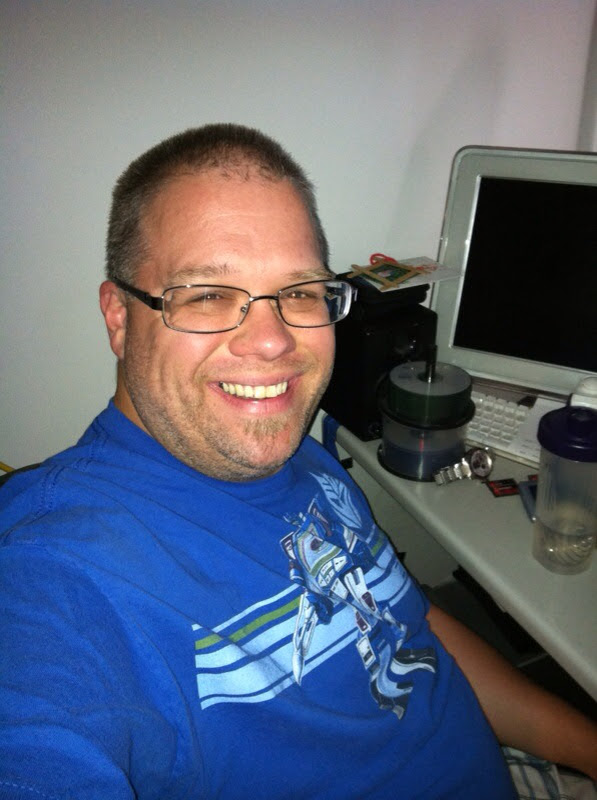 Soundwave. Coolest of the Transformers. Autobots OR Decepticons. True fact. And he had those cassette tapes (Ravage, Rampage, Rumble). One of my favorite toys of my childhood.

Alright kiddos. My lunch is coming to a close and I've got shit left to do today. I'm on installs this week at work and that always just puts my week off kilter. Friday evenings on install weeks usually involve a healthy dose of decompression from the 4 days preceding it. I expect this Friday to be no exception to that trend.

AND...I have some cool photoshoots this weekend. Hot Air Balloons on Saturday and a Sr. Photo session on Sunday.

Have a kick ass rest of your day my friends!