Fear and Self Loathing in Las Vegas

I don't really loathe myself. Well. Not as much anymore as I used to. I just really couldn't think of anything remotely clever to user as a title for this long overdue blog post. I guess if you were the assuming types, the 6 of you would assume that I haven't taken a lunch in quite some time. And you'd be partly correct. I have still consumed food during that time of day we conveniently label as 'lunch' (or dinner if you're from the South (you have breakfast, dinner (lunch), supper (dinner)....or something like that. To be honest, I only ever kept it straight when my Papaw said it. Or my dad..because he reminds me of the good things about Papaw).

I'm happy that it's Friday friday...(fuck you Rebecca Black*). But yeah. I'm working a bit late tonight for a software install at work and then helping out at the Westerville Arts Festival Saturday (and our bi-weekly family dinner on Sunday). Should be a nice relaxing weekend. Just working on making in through the day. 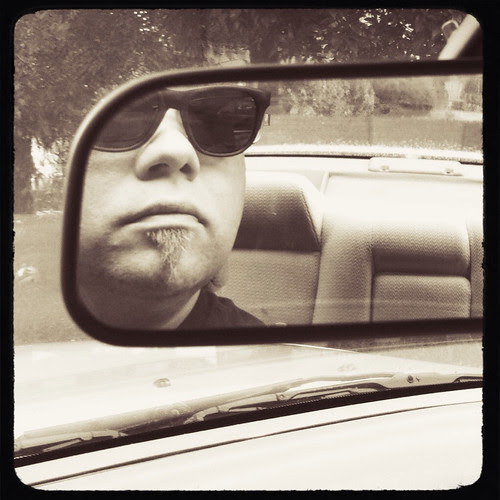 I took this shot (yeah, Brian, another selfie) the other day on the way to work. It's one of my fave self-portraits. It looks like I'm grumpy...or something. I think I was just tired. Or over-thinking life (because the philosopher in me almost never does that).

It's weird. This has been a weird week from the standpoint of I know I have shit to write that needs to come out of my head, but so far the words, or rather the motivation to expel the words, just hasn't found it's way from wherever the hell motivation comes from to my fingers. I DID get the office unpacked and sort of put away this week. There are officially no more moving boxes or big plastic totes lying around everywhere. I mean, there are some, but they have stuff in them that never will really have a home in the iTapt (slides from my Gramps that I'm scanning in...salt and pepper shakers that I'm holding for someone).

"I swear officer, those aren't my peppercorns. I was just holding them for a friend."

NEXT WEEK on a Very Special Episode of iTod's Funky Jams, "Lethal Pepper: The Gateway Spice."

"C'mon Shawty. I need some of them Indian peppercorns..."

"Look man...you gots to get yo'self off that demon spice man! Pepper's gonna fuck up your life...look at me...it starts with pepper...and oh yeah...that kick is so nice on all your food. You got that little bit o' black lovin' on there. But soon it won't be enough man. You'll start lookin' at gah'lic powder for that kick. Or Cumin mixed with a nice saffron...and that shit's hard to score. But if you don't watch yo'self you'll be pulling shit jobs at the market just to try to get some curry. And that shit, brother will fuck you up!!"

OK...since I've somehow scripted this whole thing out in my head, I should probably tell you that Shawty is being played by the same guy who played Gradie on Sanford & Son. And my character is played by Ricky Schroeder...somewhere between Silver Spoons and NYPD Blue. I'm tellin' ya...when I have an ABC Afterschool Special moment play out in my head...I don't half-ass it.

Damn. That's got me thinking. Someone somewhere has to have assembled the mother of all ABC Afterschool Special collection. On Blu-Ray...because if I'm going to watch 70's and 80's ridiculousness, I want it to be on a format that has way higher quality than the source it was originally recorded on.

And with that, it looks like my lunch break is nearly finished. I leave you with this same-day selfie: 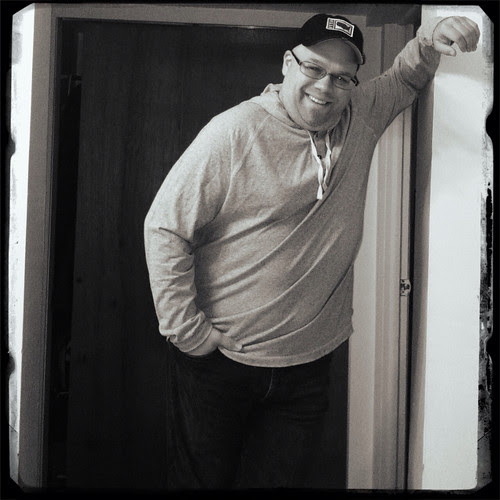 Time to get back to work.

Have a fantastic weekend my friends!