Cloudy With A Chance of Drunk

No. I'm not drunk at the moment. Ask me again in 5 hours. That could all change. Today's a pretty monumental day. It's been 7 months since I moved out of her house. I say her house not to be a dick, but because the house is in her name. Literally, it's her house. And there's all the metaphoric bullshit I could tumble in to with that reference, but really, what's the point?

Today I'm going downtown to file the paperwork. I think we finally have everything we need to end this shit. Our accounts will differ, I'm sure, they always do when two or more people try to recollect tragic events, but this day has been years in the making.

44 pieces of paper. Several notarized signatures. Several more just normal signatures. 8 paper clips. 2 staples. $175 bucks. That's what it takes to end 11 years of a life with someone. At least legally. The mental and emotional adjustments will take longer. Of that I have no doubt. I've lost my best friend. That's a statement of fact. No emotion implied there. Although, again, that loss happened years ago. We're just now getting around to facing that fact and taking care of the legal side of things.

Depressed? Probably. This is not the normal chain of events one expects to traverse in life. So, yeah. I'm a bit off of my game at the moment. Tie that in to the fact that I haven't been able to immerse myself in my normal exercise regime and I'm feeling pretty fucking bonkers at the moment.

You can keep your pills, though. I went down that road years ago. I was going through some shit and the docs put me on meds. What followed was 12 years of jumping from one happy pill to the next when the previous no longer made me feel 'normal.' Which, of course was a fucking joke. They didn't make me feel normal. They didn't make me feel anything--good or bad. When it got to the point where they were going to put me on a cocktail of anti-depressants because I wasn't feeling as happy as some chart said I should, I put my foot down. I had lost who I was. Fuck that shit.

Here's the irony, in looking back at this. The person I was that N- met and (presumably) fell in love with was the medicated-me. Shit started getting real when I got off the meds. The timing may or may not coincide with when (in my mind) things took a turn for the worse. Interesting, though. Here I was, happy as fuck to start feeling like my old self again...and the self she fell for was going away. No...don't worry...I'm not shouldering all of the blame for this, folks. The succes and/or inevitable decline of a marriage requires both parties. One person can't make it succeed....nor can one person cause it to fail. It just doesn't work that way.

Funny word. The marriage evolved in to something that neither of us wanted. We were heading down a road that we both stayed on for far too long, possibly out of obligation. Actually.... I stayed on it too long. I can't speak for her. I don't know her anymore. I'm not sure I really did. And that's fine. That's what makes it interesting. It's what gives me dime-store fodder for this self-important and borderline narcissistic rant of a blog I indulge myself in under the guise of staying sane.

Sanity. That's a gem of a word.

I once heard it said that if you question whether or not you are insane, you aren't. To an extent I think that's true. In my case, though, I don't really question my sanity anymore. I know there are some bats in my belfry. And I'm OK with that. You can't be any sort of person that considers themself creative without falling somewhere on the crazy scale. My insanity isn't really the kind that is outwardly apparent. It's more subversive than that. I don't know how much I really should divulge. They are watching, you know.

I am adrift in some respects. My job is going great (Seriously...no bullshit. I don't think I've ever felt I fit in to a company as well since perhaps the first time I worked at MicroCenter in the early 90's). My place feels like home. I still have some unpacking/organizing to do, but it's my place. My personality is all over that som'bitch. Just emotionally there are some holes. There were things planted....things with roots. Things that I expected to grow and blossom. And those things had to be pulled from the soil. Now there are holes where those things were. I'll fill them eventually. I just need to tiptoe a bit for the time being so that I don't fall in to the holes.

The iPad is gone. I'm fully vested in the iPad Mini now. It's a better fit in a lot of ways. I'm still annoyed that the other one never made its way back home, but shit happens.

Alright...now I'm just reaching for shit. I think it's time to head back to work.

I will have to transcribe the new 'Who's on First' sketch that played out in my head on the way home yesterday using the concept of someone calling Tech Support and getting their password reset. Shit was cracking me up. I definitely have to share that one.

Alright...heading back to work, then downtown in 3 hours to get shit filed.

Peace out and Happy Hump Day...or Humpy Hap Day...or whatever... 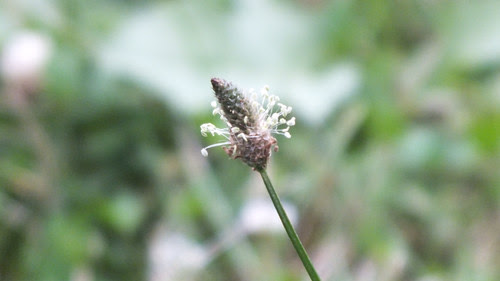 (Better here than floating around my head...Thanks Blogsy)
at October 16, 2013