Bang To The Beat Of The Drum 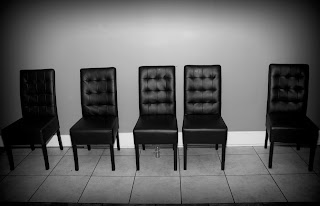 Chairs to you, mate.

No. I really don't know a better way to start a Tuesday post than throwing a pic and bad pun. It is, after all. as American as baseball and apple pie. In fact, if they could have figured out how to work it in, I'm sure that would have been on the bumper sticker, too.

Many of you know some of what I've been dealing with recently. The dis-illusion with and dissolution of the marriage. I would like to say that that's all behind me now, but I know that it's not.

Oh sure, the court date was yesterday and I have the piece of paper that says this person is no longer legally connected to me in anyway.

I have this dream that pops up periodically. It takes place after I'm a published (and consequently world-famous) author at some big soiree. The host would be all like, "Oh, hey T-Bone, there's someone I want you to meet. She just won a Tony, and it's weird--she has the same last name as you. Hey, Nancy...come here a sec..."

To which I can dryly say, "I think we've met." Then take a drink of my bourbon, neat, and casually walk away.

I don't know what it means, other than a) I need to start writing and b) I better start getting used to drinking bourbon neat.  The rest of it is just underlying bitchiness, I'm sure.

But...it does point to one thing. I know that emotionally, it's probably not over. Yesterday was the first time I had seen her...talked to her..interacted with her face to face since March. I can tell you that if it's eight months before I need to do so again, it will be too soon. It's just odd. I mean....I'm standing next to this person that I was banking on sharing my hopes and dreams with and her sharing with me hers...and it was supposed to be a forever thing...and 11 years later..after 44 pages...$185...a 45minute wait...and 13minutes in front of a judge, it was over.

It felt like the person I was standing next to was just someone who looked like the person I fell in love with. Whatever chemistry was once there has since faded. And I guess I'm thankful for that. It would suck to end the marriage and still be pining for that person.

I am thankful, too, for my friends and family that have been nothing but supportive as I've gone through this. I don't know what I'd be doing right now if I didn't have that safety-net of love. Which, incidentally is the name of the first single of my upcoming album T-Bone Sings the Turquoises. The Turquoises are kind of like the blues, only with some lighter days thrown in the mix.  So, yeah, be on the lookout for Safety Net of Love soon.

It's funny to me, too. I feel like a lab experiment or some weird spectator sport.  Like

"OK...For all of you watching at home, Todd has just cleared a major hurdle. Bookmakers in Vegas are losing their shirts."

"That's got to be uncomfortable. Do they have to pay extra for that?"

"I'm not sure Cotton, possibly."

"Well, Cotton...now we wait. We wait for the dark night of the soul where this poor bastard faces his inner demons and see what shakes out."

"Exciting. I sure hope he writes that shit down."

"So do we all, Cotton, so do we all. OK...next up on ESPN8, the Ocho, we have the national Dodgeball finals from Vegas."

What? Are you telling me that I'm the only one that sees complete movie scenes in my head? Awake? Pfffft. Whatever dude. Besides...I've always been like that. I don't know. Maybe that's why I write so much. Maybe it's like I have to clear the mental DVR so I can get more scenes recorded to play back later.

Regardless of the reason, or questionable mental stability, I think that's about all the time I have for this lunch break.

Peace out my friends!
-A.T. 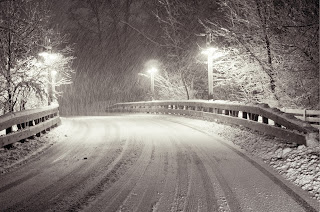