Well What AM I Supposed to Be Feeling? 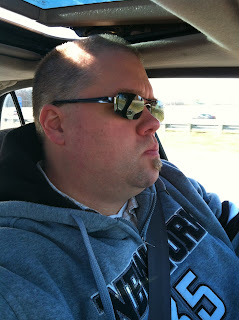 I'm not really sure what I'm feeling. Or even what I'm suppose to feel to be completely honest.
Anger. Disappointment. Resentment. Relief. Elation. Satisfaction.

Who the fuck knows?

And in the midst of trying to wax all nouveau-angsty-philosophical just now, I'm thrown by the fact that my neighbor's washing machine is out of balance. And they wonder why there's water all over the floor down there.

I took today off work. I felt it best give the "Stepmom Incident of 2000" as it has come to be called. Drove home from the hearing and chilled. On deck today was laundry...grocery shopping...mindless Facebooking...and a trip to White Castles. Technically it's not part of the 24 Day Challenge, but I'll burn it off with some cardio and it'll all work out just fine. Don't you worry your pretty little head about it none.

Got my first Christmas decoration hung. I'll be working Friday and probably most of the weekend so the traditional hanging of the decorations after Thanksgiving likely won't happen this weekend. Meh. It's all good.

I'm basking in a flurry of birthday wishes from yesterday. The feeling of love and well being from my friends and family very likely acted as a shield against the cold indifference I felt this morning. Seriously. It looked like my wife. Sounded like my wife. But as of 10:01, she was no longer my wife.

It's for the best.

Which...to be fair is a bullshit phrase. Whether it's for the best or not, that phrase is usually uttered at the pinnacle moment when someone is going through some shit, the immediacy of which prevents them from seeing the long term picture. When you're in the midst of the short term pain and discomfort of a situation "It's for the best" seldom does more than indicate that the person saying it knows that you're going through some major shit and they wish they could help, but they don't really know how.

And that's OK.  Hallmark doesn't make a card for this.  "Dear Friend, I know you thought you were building a life together, and today you ended your marriage. All the best to you!"

It's funny to me, both the Judge and the court clerk said 'I wish you luck.'

What's that mean? What luck? Neither one of us is going to wake up down the road and pine for the lack of intimacy and having a stranger in our bed that used to be our best friend. It isn't going to happen.

And least not for me. I don't know her any more. And the unfortunate thing is...that always leads to the inevitable 'did I ever really know her?' line of questioning. Which, to be fair, never does anyone any good when you get right down to it.

At one time, I thought I knew her. I thought our hopes and dreams found mutual support.  At one time there was love. There was laughter.  And that's good enough for me. At the time, it was probably the right path.  Where it deviated, I may never know. But to spend my days second guessing it isn't going to do anyone any good. It's not like I'm going to go back and fix things if I suddenly did figure out where they went wrong.

Alright...there's not really anything left to say right now.

For those of you concerned about my well being, thank you.  I'm fine.

It's for the best. 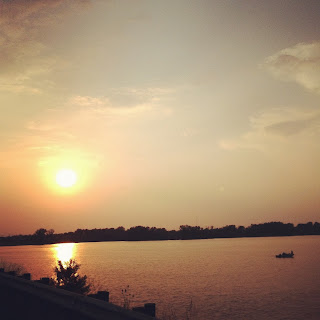