I'm not going to lie. There were times in my marriage (well...both of them, actually), when I thought that I'd fucked up by getting married. With my first marriage, it wasn't so much the case because I've got an amazing daughter and there's not a single fucking thing in this world I would trade for that.

What's weird to me though, is that there were times when I would see this sort of 'alternate reality' version of Todd. There were a couple I was rather fond of.

One was the scraggly haired philosophy professor that was walking across the quad at OSU on the way to his next class. Tweed sport coat with elbow patches. Well loved by students and fellow faculty alike. "Crazy" was used in a positive context when I was talked about.

Another was the author. I'd be sitting at the coffeehouse with my Apple laptop (it was a Powerbook in early visions of this reality), working on my latest mind-expanding novel. Metaphysical truths wrapped up in a fictional timeline that was non-threatening, but mind altering all the same. It was a small town. People walking by on the street would wave.  Again, I was known as the 'weird writer dude'...but it was ok. There was nothing malicious about the nick name.

A third was a rock star, jamming to sold out crowds. Rocking with other famous musicians...known or unknown, it didn't matter. That one was purely for me. Jamming up on stage is a drug I was first introduced to in 1991 and I know that at some point in my life I'll need more of that.

So...here's what's fucking with my head right now.  Amongst other things.

So...after I moved my mom dug out this letter that the head of the Philosophy department at OSU had sent me after 2 courses there. On the recommendation of one of my professors, they would very much like me to declare my major as philosophy. It was a trippy letter and is currently hanging on my fridge. A reminder to me that there was a path...a clearly defined doorway to Alterna-Todd #1. And although I'm not a tenured professor, I'm sure there are those who see me as that philosophy dude (especially if you and I have ever had a conversation until the wee hours).

As for the Rockstar Todd....that's already happened. In 2008, I won a national contest. I won a VIP Package to the Rock and Roll Fantasy Camp. Four cities. Four bands. I was in bands with Dave Ellefson (Megadeth), Gilby Clarke (GnR), and Glenn Hughes (Deep Purple). In addition to jamming with and taking workshops from Kip Winger, Mark Slaughter, Mark Hudson, Earl Slick, Elliot Easton. It was fucking surreal.  We opened for Kings X and Extreme. And I played to sold out crowds at The Hard Rock (Vegas), The Fillmore (San Francisco), and House of Blues (LA). I look back and it's almost like it happened to someone else. I know that I'll be in a band again. It is like a drug. And I'm not ready to give it up just yet. Even if I'm just playing covers. It's just too much fun.

So....there's another Alterna-Todd that's slipped in to Reality Todd. If only for a week.

What about Writer-Todd? I just made my last payment on the MacBook today. I've upgraded it with an SSD drive, additional ram and just subscribed to Office 365 (not that I need MS Word, per se...just one of the word processors I'm used to). In other words, the laptop is primed for me to sit on the patio at Jimmy V's or out in front of Heavenly Cup and do my writing on weekends, evenings, and days off.

That's really the mind fuck of all of this.  The Alterna-Todds were more than day dreams. They were pieces of me that needed to come out. It's weird. It really makes me wonder how many more of the alterna-Todds that I've daydreamed about (and there are quite a few...some completely different, some that are just variations on a theme)...but how many of them are going to become reality. And am I looking at this all wrong?

Are these just spikes on my 'potential'...things that were always there...realities that I've tapped in to? If so...what is the catalyst? How close am I to being able to think 'well...next year I want to do XYZ' and have it happen? Have things just 'fall in to place' and suddenly I'm on this path that I've only ever considered a day dream.

And what is a day dream anyway? A dream you have when you're 'awake?' Don't even get me started on 'awake' and 'asleep.' It's not a normal point of view that I have on those two concepts. But that's OK. I've never been a real big fan of normal anyway.

Alright..I need to feck off. I've got some Alterna-Todds that I need to hone. I've got a couple jacked up books floating around in my brain bucket that I think need to see the light of day in very short order. 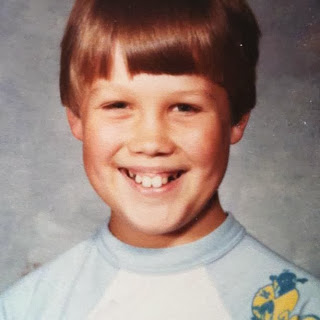