So...I'm reaching the point in the year where I'm getting fed up with the bullshit on Facebook.  When I find myself saying 'Lighten the fuck up people, it's only Facebook' more often than I say, 'wow...that's cool,' then I know it's time to dial my exposure down a bit. I don't think I need to walk away cold turkey like before, but I'm gonna be slowing my roll a bit.

As I was in the shower today I thought of two funny 'eCards.' One was just the phrase "Alcohol. The original Social Media." The other was a picture I took a while  back of shots all lined up on a bar and I would caption it "The original Friend Request."

Rather then re-hash all of my "Facebook is the Anti-social Devil" bullshit today I thought I'd switch gears (oh, don't worry, I will re-visit the irony of calling Facebook a 'social' network again in the future, but not just yet).

So...all the lines of the whole Bars: The Original Social Network theme, I thought I'd go in to why Bars are better than Facebook. You have to understand that I wrote this whole thing in my head this morning on my commute in to work and I'm sure by now I have forgotten most of what made me chuckle as I was dodging the idiots on the road. 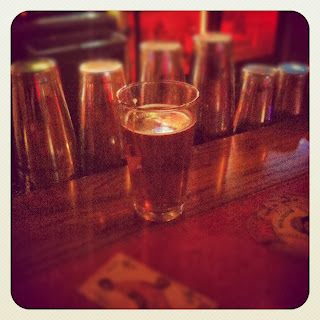 You Control the Newsfeed

Your Privacy/Anonymity Is TOTALLY In Your Control


I had a few more ideas pop in my head about why bars are better....but really it comes down to one thing...

Actual Human Interaction
And that leads me back to the soapbox, I suppose.

There are benefits of Facebook. I'm not going to deny that. My beef is that it's skewing our perception of reality and what a 'society' is. And it's taking personal responsibility out of the mix.

You can call someone a douchenugget on Facebook...turn off your PC and never actually see how that comment affected the person on the other end. And that's dangerous.  If you were at a bar and called someone an asshole (or the ever popular douchenugget), you would be forced to actually deal with their reactions. And in doing so, might bring home the fact that the person you're ragging on is actually just as fragile as you.  And that's a valuable lesson to learn. It's what makes us human.

It's not there online. I'm sorry it's just not. Even with web cams and chat and Skype...it's still not the same. There's still a level of being detached.

And we're bringing up an entire generation of people who will stay at home, logged in with their 'friends' and think that they are being social and have absolutely zero people skills.

THAT'S the reason I get fed up with Facebook. I realize that my time online is getting sucked away from doing other stuff like writing, or hell, I don't know, even unpacking the one last room in my apartment (although I suspect part of that is because when I finally get unpacked, it will be real, I'll be fully engaged in the new life...looks like I'm adding that to my to-do list this weekend).

Step away from your computer.

Take a walk down to your local pub (I HIGHLY recommend having a bar/pub within walking distance).  Introduce yourself to your bartender and ask for their recommendation.

Start a conversation.  Do  you know why a lot of bars have TVs? So you can make a comment about what's on TV to the person next to you and be as vulnerable as if you just started up a conversation out of nowhere. OK...that may not be the actual reason, but damn if it's not a a nice side-effect.

Have a drink and soak in the humanity.

You'll remember those moments long after you've forgotten anything you ever posted or read on Facebook. I assure you of that (well...actually, your mileage may vary in the remembering arena depending on how many bartender recommendations you followed in any given night).

And now in the ultimate act of irony, I'm going to be posting this link to my Facebook page.

How fucked up is that?

Yeah. Trust me...the irony isn't lost on me in the least. 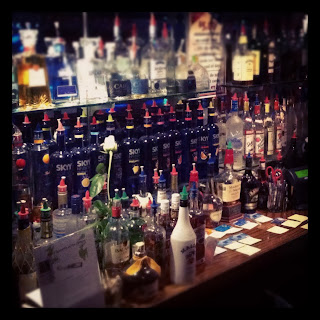