Yes, But Did You Have Fun? 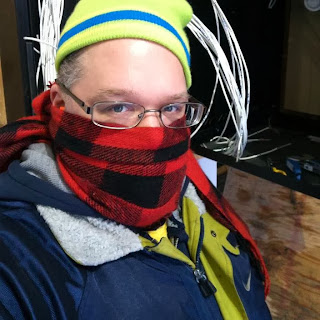 It's human nature, I suppose, when mentioning that you traveled to a distant city to be asked 'That sounds neat--Did you have fun?.'

Especially when that city is some place like New York City (or in my case, Queens--which is close enough).

And I chuckle to myself when I hear this, because I know the person asking doesn't really mean anything malicious by it. And I also know that with very few exceptions, they don't really know what I mean when I say we 'cabled the new store.'

But the truth is...in the 4 trips I've been here, I've only had one day 'off' where we weren't on the job site. So...I haven't really seen the city more than that one day. I haven't explored the ins and outs or local flavor of Queens at all, with the exception of the restaurants that are in walking distance to the hotel and the (friggin' amazing) Italian joint next door to the job site (Valentino's. On Kissena. It's amaze balls).

The other truth is that we work harder on these trips than when we're at home. At home a 10 or 12 hour day is the exception. At the job site, it's the norm. We have a set list of things we need to try to get done and a finite window. The hours are longer....the days are harder. It's not fun. But it's necessary.

Do I enjoy it? It can be very physical. It can be tedious. But at the end of the day I know that I'm doing my part to help open up a new store.  I've said it before, but this company is the best career move I've ever made. And it's definitely the move that my soul needed. From that standpoint, I enjoy knowing that this new store in Queens is going to have a piece of me running through it.

So...did I have fun? No. I worked. But for me fun is more of a state of mind. I'm a fun person. So...even in the mix of tedium and bullshit and dodging forklifts and elevator delivery men...I am a fun person. So, there is fun to be had.

This trip is especially difficult because of the temps.  There's still no heat in the store. And the work we have to do is intricate work that needs un-gloved fingers. Yeah. It's not pretty. And there's something about 25 degree weather with a biting wind that sucks the energy right out. But we're hitting our objectives, so that's good.

I get so off-kilter when I travel like this, too. I wake up and am slightly disoriented. Not sure where I am. I refer to the hotel as 'home.' "Let's pack up the job box and head home." "Todd--we don't fly home until next week."  "Home. Hotel. You know what I mean."

It's just a weird shift. I think my brain has the uncanny ability to adapt and assimilate to new situations and it locks things off in corners of my brain where I don't often look in the light of day. For example--marriage. To me it seems like at least 2 years or more since I was that married guy.  I mean, it literally seems like it happened to a different person. Like a different person lived that life and I just knew his story because I read the book or saw the movie or something. But in reality--it's only been 9 months since we separated and 20 days since the dissolution was final. And yet, the emotions that I feel about that time in my life are distant. They are the same sympathetic emotions I feel when I really buy in to a character in a movie. If I really identify with that character, I feel the things that the movie tells me they're feeling.  But at the end of the movie, I'm done with it.

Looking back on the 2nd marriage is like that. It would appear I'm just done with it.

And there's a weird one, huh? 2nd marriage. Yeah. Look...if we're picking out 'Friends' characters, I always saw myself as a mix of Chandler (Ms. Chanandler Bong) and Phoebe with a dash of Joey thrown in for good measure. Now it seems I'm one pseudo-marriage and dino-degree away from being Ross.

I don't really know what I'm saying at this point. It really is just mental diarrhea sometimes. I sit down and look up 20minutes later and there's a bunch of letters on the screen and I'm hoping among hopes that not only do those letters actually form words, but that somewhere in all the jumble there is at least something that someone wants to read. Some coherent thread somewhere that keeps your interest.

And if not, I'm sure there's something for you somewhere. The interwebs is a magical playground full of the collective knowledge of the human race. For better or for worse. 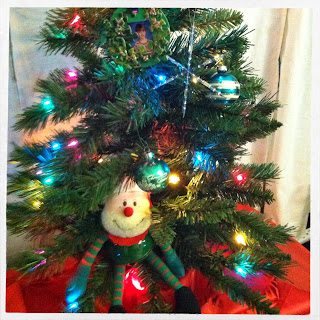 In case you don't follow me on Facebook (and no, I don't presume anything in this day and age), you might be happy to know that I decided in favor of actually putting up a tree. There was some annoyance getting some of 'my' Christmas decorations from the ex. And by 'annoyance' I mean that I forgot to take them when I moved out and had to actually ask her and wait on her to dig them out.  In any event. The tree is up. I can't wait to go home and put on the fake fireplace on NetFlix and watch it snow with my Christmas tree lights up. 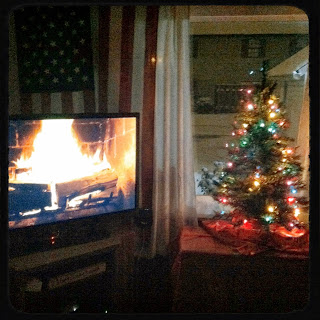 Alright...I need to hop off here. I have some kind of weird food coma thing going from dinner tonight, but that's a story for another time. For now, I leave you with the following:

Have a great rest of your evening.