Some airlines have the whole 'connecting flights' thing down to a science. A well-oiled machine.

Heh. Yeah...no. I can't keep a straight face as I type that.  I started to say that Southwest did it right, until I remembered my sprint across Midway last summer trying make my connection as they announced my name on the PA.

Seriously--that's the worst. That shaming page on the P.A.

What you hear is

"Hey everybody in the terminal...check it out. Andrew Todd Skaggs is late. Like seriously late. I mean where is this guy?!? We started boarding this plane 20 minutes ago and this dude is nowhere to be found. We've checked Auntie Ann's and even that generic gift shop with the $6 Swedish Fish. Where is this dude? People on the plane want to get the hell out of here....run fat-ass run!!"

Well...maybe that's just what I heard.
Worst part on that one is that I had to pee.

Which, actually, may be a trend.

My flight from Columbus to Charlotte last night was running tight. I knew it would be tight. I had 30 minutes or so from the scheduled touchdown to the time the connecting flight was boarding. I was landing at gate C2 and needed to get to gate C13. At some airports (*cough* Washington Reagan *cough*), this requires a bus ride. I checked the interwebs, though, and at Charlotte, this was in the same area. No problem.

Only we didn't take off on time. We were about 30 minutes late.

And I had to pee. So....by the time we got off the plane (which was a whole other circle of hell that Dante never envisioned. For real. When that >ding< seatbelt light goes off, the cattle all stand up to hurry up and wait...and it took them 10 minutes to even open the damn plane door)....ok...so I step in to the terminal...and I have to pee. I mean it's not urgent, but I know it's coming.

Only it's after 8. And I look at the gate of my connecting flight...and it's empty. So I panic and rush up to the counter and give my boarding pass.

And I board the plane.

On a window seat.  2 other people between me and the aisle.

Ok. No biggie. I'll go pee when we get in the air. (Since you can't go pee when they close the plane door).

Well..by the time I had the chance, the 2 people next to me were asleep.
Then there was the drink cart.

By the time we landed, I really truly had to urinate. Good times.

The big takeaway there is never pass up the chance to pee.

And then there was the whole shitake mushroom mixup with my luggage. Well, not really a mix up as much as my luggage not making the flight. Apparently the baggage handlers stopped to pee. So my luggage was on the midnight flight out of Charlotte. Which, apparently, is nothing like a midnight train to Georgia.

So what have we learned?

On the plus side, I got a nice little TSA friendly amenities kit from US Airways. For whatever that's worth. 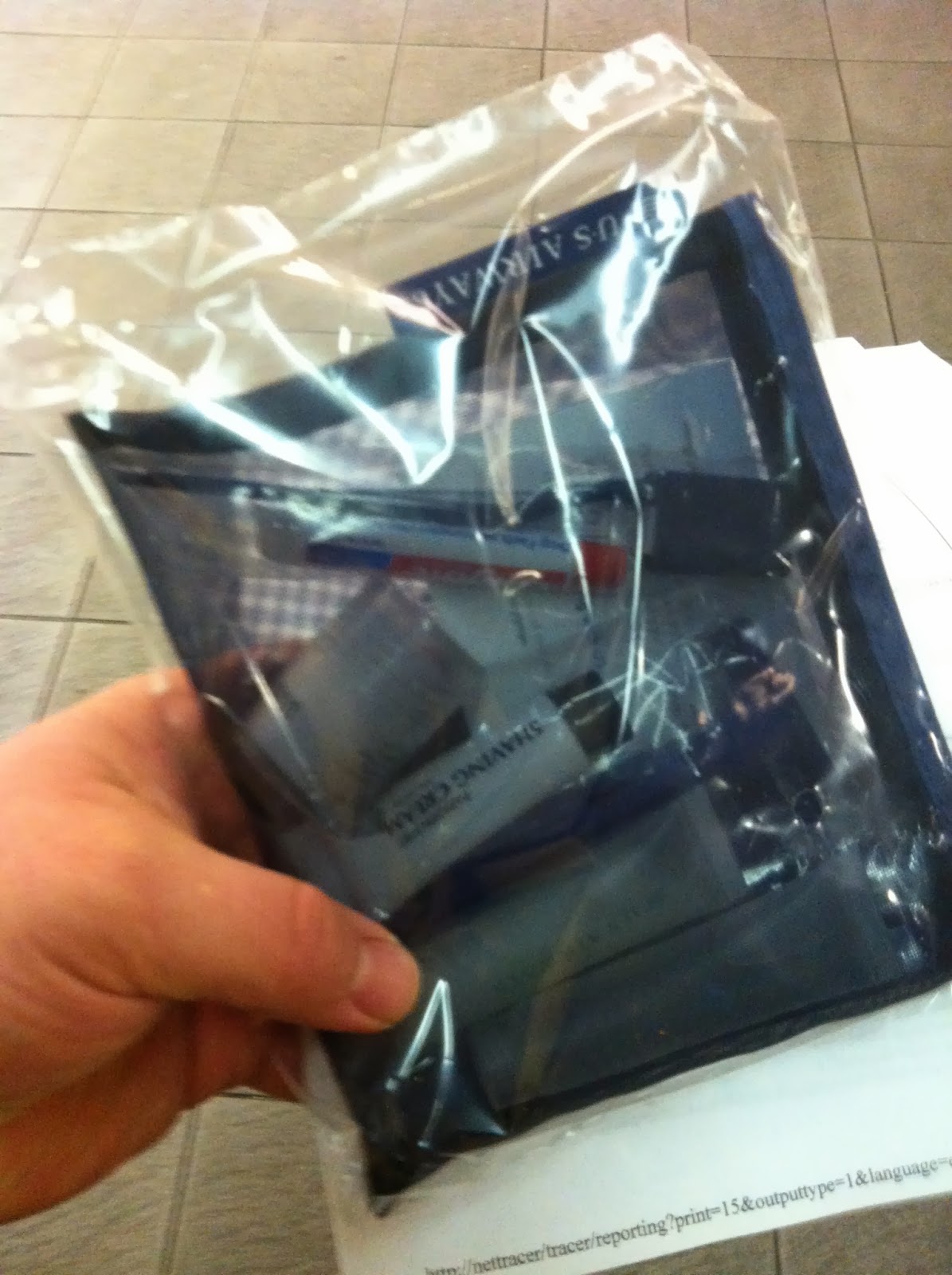 And while we're wrapping back around to how long it took to de-plane (well, one of us is wrapping back around to that, anyway)....Why can't the airlines seat people according to time to their connection? I mean I know there's some unknowns, but damn...people who have to sprint to the gates should be allowed to deplane before the hip-hop twins who are at their final destination. It doesn't make much sense to me. I'm sure there's some valid reason, but that wouldn't be any fun, would it? I don't want you to apply logic to my rant. This is America, I want to bitch about something without any logic or rational thought entering in to the equation whatsoever.

Well...I guess that's all I've got for now. I think it may be time to either take a nap...hit the hotel gym...or grab some dinner.

I'll leave you with the view I woke up to this morning... 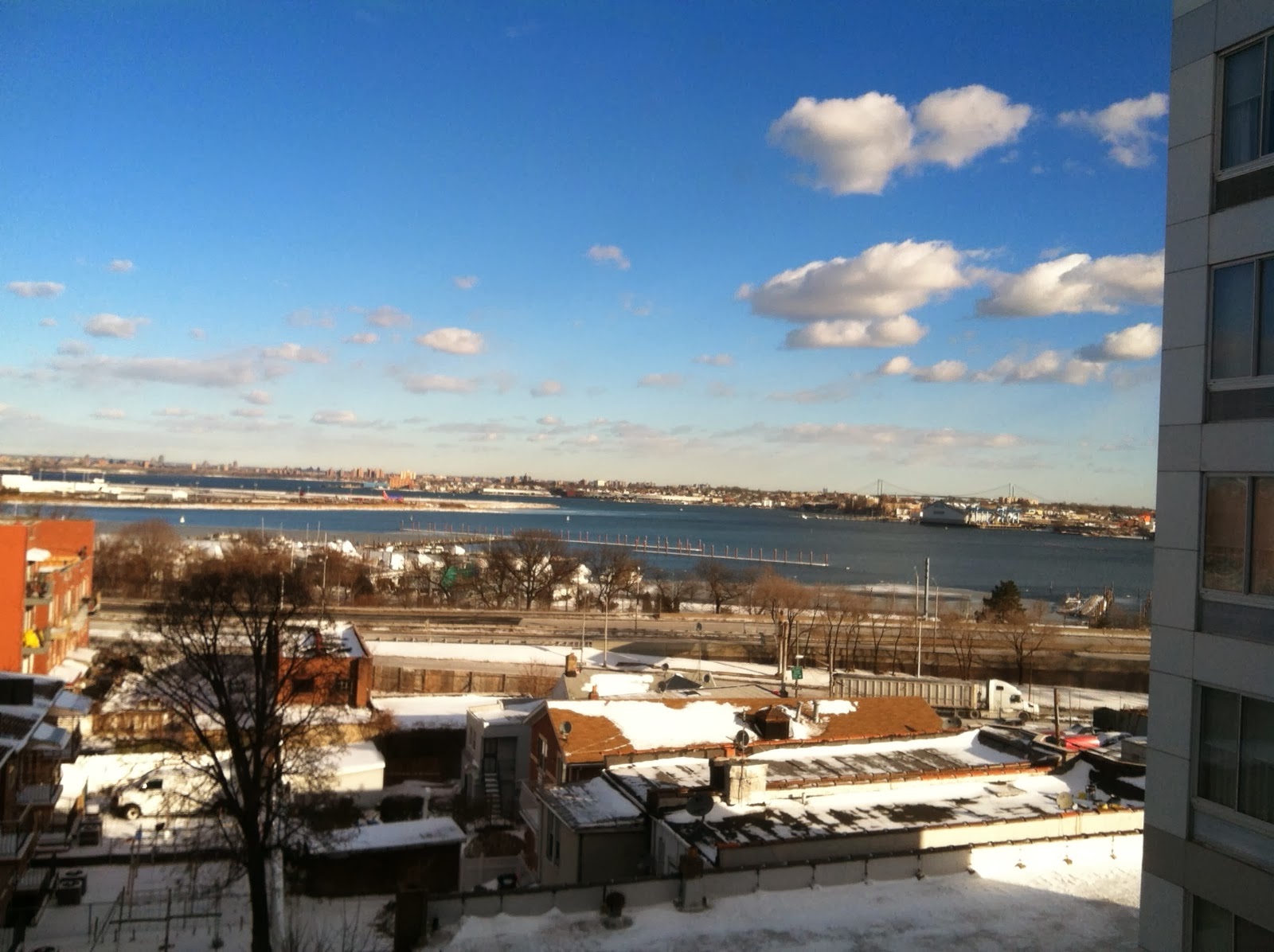