Thoughts from the land that time forgot...

Sitting on the front porch at the farm...

Dad and I came down yesterday. This place is magical to me. It always has been. Even from an early age this place has been a completely different world from my every day life. Growing up in ‘The Big City’ as Papaw would call it (Westerville wasn’t big when I was a kid--hell, it’s still not...and it sure as heck didn’t seem like a ‘city’ as a kid, more like a town). But it was still night and day from this place. Compared to the starkness and vastness out in rural (and I mean friggin’ rural) Eastern Kentucky, Westerville was like New York City. 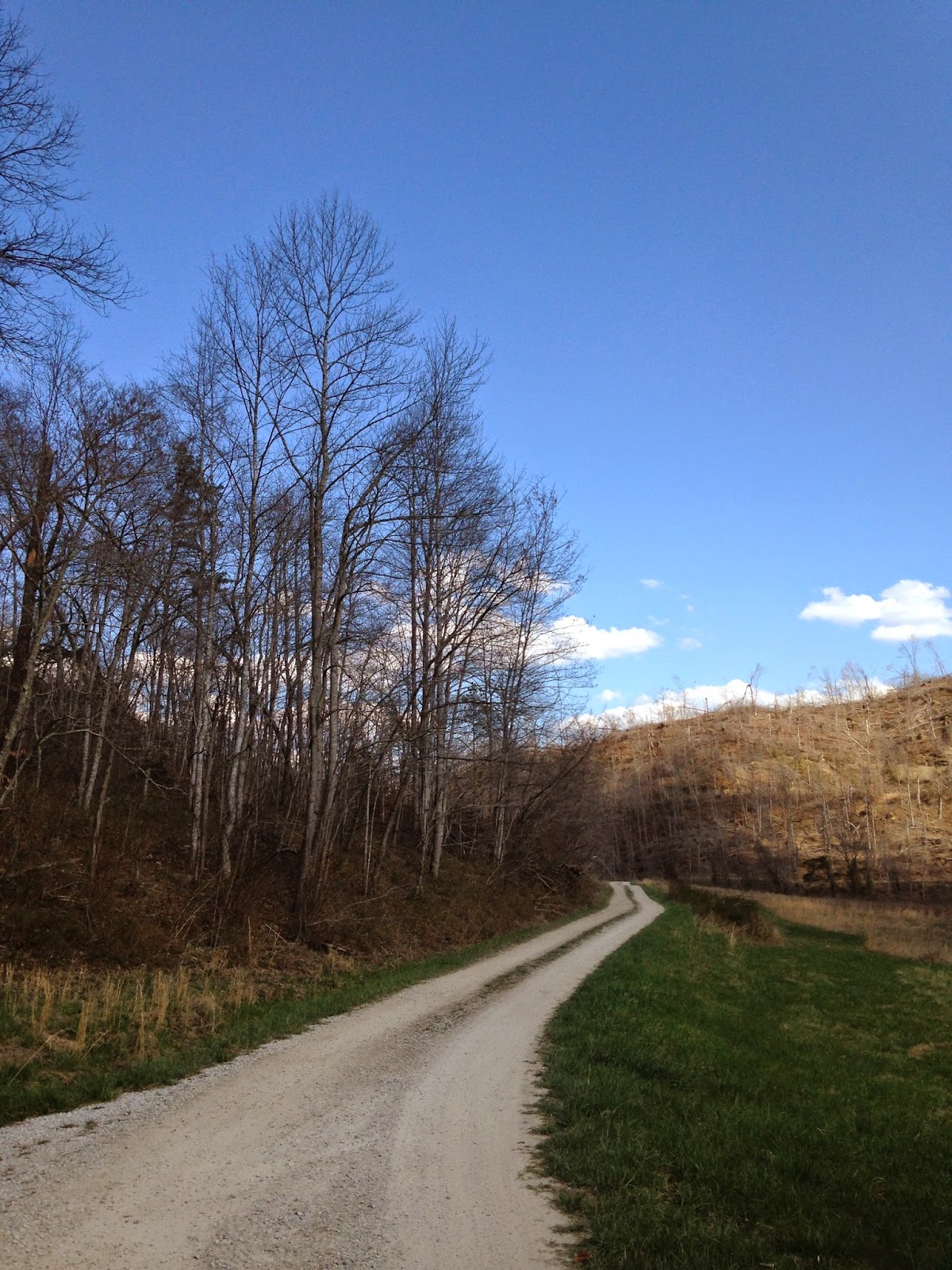 My aunt and her significant other came out to the farm yesterday, too. It was good to see them and to be honest, quite a surprise. Dad and I really didn’t expect any of the ‘we’ll try to make it outs’ to actually show because...well, when we travel to the farm, it always seems like they never do.

The house has stood empty for a while so it was in a state of disrepair of sorts. The tornado a couple years ago didn’t help much either. But steps are being taken to make it inhabitable again. There’s a few fun stories of how things we take for granted (like toilets that flush) aren’t so assumed down here, but those may be stories for another time.

We felt them again yesterday evening. The ancestors. We know they were (are) here with us. I was framing a shot of the moon before the sun went down.  Dad called me over. As I was walking to him, I felt as though I passed through a warm bubble. I had felt that bubble a couple other times in my life. One was most notably when I was in the back of a pickup truck (my grandparents) that was going over the side of Adams Hill in a summertime rain (it was not nearly as fun as you may think, the ‘going over the hill’ part was made easier by the oil on the road and the absence of guard rails)..as I passed through the bubble on the way to Dad he pointed for a place to me to stand. In that place the temperature dropped at least 10 degrees. Instantly. It was a pocket of cool. We had felt this before too.

On another trip to the farm, Dad and I were driving the gravel road leading to the farm, windows down. Arms out. There was a spot in the road where he was telling me about Papaw and the snake. The temp dropped and all of the hair on our arms and back and neck stood straight up.

On this spot to the barn yesterday, the same thing. Temp drop. Hairs stood.

They were telling us...hello? Thank you? Welcome? We’re Here?

I don’t puport to translate their messages. At least not until my third eye opens a little bit more and it becomes easy for me to see these things without the prompt.

Yesterday was nothing short of magic.

I got my moon shot. Two of them actually. Neither was the one I was framing when Dad called me over.

And that’s as I should be, I suspect because had I waved him off in favor of the photo, I may not have felt them. And I may not have gotten the shot that I did. 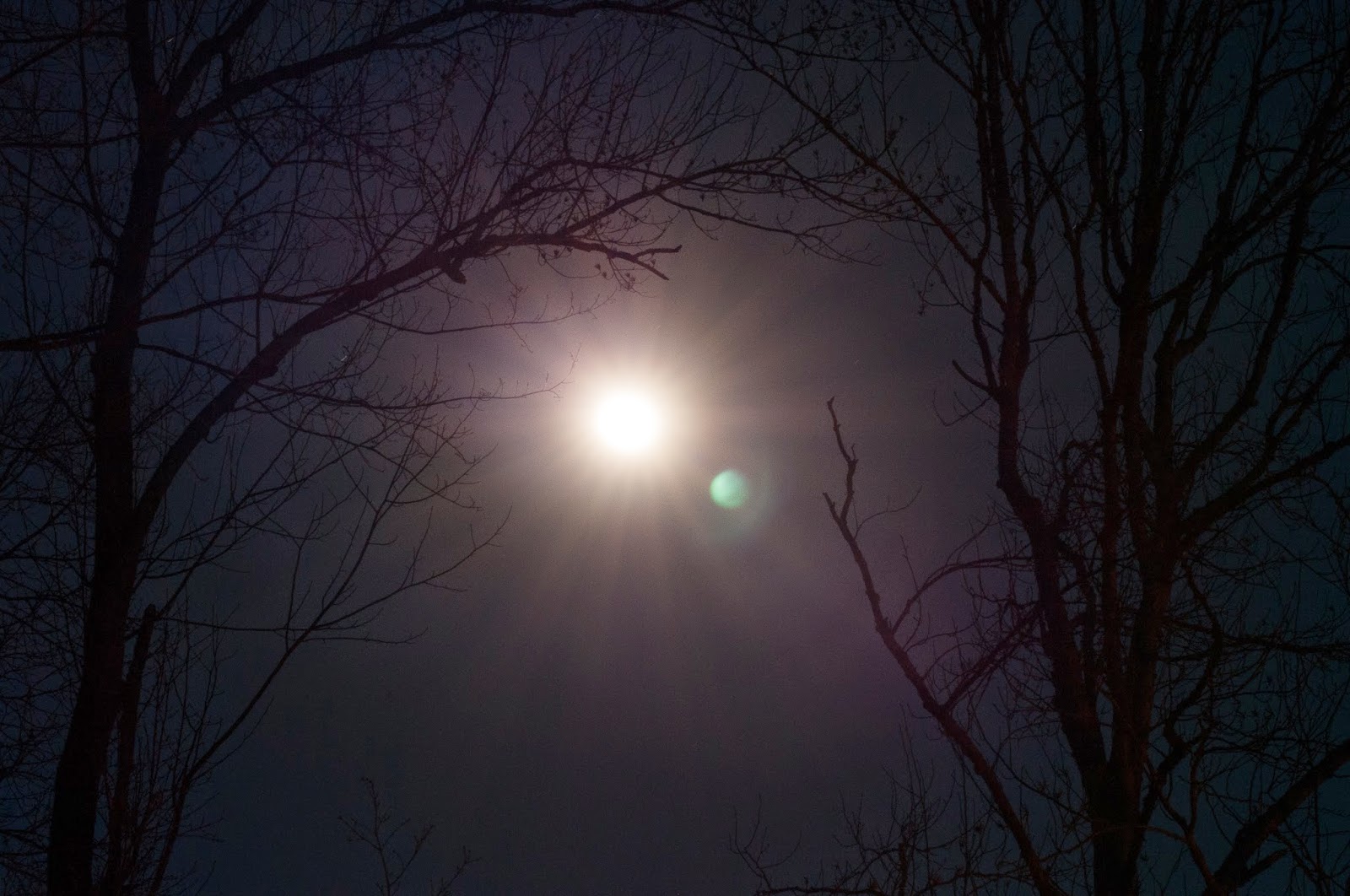 Here’s a short list of the epicness of yesterday: 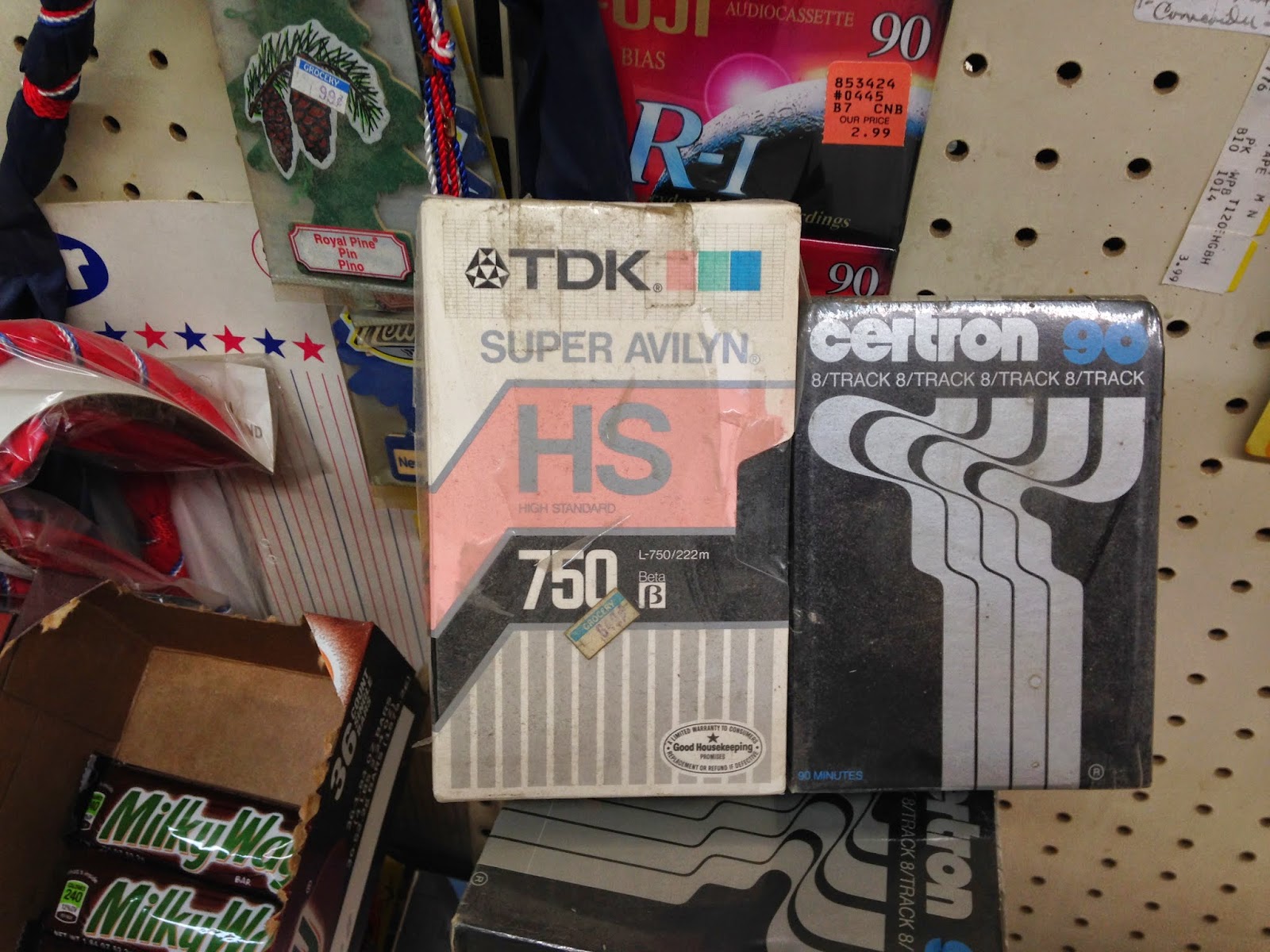 I just really can’t quite put in to words yet how amazing this place is to me. I know that it’s ‘scrub brush property’ and not some amazing post card vista.  But this place is truly magical to me.

I wonder, if my friends came down here, if what they would see is the magicness of the place because of the place itself or if they would ascribe some additional beauty to the place because of the magic and wonder that the place holds for me. It’s like how someone keeps telling you how beautiful something is and you just dont’ see it (some newborn babies are perfect examples of this) and when you can put yourself in their shoes...see that thing through their eyes, it becomes the beauty that they see.

As I’m typing this, a news bee lighted on the laptop display. Had I had my phone out, it would have been an amazing picture. It flew away as I reached in to my pocket. Maybe the point was not the pic,  but the gift. To have just seen that. 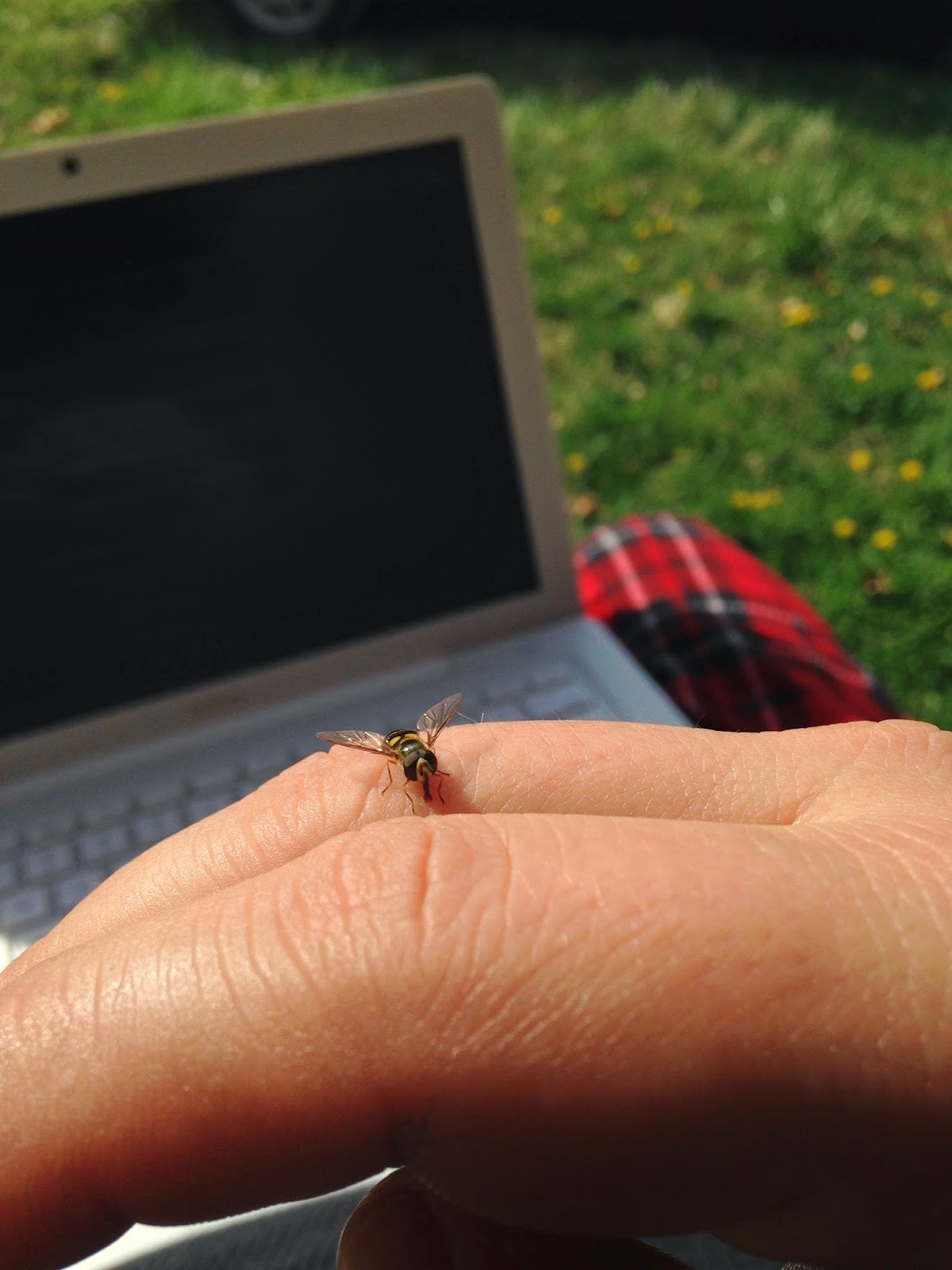 Time stands still down here. 9:30 last night felt like 2 AM. And if you make it to 11:30, fuhgeddaboutit.   I woke up this morning when the sunlight came in through the window of the back bedroom. I burrowed a little deeper under the comforter and went back to sleep.  I hadn’t checked the time then.

Thinking hours had passed when I rolled over, I checked my watch...7:46. Much too early to wake up on what is to be my getaway (get back to me) weekend. Rolled back in deep of the covers, Quilt in the mix this time. Quick dream about....oatmeal (WTF)....and then back up. Thinking it must surely be at least 10:30. Nope. Something like 8:19.

The regular rules of time just don’t work out here. When it’s night, it gets dark. Like really dark. And when it’s day, it’s bright. There is none of this day for night shit that happens in the city. The body knows when it needs to sleep and when it needs to wake and time seems to bend to that particular precept here.

I have a 4 minute recording of me sitting on the front porch, writing this piece. You can hear the tap tap tapping of the keys on the laptop. But you can hear nature. True nature. All around.

In the city, it seems like when you hear a bird...or some other sound of nature as she asserts herself, that seems odd because its out of place.

Down here it’s quite the opposite. Down here that’s ALL you hear. The occasional air plane or truck on a distant road--THOSE sounds are the intruders. It’s a whole different world.

And it’s truly what brings peace to my soul. 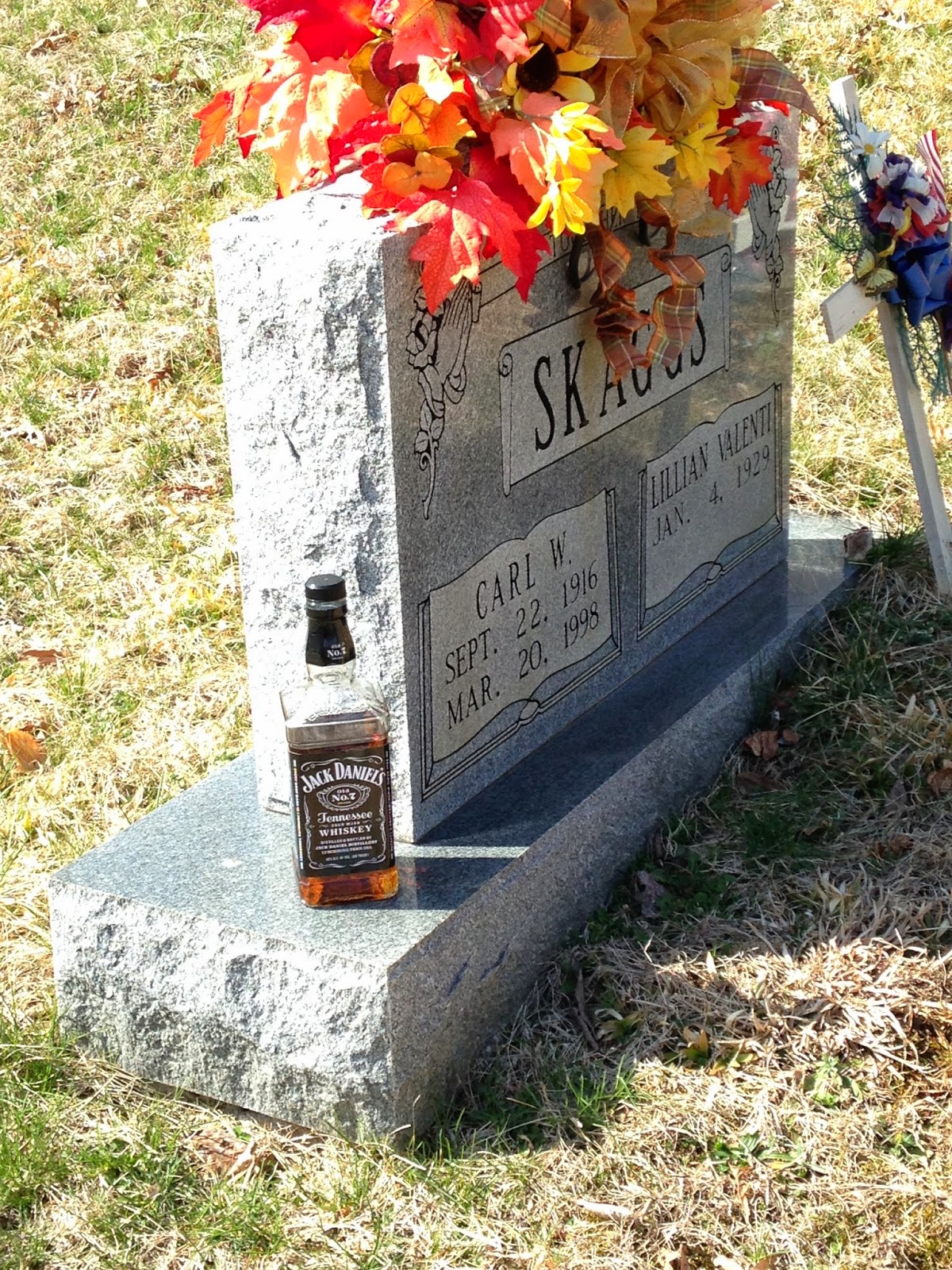