JDR came over today and we jammed. Now...I'm not going to lie. I know he's an encyclopedia when it comes to jamming. Classic Rock...Alternarock...Country...whatevs. He plays it.

I threw on the 'T-Bone' ring and assumed my rock persona (T-Bone Skagglerock) and we got the equipment all plugged in and tuned and ready to go.

I think David (JDR as I sometimes call him in my head) was thinking that I might not be up to snuff. And to be fair...I'm not up to his level of playing. But what I lacked in skill and rote memory from years of playing, I made up for in heart.

And it was a good 4 hour jam session.

There were shots. And beers. And learning songs. And playing songs I knew.

And it was friggin' awesome (I'm sorry Jack...I really needed to use the f-bomb there, because it was that fucking good of a session). 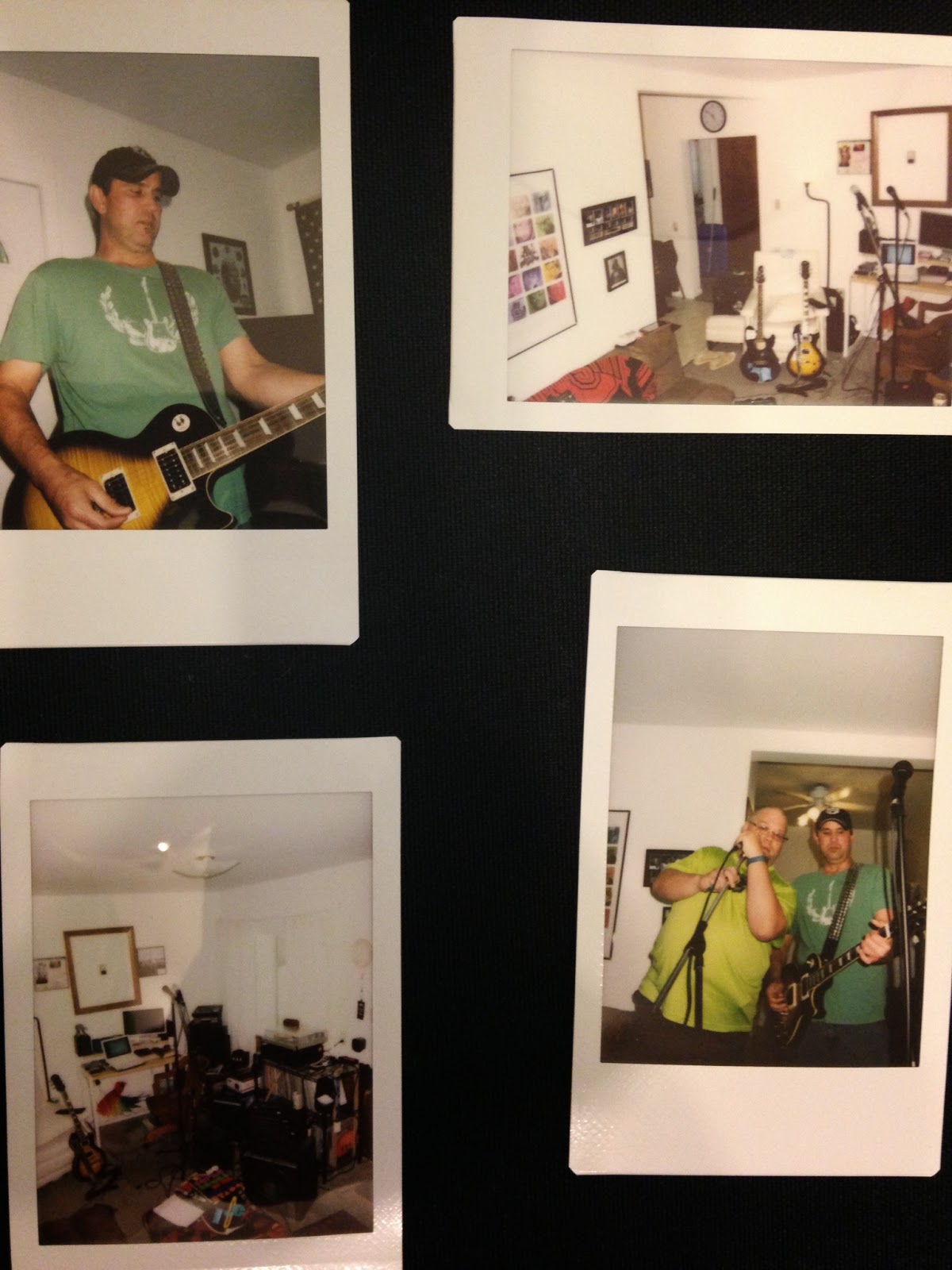 I didn't exclusively do vocals. In fact, I actually played the slash for a good chunk of the day when we realized that it fit my fingers better than the Firebird (I was really digging the Firebird..but I'm a Les Paul guy...always have been...tried to play a Fender...hated it. I have to have that thick neck).

And it hit me. Well, it really hit both of us. It wasn't just a jam session. In this little afternoon...we formed a band. I mean, we'd talked about it before in the wee hours of inebriation, but things took a turn for the awesome today when we actually figured out that
and thus, today, The Futon Ninjas was born.  We have a singer lined up (if he'll have us...well, me)...and a lead on a drummer. And JDR and I will likely switch off duties between base and guitbox.