I have said it before and I will quite likely say it many times hence--driving in commuter traffic is my enlightenment litmus test. Seriously. There's always something that gets under my skin. And then...usually, by the time I get to work or home, I'm done. It's that actual drive that's annoying in some tiny way.

This really hit home for me last week when I was covering night shifts at work (I think that was last week).  As I was going to work and coming home, it wasn't during the normal 'rush hour' times.

And I didn't hate the commute.

Not that I hate it other days. It just didn't bug me.

The flip side of that is the simple fact that I now know that I can be happy during my commute to and from work.

It's a lot of positive attitudinal shifting to take in right now. Especially since I was heading to bed 10 minutes ago. But I didn't want to forget about the rainbow.

The drive home last night sucked. Torrential downpours. Walls of water coming straight down kind of suck. And then there's this one section and the clouds break and the sun is coming through.

In the mist of the car in front of me, I see a little rainbow ball. And then I see it.  The full-on rainbow.

And I'm heading straight for it. 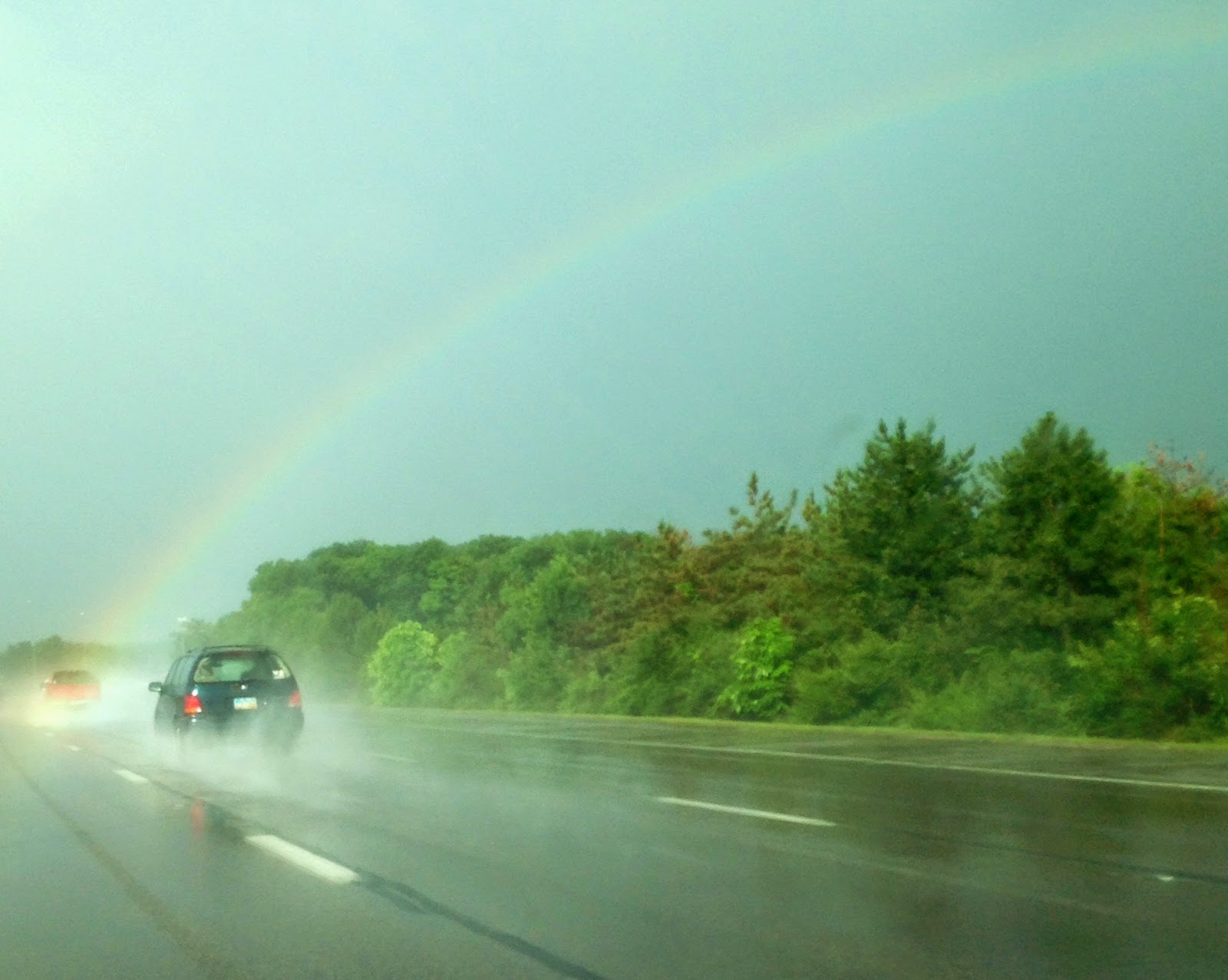 The simple nature of this hit me between the eyes.  I'm not going to say all of my self doubt is completely gone, but it's a lot less than it used to be.

Mostly because I was fortunate enough to be driving through a rainbow.

And now it's time to sleep.  See you in Dreamland my friends!!