Everything Counts in Small Amounts 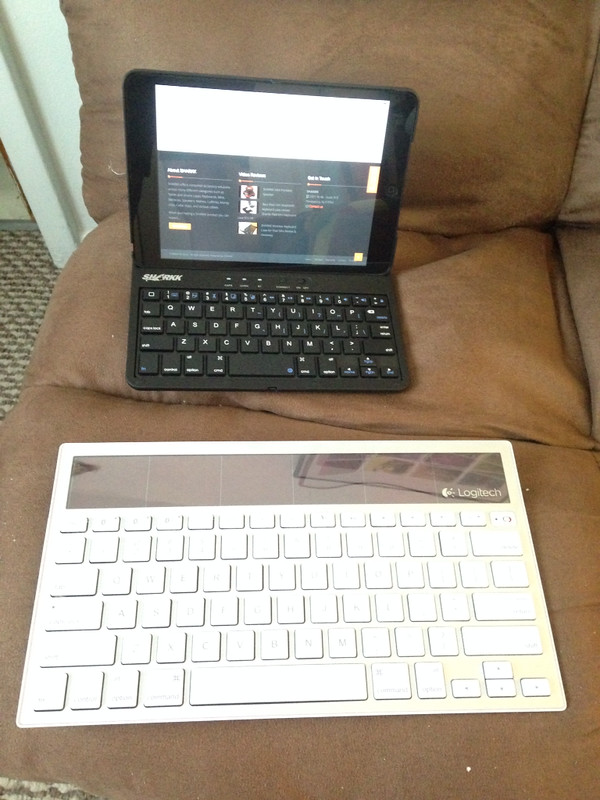 So...the pic above should give you a little bit of an idea of what I'm grappling with by getting the new keyboard-case. The keyboard that I was toting around with me was basically a full size keyboard. It could pair to 3 different devices and it is solar powered.

But..and this is the huge downside....it is separate from the iPad. Granted, I type a hell of a lot quicker on a keyboard that size, but the fact that it's another piece of gear always slightly annoyed me (anything I may have said aside).

So...other than the size of the keys, this Sharkk is pretty much the bomb. I may or may not go in to more detail at some point, but for now, the size is my biggets gripe. And I'm willing to bet I can overcome that.

Theres one more thing. And its a nit-picky thing at this point, but it may be enough to drive me to the Snugg keyboard case--it's the damn apostrophes. The apostrophe is not a top level key. It's a Fn+ combination key. May not seem like that big of a deal, but have you seen how many times I use that fucking character?

OH. Shit. The question mark is the same way.

It sounds petty, but this may be a deal breaker.