This may, in fact, expose my geekiness (I know...you all think I'm just this sexy beast who pukes all his thoughts out on this blog...but I'm a geek).

I got a lesson in group dynamics the other day. I'm sitting on my front porch (patio really), not at my new bistro table (because, well, I haven't ordered it yet, but that's really besides the point--it was more just extra detritus floating in my head).

So...where was I? Oh yes...dungeon raiding parties and group dynamics.  So, one of the hardest things I've found about role playing in person (table top gaming, if you will) is separating the player's character (the PC) from the actual person playing him (or her). When at least one of the people have strong personalities and/or the tendency to take things personally, it's a recipe for disaster. When another person or persons likes to stir shit up and at least one or more of the remaining members of the group doesn't give a shit either way, it's a friggin' shit sandwich on a turdy platter.

And that's pretty much what happened. We made it through a major section of our first campaign. Got our XP....collected our treasure...and... then it all went to shit.

Here's the thing. My playable character, Krivnaar. A dragonborn monk of the clan Nemonnis couldn't care less about the treasure or the shit going down between Candy, a theif and Drake, a Ranger. Seriously...he couldn't. And Todd (that's me) had enough going on trying to not to royally fuck things up for the rest of the party that I really wasn't paying much attention to the people playing those two characters. But I should have known. We can't make it through a game of Munchkin without someone getting butt-hurt in the process.

Here's the thing. I had fun playing. And I think the rest of the party did too. But someone got their feelings hurt and now doesn't want to play.

I can understand it. But it still bugs me. Because I think it's gonna kill the group. At least for the very near term. And I don't think it has to be that way. I'm a firm believer in thinking people can work through that kind of shit.

But maybe not...I don't know. It's hard when someone takes things like that personally.  Funny thing is...they play another game cooperatively.  It's just messed up.

Here is how I think I'll wind up remembering the night. 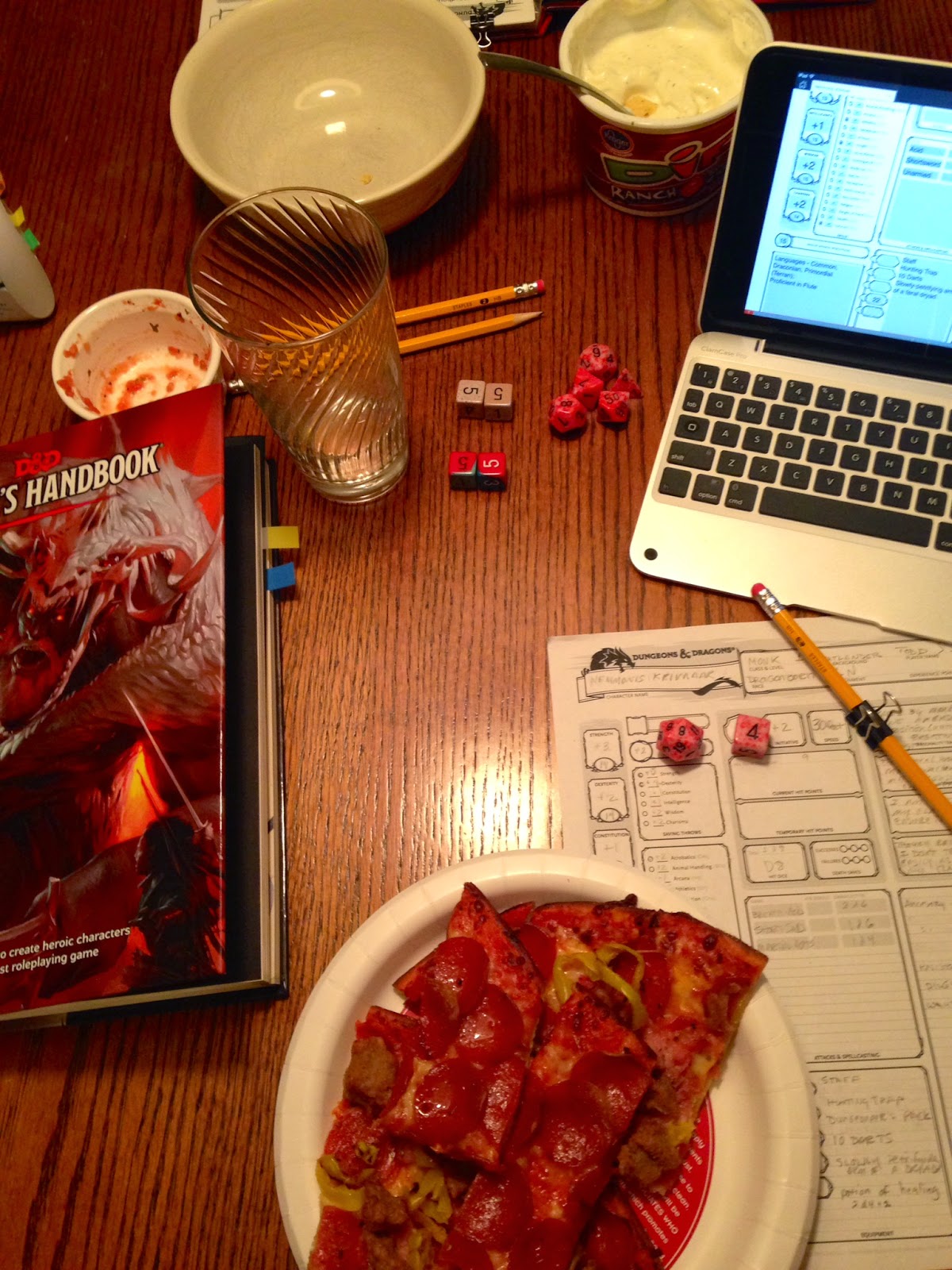 I can see now why online MMORPG's are so popular. The computer does all the maths for you (hell it even rolls the dice for you)...you get to be your character...you don't have to imagine anything for yourself and you don't have to actually interact with any one else in person. The only people they know (or you know) are their playable characters.   I can see how it's the best of both worlds.

Only...I hate it. I actually like the interaction with people (even with all of their minor annoyances). I think that's why I don't play many video games these days. You HAD  to use your imagination with the Atari. The little Nintendo portable I have is fun, but I don't play it that much.

There isn't much of a point to this post, I suppose....other than I'm a little bit sad to think that my newfound tradition of Nerd Gaming Friday night might be coming to an end before it really even got off the ground. I mean we didn't even make it all the way through the starter campaign for crapsakes. 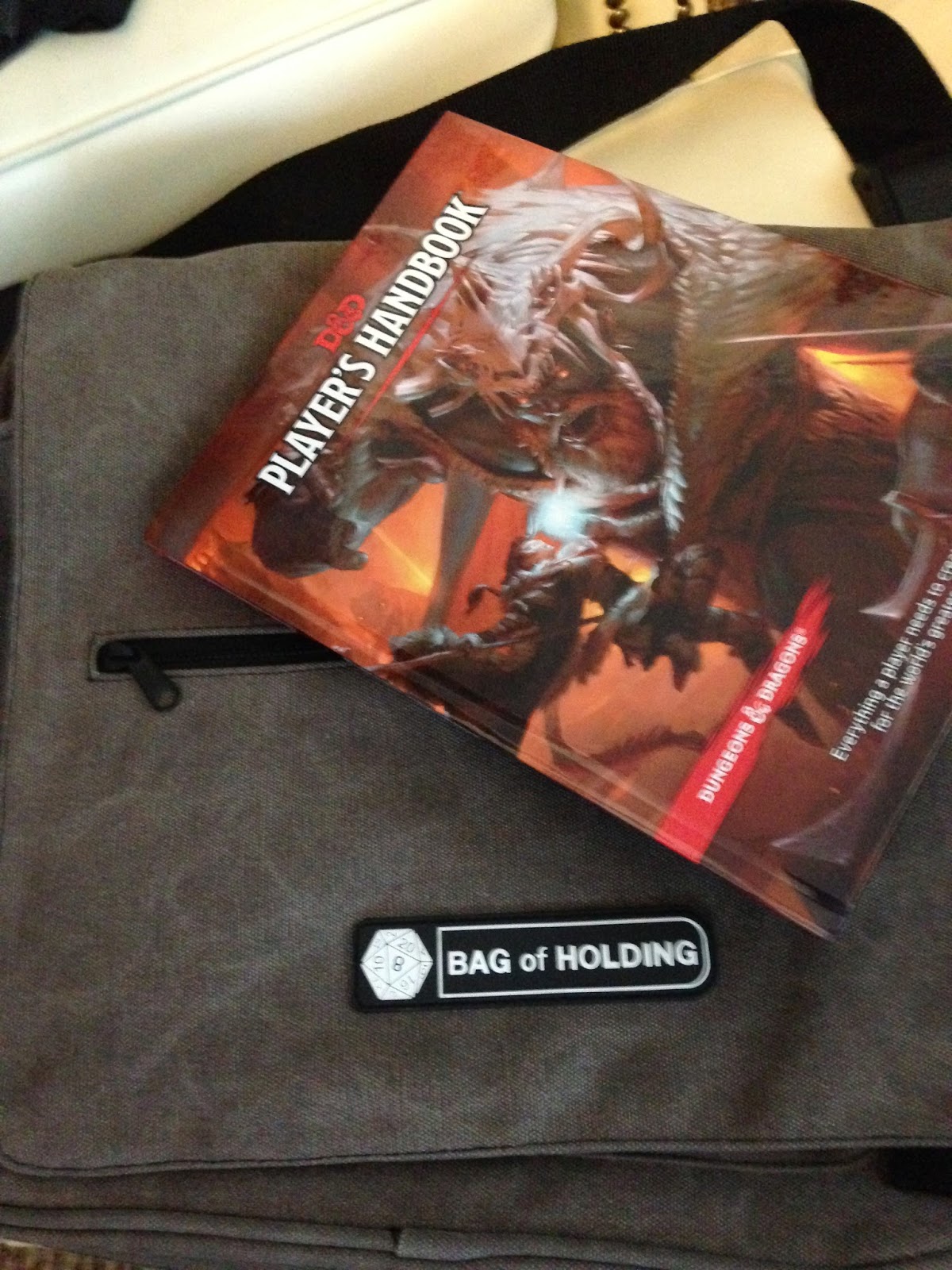