I'm not the first one to do this. This is not an original idea. At least I don't think it is. It can't possibly be. But no matter. I'm doing it. I'm owning. And I'm gonna have a friggin' blast with it.

I'm talking about the one they call Super Action Action Man.

Super Action Action Man was born in Kentucky. Well...actually he was born in China. But that's OK. Because, the issue is not the Chinaman, Walter. The issue is of course the rug. It really tied the room together. But that's a story for another time. And I'm all out of sarsaparilla.

Back to Super Action Action Man.

The story goes that during my last sojourn to The Farm, my aunt and uncle came out there to visit me and my dad. They brought with them their grandson. I can't do the whole family tree to really figure out what he is to me. But no matter.

He had with him an action figure. Which is just another way of saying 'doll for boys.' I don't know why people get hung up on that. But no matter.

Speaking of dolls, and to provide a little bit of foreshadowing...this is what happens when Todd plays with dolls... 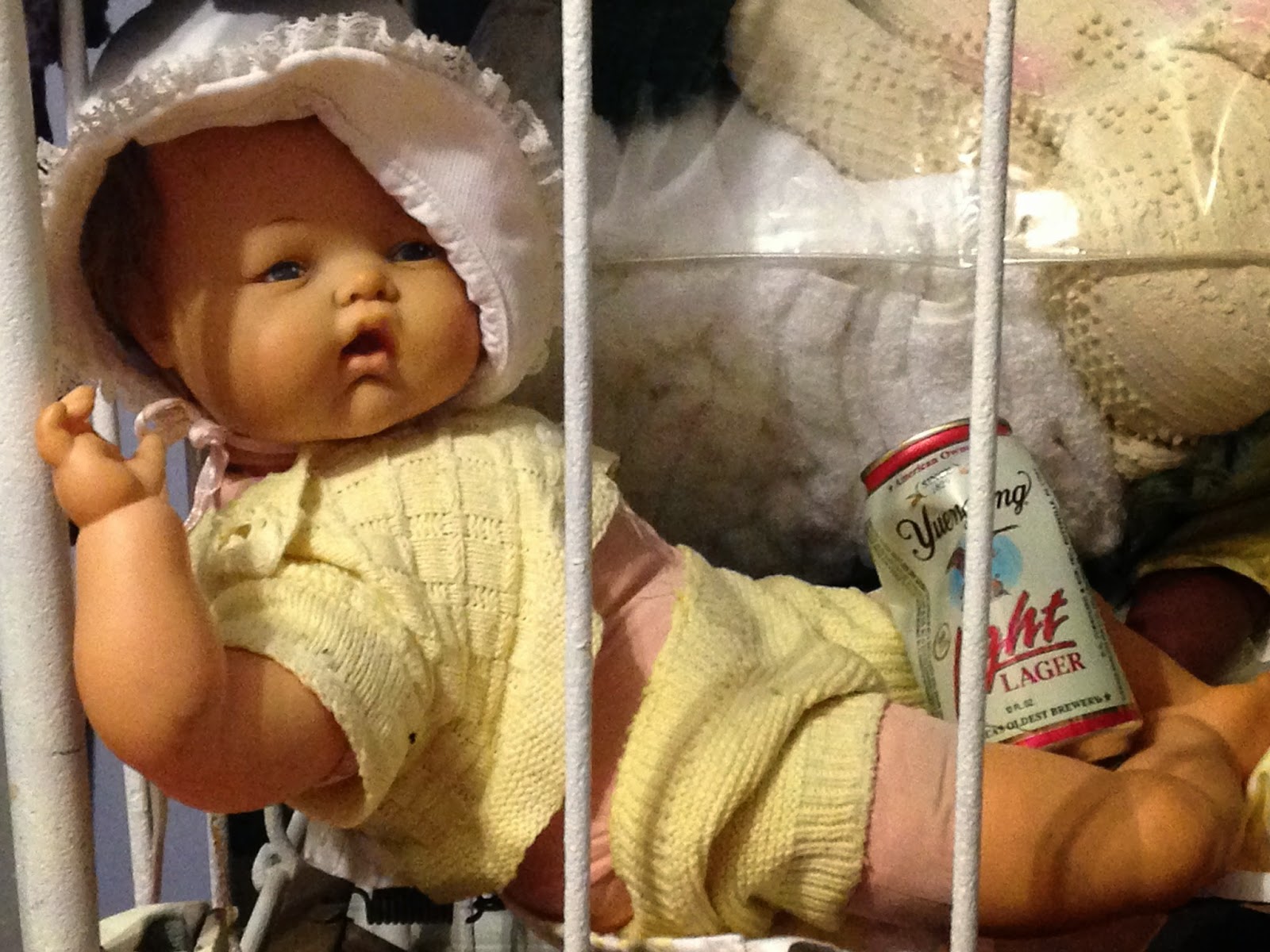 You might see where this is going. Maybe not. I'll continue.

So...he had an action figure. I don't know who was or who he was supposed to be. Maybe he had a name, maybe not.  Doesn't matter. He was but a pawn in my drunken reverie. 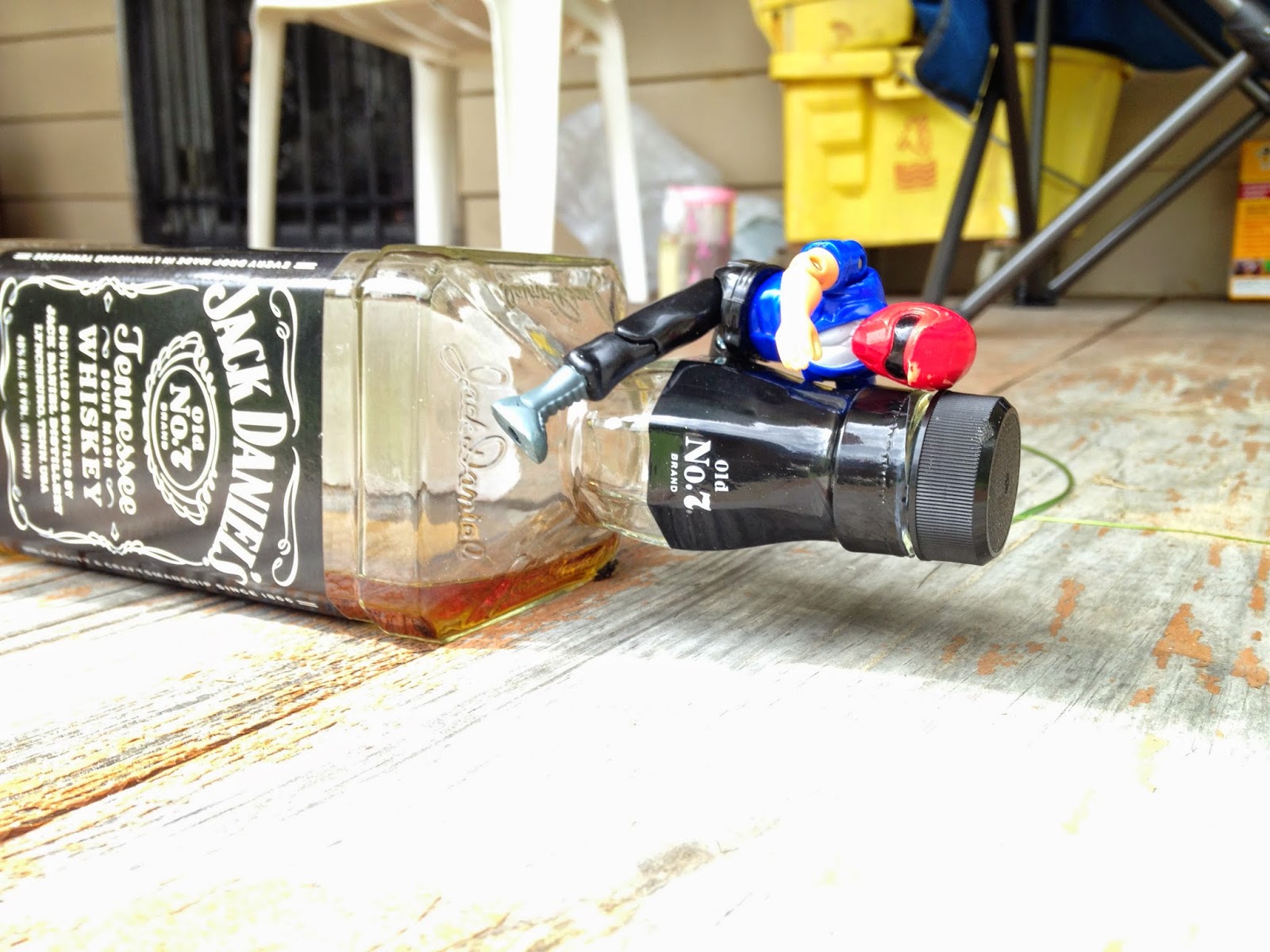 I was amused. Dad was amused. Our friend Rose was amused. My uncle and aunt may or may not have been amused (but to be fair, I've long ago accepted that I'm the weird one in the family).

This led to a trip to the General Store (Ralph's). It's about 20 minutes or so from the Farm. But on our last trip there, I noticed they still had toys on the shelf from the 80's and 90's. I couldn't remember any action figures, but I was hopeful.

We got there and the only thing I could find was a Nelson figurine from the Simpson's. Barely articulate. And also there wasn't much range in the legs and arms, for posing purposes.  So...I was a little bummed.

And then I asked the matronly woman working the register if they had any action figures. She pointed me to a tub of toys that her grandkids had decided to give away.

That's when I saw him.

I had already named him before we got to the store.  It didn't matter what the action figure was originally. It was going to be renamed and going forward would be known as Super Action Action Man.

The gag is to take him places where I have my instant camera and pose shots with him in them. I even have a photo album just for Super Action Action Man photos.

It's fun.  And that fucker goes everywhere. Seriously. He gets more play than me. 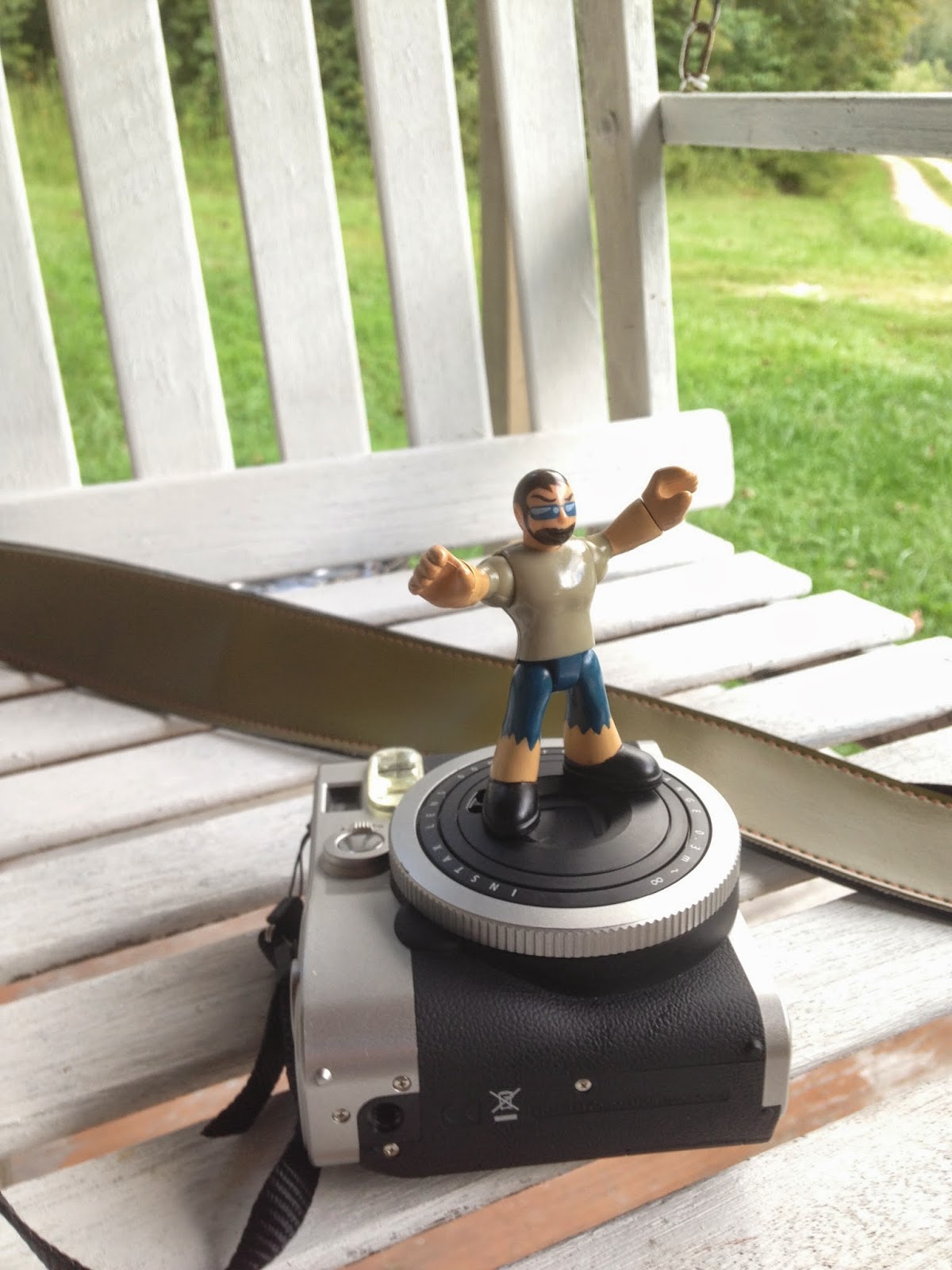 I'm pretty sure he's a lot like me. In the shot below you can definitely tell that he likes his drink. 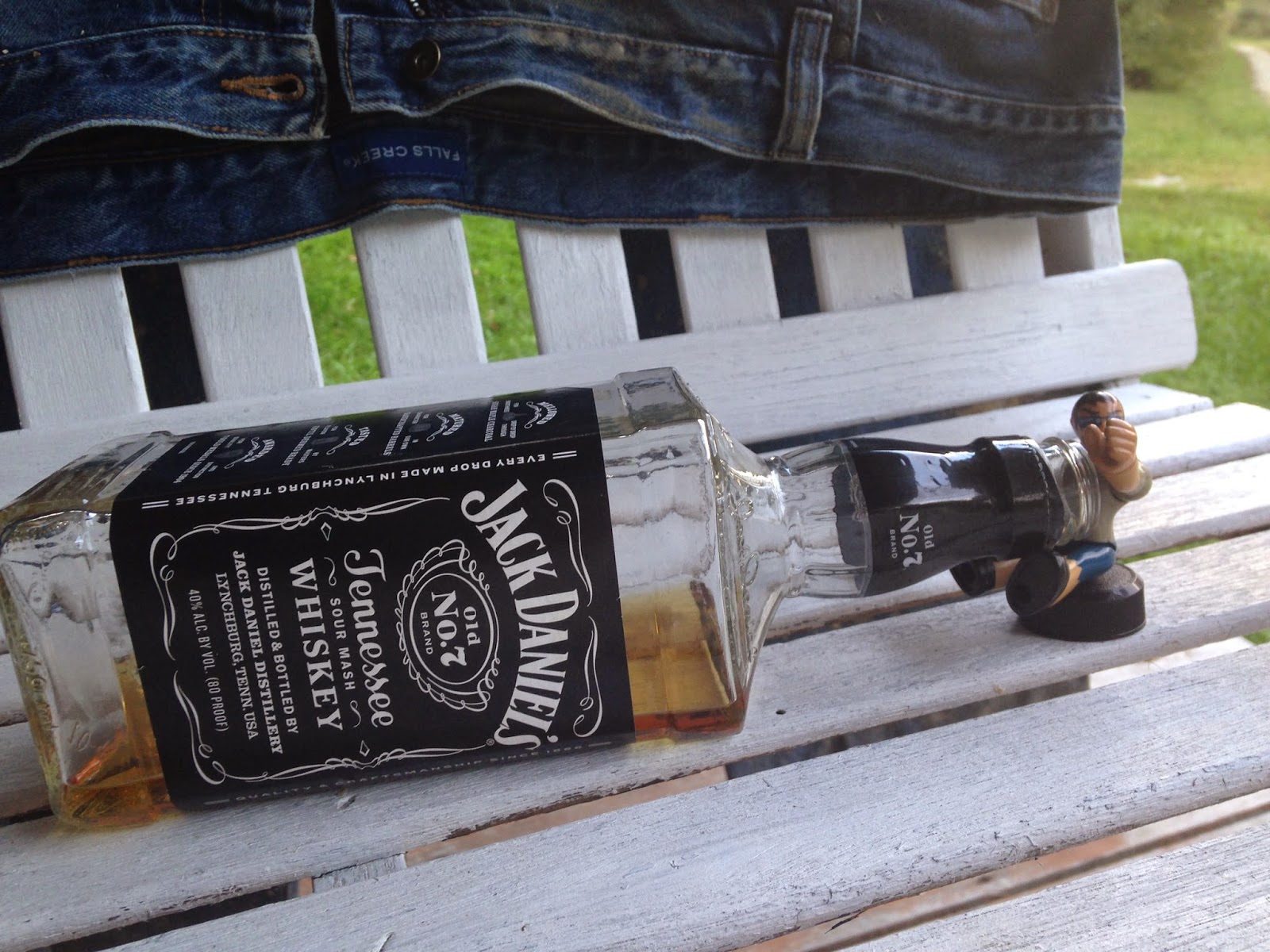 And yes. In case you were wondering. Super Action Action Man does pretty much go everywhere with me. Well...you never can tell when you'll have a funny photo op with a 3 1/2" action figure.

After all, he goes where the action is.