thoughts from the Farm... 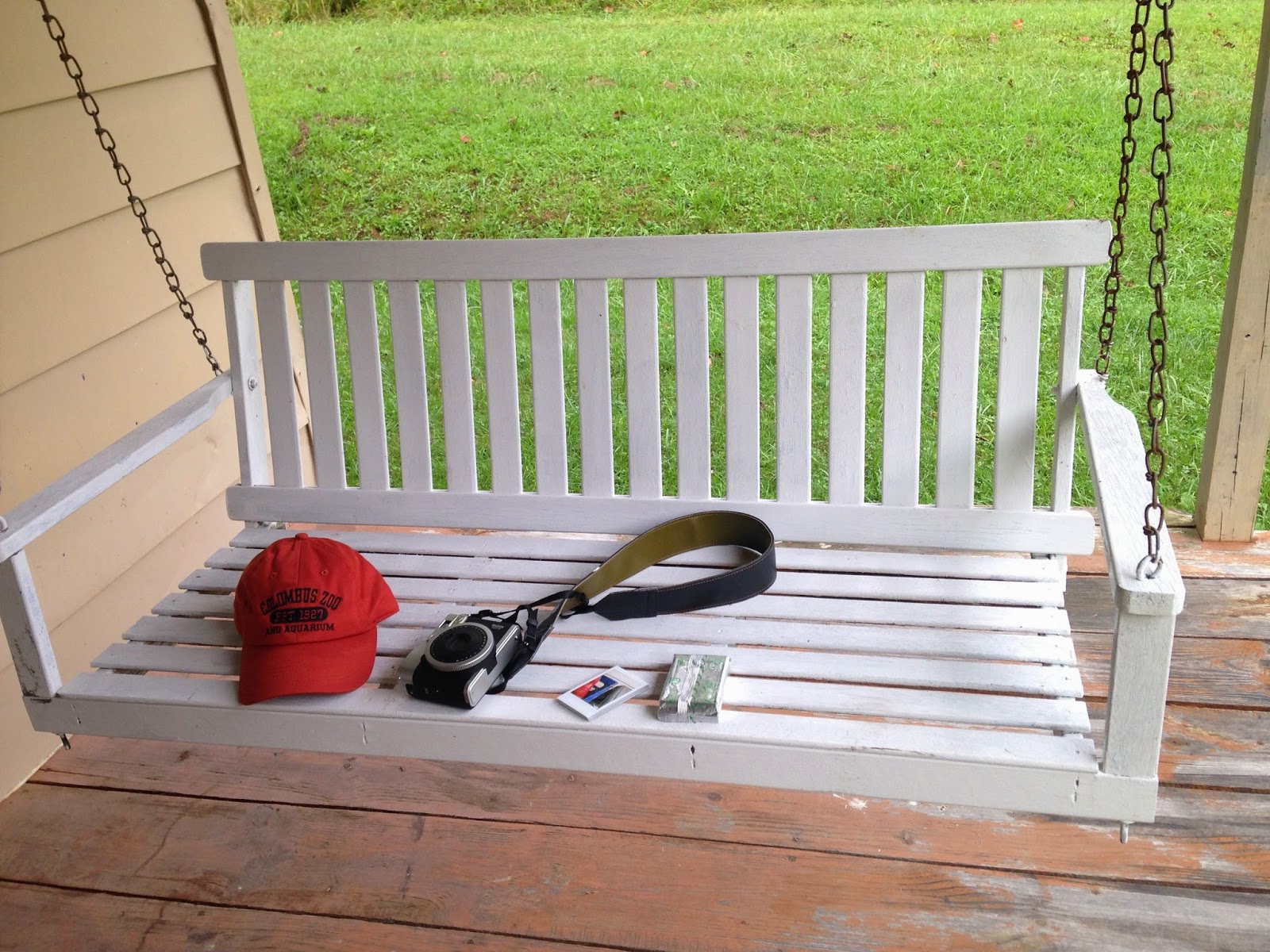 There is something magical about my trips to The Farm. Always has been. From when I was a child anxiously awaiting the arrival of my mamaw and papaw in their bright red Chevy pickup truck, to the recent times with Pops. Our road trips are more healing than anything these days. Both of us still feeling the sting of his uncles selling the upper farm.

Papaw’s farm still remains and is from here through eternity known to us as The Farm. Anytime Dad says ‘We’re going to The Farm,’ I throw in a hearty ‘Fuck Yeah!!’ for good measure (Thank you Team America:World Police for that).

As is our custom on these longer trips (and even on the shorter ones), we stopped at the 23Southbound FleaMarket near Piketon.  Last time we were here I got an Atari 2600 and 14 games for it (from 2 different vendors). I stopped at the same booth where I got the games before. Dude had a shit-ton. I got 14 again (including getting 2 Breakouts…not sure why). He charged me less this time. Not sure if it’s because he recognized me or not. In any event…the only one that I’m missing now that I really want from when I had it before is Boxing, by ActiVision. I’ll break down each of the games in later posts…including the Journey “Escape” game. You don’t know how badly I’m hoping that there is an 8-bit version of “Don’t Stop Believin’” on that game.

I’m trying a different writing app out than others previously tried. It’s called Scrivener and is supposed to be the shizznit for writing apps. It’s got a true 30 day trial (30 days of actual use, not 30 calendar days). And if I like it, I’ll fork over the $50 for it. So far, so good.

So…down on The Farm (FY), there seems to be only one cell carrier that works. AT&T doesn’t (and therefore T-Mobile doesn’t since they piggy back on AT&T’s towers in this part of KY). Sprint may or may not (don’t think so. Don’t know). This means Virgin Mobile may or may not (since they piggy back off of Sprint). I seem to remember my Virgin Mobile phone working down here before, but I’m not certain. In any event, Verizon is the only major carrier that works. Apparently something called Appalachian works down here, but I didn’t really have access to that up home. So I got a Verizon Pre-Paid/Pay As You Go (apparently even though it’s two separate links on their web site, it’s the same fucking thing).

Here’s the funny thing. I just got it this weekend to test. I gave a few people the number (including my boss). Yesterday one of the people I gave the number to for emergency purposes calls me to tell me that a friend of ours is in the hospital and it doesn’t look good and she knew I wasn’t on Facebook and didn’t want me to be blind-sided when I got home.

The other call I got was from my boss. Apparently the application that I’m very familiar with took a dump Sunday night and they weren’t sure what to do. I got them squared away and all is well.

Timing is everything. There are no such things as coincidences. Coincidence is God’s way of remaining anonymous. The fact that I got the phone this weekend to test it and the fact that 2 people actually needed to reach me was pretty wild. If I’d known, I might have put some more time on the phone, just to be safe.

It’s Monday night. We’ve been here since Saturday afternoon. And I’m tired. Not gonna lie. It was a long day today. Dad and I…with the help of a local who was driving up to get some crawdads and decided to start our chainsaw for us (fucking chainsaw…that’s a story for another time)….so we got to the task of cleaning the brush and fallen timber out of the creek from when the tornado had decided to redecorate 2 years ago.  I’m not going to do much more writing on this I don’t think. I’ll do some more maybe tomorrow or when I get home (which may be Tuesday or Wednesday, we haven’t decided).

Time for another beer and some relaxation.
at September 09, 2014