A Promise is a Promise

This has been something of an unexpected Christmas season, if I'm being honest.

And it's my blog. Why the hell wouldn't I be honest? Doesn't make much sense, does it? No. It doesn't. But that's neither here nor there at this point.

I have a friend who gave me a gift. I have a few, actually. One was a Swatch watch. Vintage. To add to my growing collection (because I like Swatches....and watches in general). To date almost all of my watches have been gifts from friends. It floors me every time. Not only do they know me well enough to know I will love that, they also know which particular watch in the watch universe looks like a Todd-watch. And trust me...there is a mold for that. And my friends nail it. Every single time.

It blows me away. Seriously.

Another friend and reader of my more positive posts and blog gave me this set for Christmas. 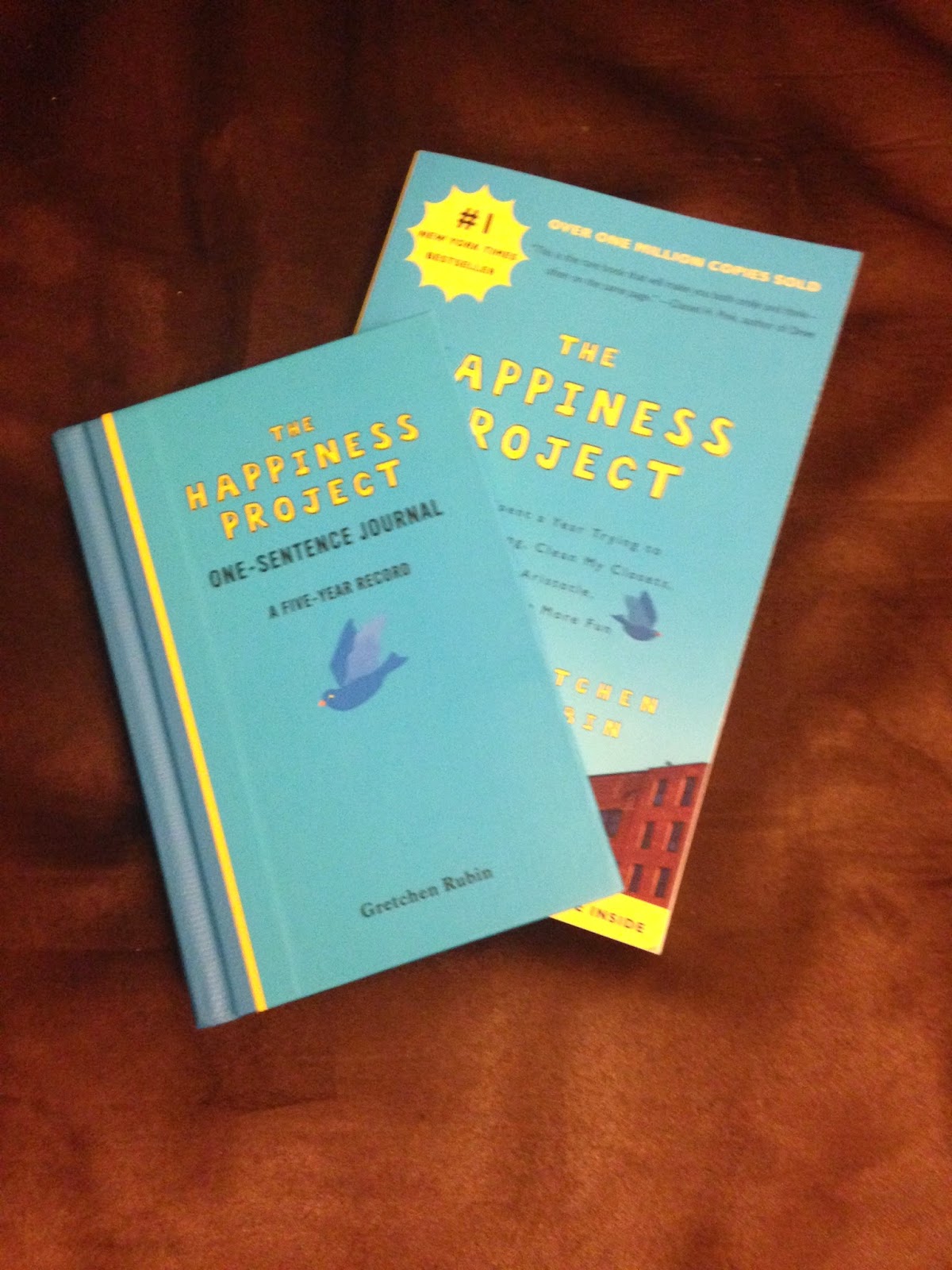 It's a 5 year journal and companion piece. The main crux being, each day write one thing that thoroughly kicked ass about that day. At the end of 5 years, you'll be able to see what that particular day of the year was like from one year to the next.  I'm interested in seeing how March 23rd plays out over a five year arc. It's too soon to tell, but I see great things for that day.

And then I recently got a conditional gift. The gift had 3 conditions. I was not allowed to buy the giver a Christmas gift (or reveal who they were). I had  to buy myself something. And there was a third condition.

I had to start writing again.

You might have noticed that the Holiday Funk (yes, I mistyped that originally. The 'n' and the 'c' are actually closer on a keyboard than you might think when Dr. Freud is dancing in your brainbucket). But the Holiday Funk had started to set in. Another name for it is Seasonal Doubt. The feelings of going through certain seasons in my new reality have been sowing some seeds of doubt.

But I had agreed to the conditions nonetheless and ventured out in to holiday shopping terrain 2 days before Christmas (no...I don't have any idea what the hell I was thinking).

I stood in Target (which is as close as I could bring myself to get to the actual Christmas shopping crowd) dumbfounded for nearly an hour.  I had no idea what to get myself. I had a laundry list of things I needed to get for others. But not for me.

I settled on these (along with some nice Staedtler pens): 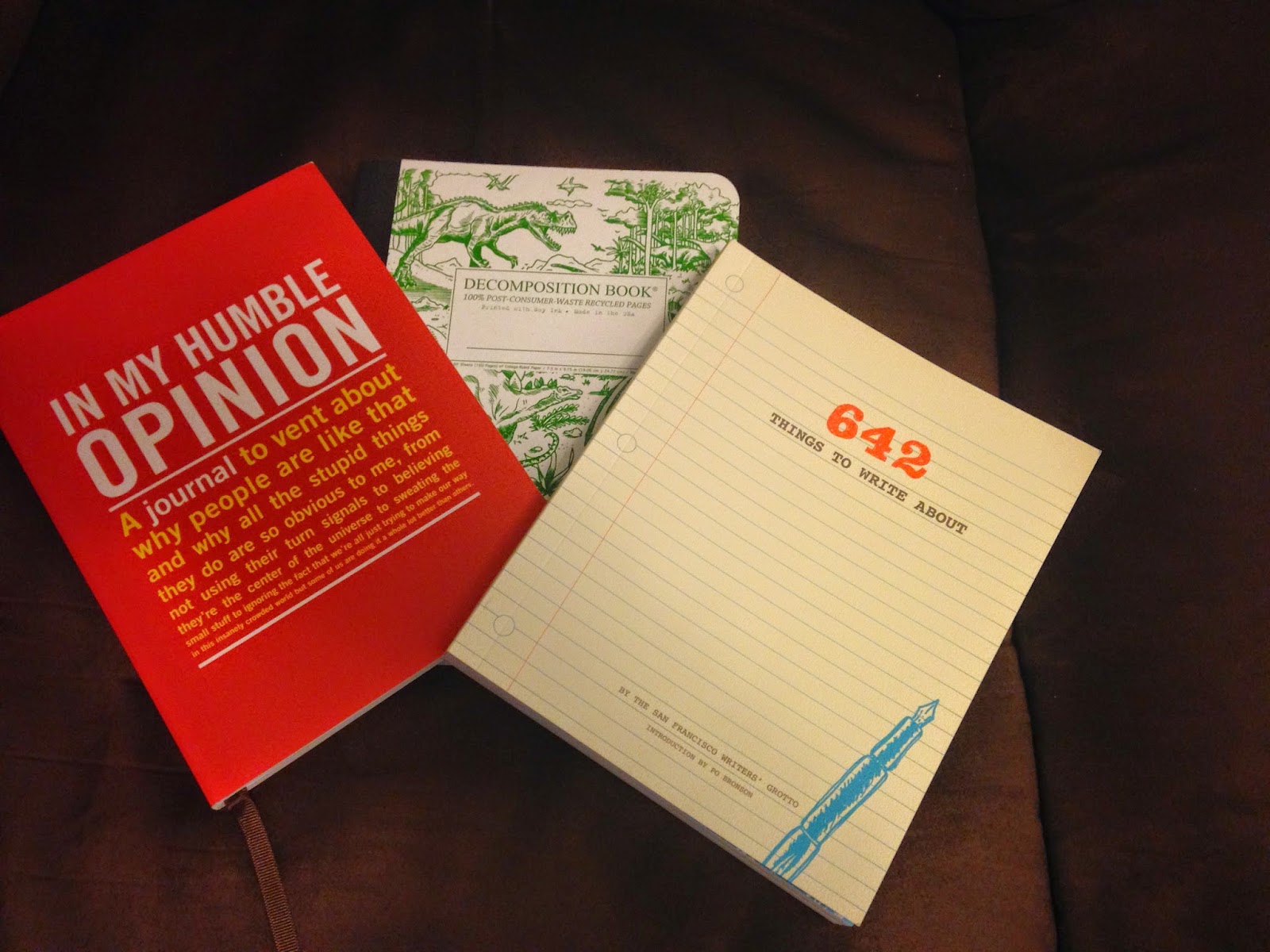 One is "642 Things to Write About" by the San Francisco Writers' Grotto. The other is an 'inner truth journal' (we'll see how that one plays out and if anyone gets to actually ever read that while I'm still clinging to this mortal coil).  The last is a 'decomposition book.'  It's a composition book made 100% of post-consumer recycled products. I just liked how it was labeled. Reminded me of when I had a LiveJournal. And then later, in my Emo Phase, a DeadJournal (it was short lived...a day or three maybe).

These recent activities have led me to uncover 2 truths about myself.

The first is that I collect things that I wanted as a youth, but never really had. At least not to the extent that my friends did (watches, and Swatches being a prime example. Real Rubik's cubes (not the knockoffs) being another).   I suspect that's the case with many collectors.

The second...and something more of a painful truth.

I don't accept gifts very well.   I mean, I'm not rude about it. But I'm always taken aback.  Part of me feels like....I don't know...that I don't deserve it? I know that seems weird. But I feel like...I dunno. I can't quite explain it. I just feel like, when I get a really nice gift that the person giving it to me maybe got it wrong. Like they had two gift bags and I was supposed to get the fruit cake.

I just don't take gifts well, I guess.  I think part of it was being with someone who downplayed random 'for no reason' gifts. And so that got me in the habit of thinking those kinds of things weren't really called for. And so when I have them given to me I'm a little taken aback.

The love and thoughtfulness put in to the choosing of the gift always catches me off guard, too.

Maybe this is why I haven't writing for almost 2 weeks. I've felt...um...hell. I don't know what I've felt.

I don't know where this is really going.

Friends.  I love them and they love me.

And I'm learning to be OK with that. Because...as I wake up each day...I'm finding that I do, in fact, have something to give.

Here's the simple truth my friends. I'm kind of a pussy and I'm shit with follow through.  The book (books? screenplays? poems? ) may or may not every get published. But...that doesn't matter. In the grand scheme of things, my life's purpose is not to get published (although I'm hoping that's a nice side benefit).

My life's purpose is to be creative. And through that creativity shine a light illuminating a greater force in the universe. And to inspire others to find their own inner creativity.

I'm a mirror, my friends. A moon, if you will. I don't feel that I'm meant to be a source of light. I'm just supposed to reflect that light from the Source. And to show you that you all have that ability.

It's that realization. Along with the surprise attack random acts of kindness from my friends that pretty much throat-punched the Holiday Funk.

And that feels pretty stinkin' good.

Gifts are wrapped. And I'm writing.

All is right with the world.

Have a kick ass night my friends. 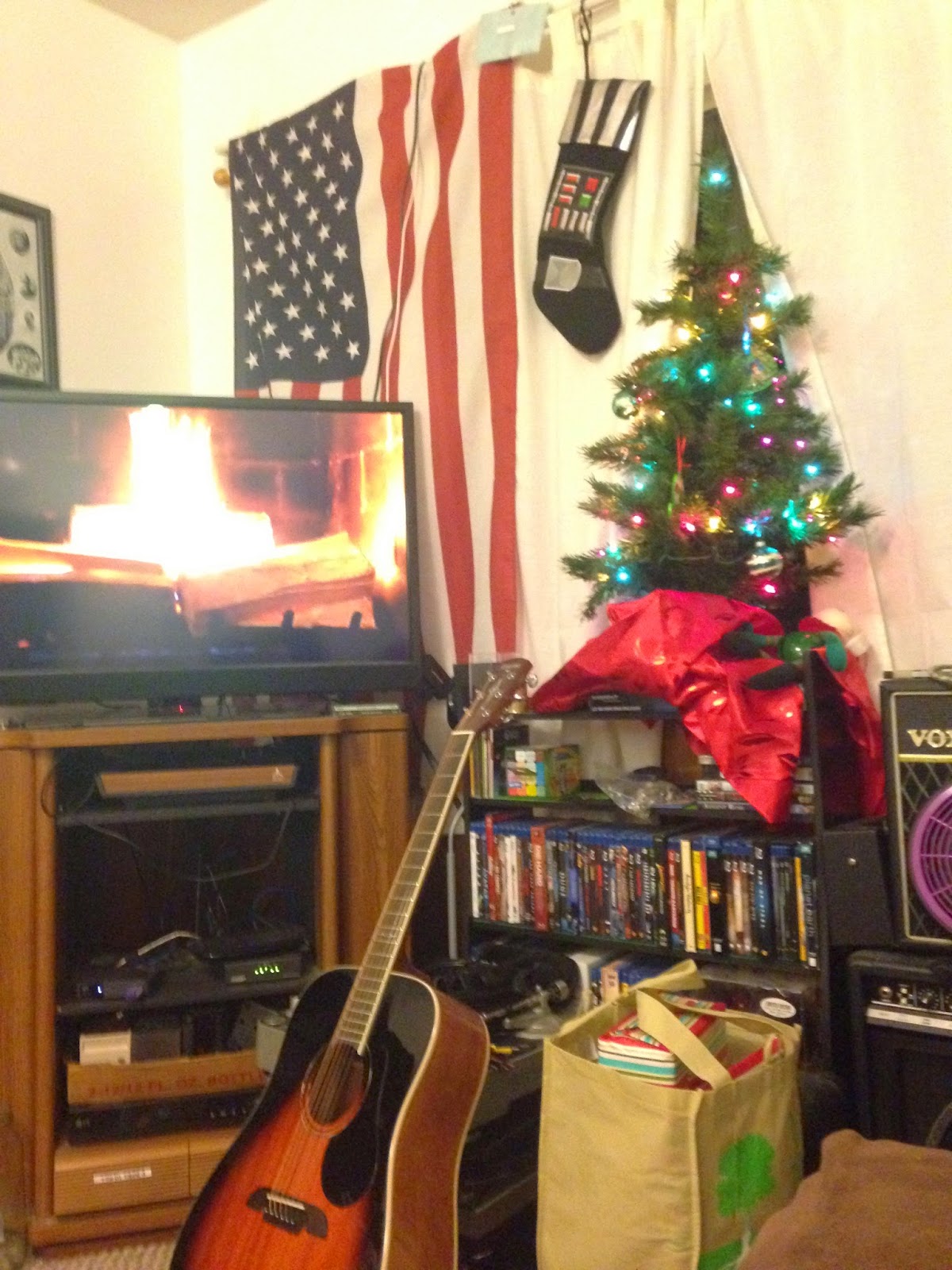