Did I ever tell you about the time I was on the Late Night with Jimmy Fallon show?

It was kinda crazy how it started. One week I was watching the show and I had a thought, "what would happen if Jimmy Fallon had just normal everyday people on the show? Not stars, just average people."

I took that a step further. I wrote a letter. Not an email. But an actual letter. Mailed it off to NBC.  I didn't expect that anyone would read it. I figured there was someone hired specifically just to filter out the bullshit letters like mine.  And yet, I got a call about a week and a half later. Don't recall the name. It really happened so fast. Travel was booked. I was able to take a couple of days off work.

And there I was. In the green room.  It's really all kind of a blur.

Thing is. I can remember every single detail. The deli cuts and croissants in the green room. The Pellegrino. The bowl of skittles. The smell of a room that was recently cleaned, but no amount of Fabreeze can hide the thin layer of desperation that hides just below the surface.

I can remember being led to just behind the curtain. Looking over at the PA as he intently watched the monitor. Hand on the curtain, waiting for the cue. And as Jimmy was partially my last name, he held the curtain aside for me to walk out. His last words to me, "Smile, Todd. Smile and wave to the audience, you're done being a nobody from Ohio."

Jimmy went through the interview. The blog got a mention. The book that was nearly finished got a mention (Jimmy had asked for an advanced copy--dude is a voracious devourer of all things written).
We talked about my time on the Rock and Roll Fantasy Camp Tour. Somehow, he got footage. And on the commercial break, I sat in with the Roots.

It was a magical night.

In the epilogue to that dream, Jimmy and I still keep in touch. In Dreamland, I've been back on the Tonight Show with each book released.

I guess I didn't tell you about it because it only happened in a dream.

Only happened in a dream.


In that 'dream' it was real. It was as real, if not more so than memories I know for a fact I've lived through.

And to be honest, that gives me hope.

I won't have to tell you about the time I was on the Jimmy Fallon show when it happens in this reality. You'll be able to watch it for yourselves. 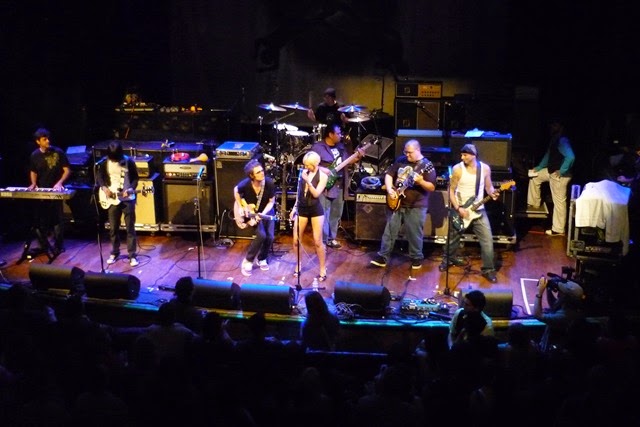