Take A Load Off Fanny

I realize if you happen to be reading this from the UK, that the title may be a bit vulgar. Suffice to say that the title refers to a name...in a lyric of a song. NOT to what "fanny" normally means in your vernacular.

Speaking of the weight.

It feels like it's somewhat lifted.  In regards to this whole neck/bulging disk/arthritis/bone spurs thing.   I made the call yesterday to the surgeon's office to find out what the next steps were. Basically acknowledging to myself that no, I cannot 'manage the pain.' It would seem that when you get to a certain point, 'managing' isn't really an option. And I was fooling myself to think I could.  But that's OK. I'm moving to the next step.

I'm not going to lie...I'm not thrilled about surgery. I don't have fond memories of any of the surgeries I've had. I'm scared. Maybe it's silly. Maybe to these guys it's as common as clipping their toenails. But it's my fucking spine.  And if it's in an area that prompted the doctor giving me the (non-effective) steroid shot to say, "If this doesn't work-we can't do another round. It's too risky," then what makes me think that actually having surgery in that same area is any less risky?

Yes. Logically I know it will probably be just fine and I'll be done in time for the regional Parcheesi qualifiers. But how many of your fears in your life have been based on logic? Sorry. I couldn't hear you over the rush of the tumbleweed and the crickets. Or that little "ka-loo, ka-loo, ka-loo yi yi yi" bird that you always hear in the distance in any movie that takes place in a jungle.

So...yeah. Little bit of fear and trepidation there.  And lest you think my train ride to crazy town was incomplete, maybe I should mention that starting in my 20's, I had dreams that something would happen to me and I would live at least part of my life without the use of my legs.  Dream analysts would probably reference the fact that it was around the time that a friend of mine was in an accident that left him paralyzed. OR that the fact that they became stronger after marriage might have something to do with the fact that I no-longer felt that I had the means or motivation to follow the path that was originally set for me when I took this body/this lifetime.

And both of those are probably somewhat accurate. Initially the dreams involved a car crash in which the engine basically wound up in my lap, crushing my legs, but leaving me alive. Lately, though, I've just had the dreams where I have seen my life with me in a wheelchair. Mobile...Arms working. Just not walking. I find myself looking around at the areas in my life and mentally making notes as to what will need to be adjusted when that happens. It's kind of fucked up, if I'm being honest. But that's the way my mind works.

Maybe I'm working this out for a character in my book (holy fuck...that's actually a good idea!)...or..maybe I'm getting cosmic interference from the universe in which Todd actually doesn't have the use of his legs. I am not so naive as to think that there aren't multiple planes of existence in which the choices in our lives play out with different consequences. In fact I'm sure there's one in which Jewel and Jennifer Love Hewitt are both pining for my affections (don't you judge me...they are BOTH on my celebrity freebie list).

In any event...it's one of those recurring dreams. It's not an every night thing. And when it does pop up, it usually catches me off guard. The really odd thing about it is the fact that I don't get surprised by it. It's something that part of me just accepts and understands that at some point in my life, that's a distinct possibility and that it's just the way this life is supposed to play out. I know...fucked up. So...that's the main underlying fear with the back surgery. Part of me thinks that some one on the OR is gonna shout 'yahtzee' at the wrong time and *bammo* no more use of my legs.

And the funniest part of it all is the fact that my Mom tells it in such a casual way. It's like "I wonder if it will rain later. And oh by the way, did you know you tried to come in to this world sideways? Please pass the gravy."

OK. It didn't go down quite  like that. It was snow. And I'm pretty sure we were having chicken and waffles at the time.

It would appear my lunch is over.  So....yeah. I should get my ass back to my desk now.  Hoping you all have a wonderful rest of your day. 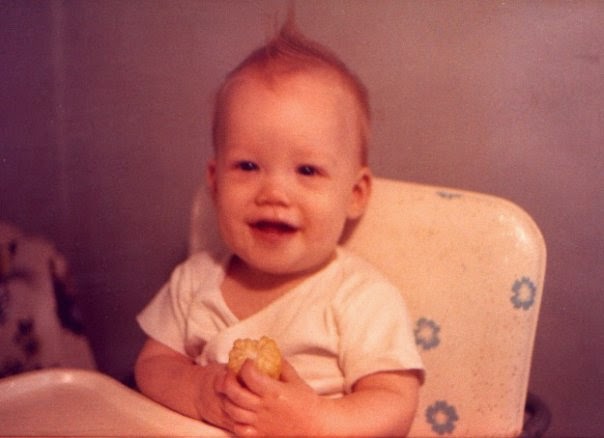 Glad to hear that you are going to have another talk with the doc. I'm sure living in the town of Suckville has been no treat, so it's good to know that you're thinking of packing the bags and getting ready to move some somewhere less painful.

How Newtonian of you. And Venn is still a jerk.