It's no secret that I had something of a shitty week at work last week. Actually, maybe that is a secret to most because I try not to make a habit of bitching about things on bookFace, and I damn sure don't bitch about specifics of my job on this blog (which, even though it has the benefit of security by obscurity, is still less locked down than my FB feed). I don't think either of those things are productive nor, in the end, healthy.

I was not disappointed.

I left early (5PM) on Friday and headed to bowling. On the way, I got a call from the Laser Spine Institute. I had called them to see what it would take to actually get a laser spine. I would never be as cool as a flying shark with a laser on its back, but hey--a guy can dream, right?!? Actually I had called them as one of my 2 options for a second opinion. They had reviewed the MRI, they said, and had good news. The good news is, yes--I did still need back surgery. However, I was a candidate for their less invasive procedure. THAT was excellent news. Based on what they were telling me, the time that it would take me to actually get cleared to go back to work was less than what I had previously heard.  I was elated to say the least. Pandora was immediately switched from More Than a Feeling radio to Part Rock Anthem radio.

There may have been shitty rush hour traffic, but it didn't bother me. By that point I was flying.

I got to the bowling alley to find that we were bowling my friends--the other UDC team. How epic could it be?? The answer-very.  They couldn't beat us even if they took all four games, but they made a good run for it. The last game though. Whoa. The last game I bowled my fucking balls off. I got a turkey (my third ever). I got my highest game ever (185). And we beat them. Not only did we beat them, but I beat one of their best bowlers (by a pin) and another of their best bowlers beat me (by a pin).

In short--the epic-ness continued.  I'm sad that the bowling season is over. I'll likely try to find another league through the spring/summer. But dude....it ended on a totally righteous note.

From bowling at The Palace, about 20 or so peeps from our league headed over to Sequoia Lanes. Apparently they had karaoke. Needless to say, I was in. The crowd was great. The hostess was fantastic and fun. And I sang...a lot (which is unusual in the realm of karaoke when the host/hostess always seem to have their favorites). My songs included:
Love Shack
The Humpty Dance
Turn the Page
Hey Jude
Tribute
and I assisted on No Sleep Til Brooklyn

See what I mean? Epic. I got home from Sequoia about 230-ish on Saturday. Which seemed to me to be the perfect time to walk to Schneider's and get some donuts. Because why not?

Saturday I rolled out of bed (alarm was set for 1030, made it on my own til about 10).  I grabbed a quick shower and headed down to Matt's. It was National Table Top Day. But beyond that, it was our D&D day. I'd been waiting for this for a month. Some issues at work caused me to miss our last session, so I was really jonesing to have the DM try to kill me. And damned if he didn't try. Something about being infected by a poisonous spore pod that if not treated in 22 hours would cause me to then explode--releasing more spores and infecting everyone in a certain radius. Basically unleashing the D&D equivalent of a zombie apocalypse. There was another time in the session where there was a potential of a TPW (total party wipe). In short, it was a great session.

From there it was off to meet a group of friends to head to the Newport to see the 20th Anniversary tour opening show of Wish You Were Here, a Pink Floyd tribute band out of Cleveland. The group I went with had seem them many times. Yet somehow, due to weird timing (I had to go in ahead of them to get my ticket), I got to actually meet the band. AND get my picture taken with them. 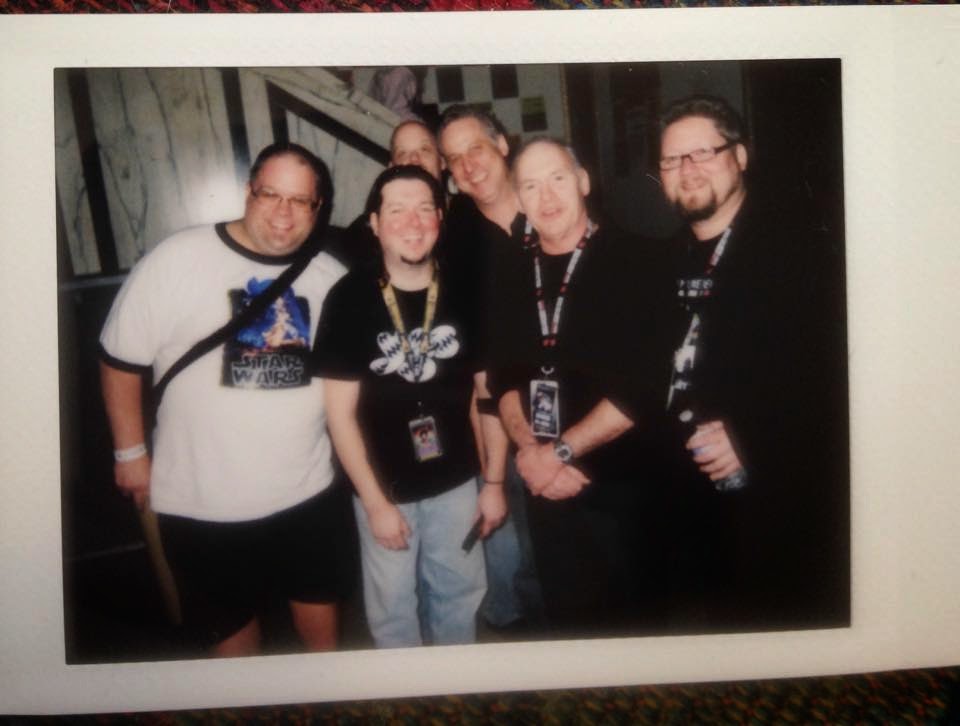 They even signed the back. Such a great group of guys. What's funny is, in all the times that my friends had seen them perform, they never got to meet them or get pix taken with them. I go my first time and get to do both.  Epic.

The show. Holy shit the show. It blew my mind. There are no real words. I have loved Pink Floyd since I was a kid. I have always wanted to see them live. After Roger Waters left the band, that  hope diminished. Now, with Rick Wright passed, there's no way to see the Pink Floyd I had once hoped to see.

None of that matters now. The emotional...the spiritual experience that I had always hoped to see at a Pink Floyd concert was manifest Saturday night. These guys were legit. And you can bet that I will see them perform any chance I get. 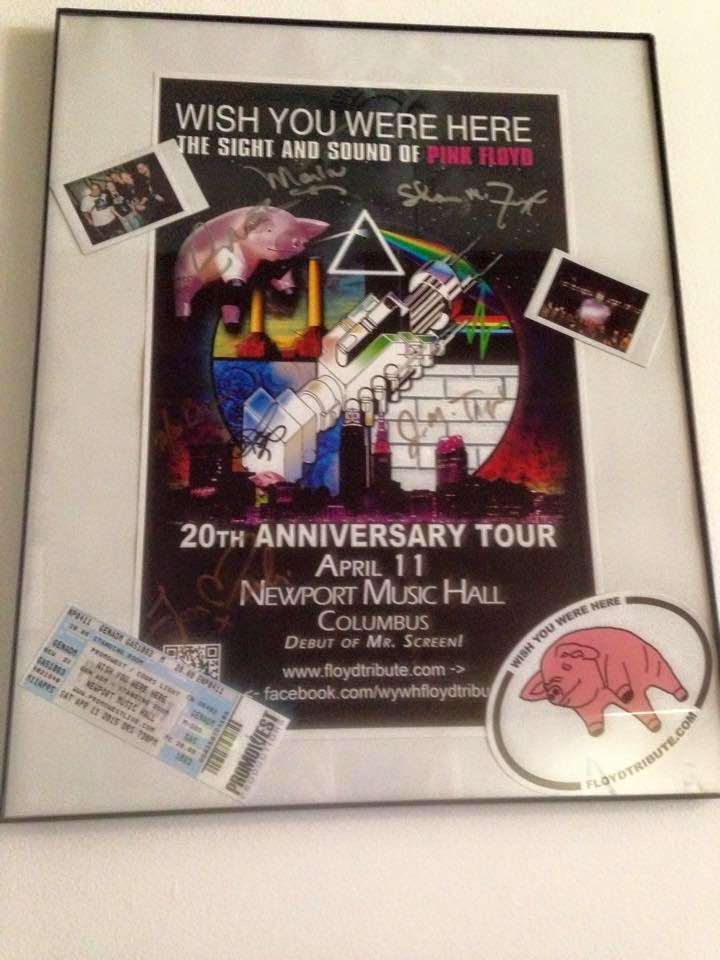 The rest of Saturday night was kind of a this is too fucking cold for spring kind of blur. We wound up at a club on Campus/High St called The Big Bar or some shit like that. An actual club. With an actual doorman who had a "list." We weren't on it. But a guy knew a guy and we were in. That experience is a whole post in itself. Suffice to say, I am not a club kid.

From there we made our way to Apollo's (the Gyrodome). It has moved since I last played there in a band (over 20 years ago). There's no stage anymore. It's no longer a bar. But a straight up gyroshack. Which is cool. Still have good gyros.

Rolled in mi casa about 330 Sunday morning and slept the sleep of the dead until about 1PM when a cop knock woke me up from a dead slumber.

Only it wasn't a cop. It was two dudes from some church. Fuckers were lucky I bothered putting on pants.

The rest of my Sunday was rather lazy and uneventful. I did laundry. I did some reading. And some napping.

Nothing like ending an epic weekend with an epic t-shirt.

Alright kiddoes...off to work I go.  Have a fantastically awesomesauce Monday my friends!!