A Day In the Life of Awesomesauce

Had to trim my nails. I swear I never had to do that before I got this dental work in my lower front. Something about biting my nails or something. But yeah. If they are too long I can't type or play guitar. Which..for the guitar I guess it's probably why I don't play as often...but the writing...shit. I have to do that.

One sentence in and I'm digressing. Brilliant.

But it is characteristic of how uncharacteristically awesome this day is. So...I start this morning by heading to the Dr. Not my normal doc, but the surgeon I've been seeing for my neck issues. And by surgeon I mean the third surgeon I spoke with.  The first one emanated quite the dick vibe. The second one was the Laser Spine Institute. I have to be honest...I was pretty excited about them. Until I found out they couldn't actually give me a laser spine. I mean, what the shit? That's just shoddy advertising.

The third doc. Yes. The second second opinion I got was the guy. He's the one who set everything in motion by saying I want to develop a good care plan with you, but I can't do that with a six month old MRI.  As soon as he said that, I knew he had my best interest at heart. OR at least an interest in not failing at this kind of surgery (which I'm OK with, too). But he came off as very genuine and very interested in doing what was best for my overall health. And he spent time talking to me. BOTH visits, he did this. Both visits the DOCTOR spent more time talking to me than the nurse or assistant. This was unheard of to me

The MRI I got on Monday was positive. The results were good. Per the Doc, there was no bruising of my spinal column. This is good. Bruising is bad. It's the indicator of permanent nerve damage.  So...he gave me a choice.

I know right?!?! A doctor giving enough information to make an informed decision and then actually letting me make that decision. I had to look around for the camera and director because clearly I was in some Hollywood make believe world.

So, for those playing the home version of the game, I opted to have surgery. I have to be completely honest. I'm so fucking sick of the constant pain.

June 29th. That's the magic date. The date I pay some dude to slit my throat and carve in to my spine. And put an 'appliance' in there and use part of the bones he's cutting out to fill said 'cage.'  Well...sure. I could have said Anterior Cervical Decompression and Fusion...but dude, my way was so much more epic.

And that's really what the day has been today. Epic. All that epicness happened before work. It was especially (did you know there is NOT an 'x' in especially??Hmmm.)  awesome when he told me that I should be cleared to go back to work after the first 2 week follow up.

So I get in to work. There's shit breaking. But it's cool. Because my team has it under control. I had a proud papa moment there for a second. And THEN...we got a new generator.  Even just writing about the awesomeness today makes me say to my self, "Self...no fucking way dude!!!"  And my other self is all like, "Oh believe it dude. Because this awesomely awesome day just keeps getting better."

The rest of the day at work was pretty cool.  Nothing specific to tie in to the coolness per se, but things just came together. Things gelled like they were supposed to. And that was a good thing.

OH WAIT. Totally just lied. So...I decided to go over to HR to check in to getting the FMLA set up. I needed to do this, and I had a date for the surgery. So...no worries. I figured I'd start the ball rolling. The HR reps looks up my file to check vaca and sick time and the like. And says, "Oh. OK. Looks like you have both short term and long term disability."

Wait. What?  I had been operating this whole time on the fucked up delusion that for some crazy reason that Present-Todd couldn't fathom, Benefits-Enrolling Todd canceled both of those things.  Turns out, in fact, that Benefits-Enrolling Todd knew that Present-Todd was going to need surgery and didn't want him doing something stupid. So...he upped the short-term disability to the max allowed.

Then I get a call from a friend who asked if I had left work yet and did I want to meet him out for a couple beers? No...and yes. So...given that I was ahead on hours for the week anyway, I headed down to Lineage Brewery and had a few beers. And got a cool glass. 90 minutes passed and I had no inkling of the time. And that was cool. The tell tale sign that you are in the presence of a good friend is that you have no idea of the passage of time.  I was in such a state. It was cool as fuck.

I headed home. Got home (which was in some doubt after getting stopped by a train) and decided that it was definitely a night for WUI (Writing Under the Influence),  which is pronounced, "WEEEEEEEEEEE."  I put some beers in a cooler and headed out to my charming little bistro set on my nice little Cape Cod of a patio.  I had always heard that in the real estate biz, "Cape Cod" meant "small ass house." Don't know if that's true or why it means that. Either way. I was having beers and starting to blog out on my Cape Cod Patio.

My neighbor Justin comes over and I offer him a beer. We chat about old Dos games from the 90's.  I'm geeking out. He's geeking out. Awesomeness ensues. My neighbor from upstairs has just done some laundry related chore and was heading around to her place and gave a casual 'what's up?'  I said something along the lines of chilling on my cape cod bistro set and did she want a beer?

So...the evening progressed to chilling with neighbors. Again...the passage of time was not an issue. Mostly because by this time I was sufficiently buzzed to not notice and also because the conversation was fun (remind me to tell you how we re-wrote the Bible at its core and kinda turned religion on its ear for a split second....because it fucking rocked).

Yeah. I'm sitting here writing all of this knowing that the words you're reading aren't really doing a good enough job of conveying how fucking awesome this day has been for me. Nor are they conveying the massive (seriously FUCKING HUGE) sense of relief I feel at actually having a date for the surgery and an end in sight.

And now there's pizza. "Palladio" by Escala is on Pandora. If you don't know the song by name, I assure you (we're open) you know it.  It's the music used for either the Diamond Cellar or Jarrods (dunh dunh dunh, dunh deenh dunh duhn duhn). So. Yeah.

This day has been epic as fuck (even without the sunlight causing exploding Psychos).

Tomorrow, though, could be even better. It involves Dungeons and Dragons and later launching eggs from a giant sling shot.

Awesomesauce. Off now to order one of those old school listen to the bugs get crispy bug zappers.

Enjoy the crap out of your weekend my friends (I know I will). 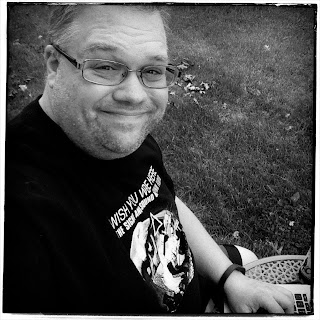 That _was_ an awesome day indeed! You deserve it! Happy that this new doc is working out and glad that the surgery is sooner than later. Nothing worse than knowing you could alleviate a ton of pain.... 8 months from now. We'll have to get together soon and jam on the guitars soon.