Papa's Got a Brand New...Cliche?

I could blame Madison Ave. or the advertising powers that be, but the truth of the matter is, this one is all me. I'm not sure when it actually started, but I have this...thing. It's a quest, but not nearly as noble as that of Arthurian legend. No, this quest is to find the perfect bag. And case But it's not just a one-off thing. You see...there is the perfect bag for when I'm on a business trip. There's the perfect bag for everyday carting my MacBook to work and what not. And then...now that I have a Chromebook (which has become my go-to day to day electronic writing tool of choice), I need kind of a day bag for that, too. And by day bag, I mean old school messenger bag.

There are probably worse obsessions I could have. In fact I'm sure of it.

I went to the army/navy surplus store a couple months back looking for a messenger bag. I wanted something I could throw my Chromebook in and whatever else I might want to take with my on a walk Uptown to one of the various patio'd establishments. They had a 'laptop' bag. Heavy canvas. Padding for the notebook and enough pockets for other assorted shit I might need (or think I might need-you know how that is).  But I was stuck on the price. At the time I thought it was high.

Then I started looking on Amazon. And that rabbit hole took days. Who knew that the 'same' bag could be sold by 10 different vendors for varying degrees of price? I'm guessing they all used the same stock photo.

I settled on a vintage (or vintage style, rather) messenger bag. Thought it would be the right size. And I ordered it in Army Green because well...I have be Todd, don't I? 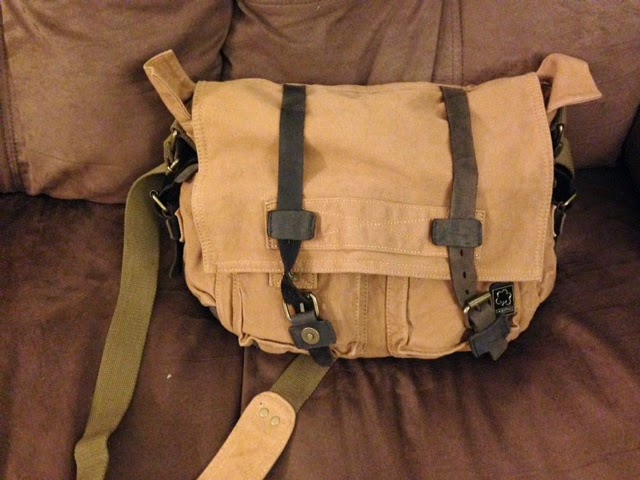 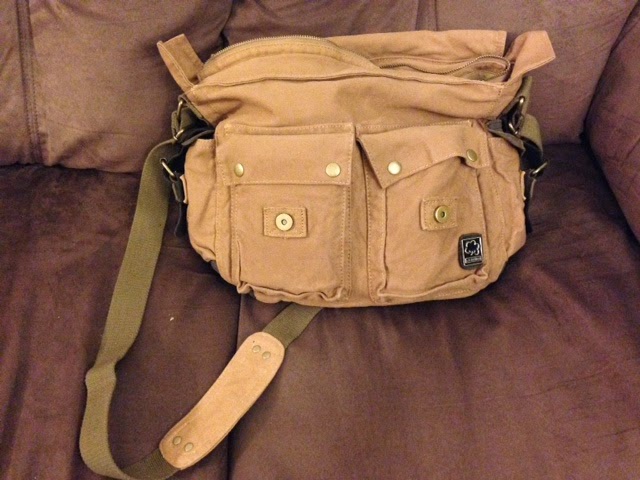 So...I liked the bag. Mostly. As you might be able to ascertain, it's not Army Green. Well...I mean, the strap is...so technically I guess that counts. And...for some reason, the bag is a lot smaller than I thought it was going to be. The Chromebook fit, but to put anything else it in t was almost a bit of a stretch. So there was a little buyer's remorse, but I was going to make it work. Because, well, I spent the money and I hate to return shit. So. Yeah. It wasn't perfect, but it was still pretty much what I and those who know me would call a 'Todd Bag.'

I had it for 24 hours. Less than. And as I'm zipping the main section closed, I find that I'm holding the little tongue thing from the zipper. So...erm...yeah. It's closed. And I have the thing with which you work the zipper and no convenient way of zipping the inner section.

I thought about making it work.  I thought about it on the way home. What it would take to keep using it. How it might add character and all the other bullshit you tell yourself when you don't want to do something. And the next thing I know I'm at the Army Navy Surplus store and it's 10 minutes before they close and I go right to where the canvas messenger bags are. I walk out with the laptop bag that was my first choice 2 months ago. 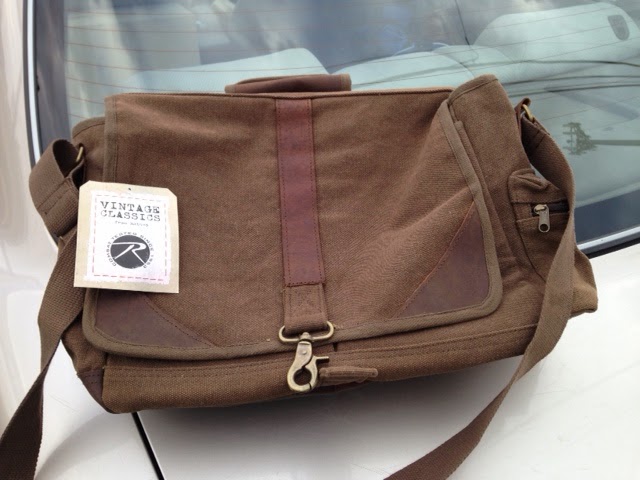 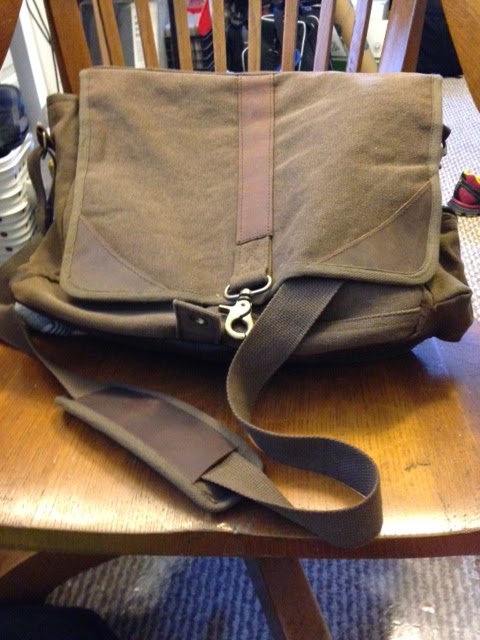 WAY more of a Todd Bag. And just better built all around. Perhaps it has to do with India vs. China---not really sure.  But I was a happier Todd. And just like that the old bag went back to Amazon the next day.

So...I have to say I'm pretty stoked about this bag. Seriously. It's definitely close to my ideal messenger bag. I don't know if it's quite the perfect messenger bag or not, but it's pretty damn close.

AND....if you order now...we'll also throw in a wrinkle to the story!
Turns out my friend Juan Davide has a messenger bag that he has been telling me about damn near since a week after I met him. "T-Bone...it's a K-Swiss bag I got back in the day and it's a true messenger bag with pockets and shit everywhere....you could definitely rock the shit out of that bag."

For a while it was like the split screen in Donkey Kong. More myth than anything.

The other day I get a text. STOP BY AFTER WORK. I HAVE YOUR BAG

And it's a thing of 80's awesomeness. 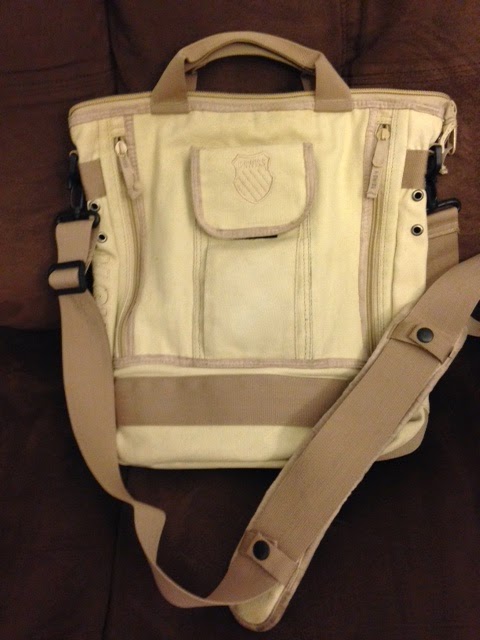 The laptop fits in vertically. Everything else that I would likely need for a walk and write Uptown also fits.

Which means...I have a shit ton of non-nearly-perfect bags available. If you need one, let me know.  I'll hook you up.

Now it's time to eat some grub.