This time last week I was WAY more medicated than I am at this particular moment. I had just had cervical surgery including a new-fangled form of fusion.

That was 7 days ago.  Today I woke with no pain. Some stiffness, and a bit of aching. But not pain. I know that sounds like pain and aching should be the same thing, but they really aren't. Pain is sharp, stabbing, out of no where. A reminder that if I move the wrong way, the dull pain that is constantly at a 3 will shoot up to a 5 or 6.  No. The ache is expected. It's the reminder that shit was done on my insides. The way a bruise feels. And I suppose that's what it is. My throat it sore. Swallowing still isn't such a great thing for me yet. And there is an ache in my neck. Where, I suppose, my body is getting used to the new hardware.

No bending or twisting. Both of those I am complying with, within reason I suppose. There is a certain level of twisting that comes from wiping one's own ass. And I don't think any doctor would be-grudge me that. After all, I don't have too many friends or close relations that I would be able to call on for such duties. Doody duty, as it were.

What's really jacking with me is the five pound rule.

I can't lift or carry anything that weighs more than five pounds. Now...the twelve year old boy in me would love to make a joke about not being about to pee because of a certain anatomical girth that would pass that restriction.

Fortunately for you, I'm above such jokes.  I mean mostly.

I didn't really think of it until I was at the DQ today. I ordered dinner. And a shake. And started to worry that the tray may be more than 5 pounds. Maybe it was, maybe it wasn't, but a 16oz shake is a pound. And there were fries....chicken strips...the weight of the tray itself. Coupled with the fact that I had my ipad in my cargo shorts pocket. All total I'm sure it was more than five pounds.

I weighed myself with my camera bag, camera, and some extra film (shown here): 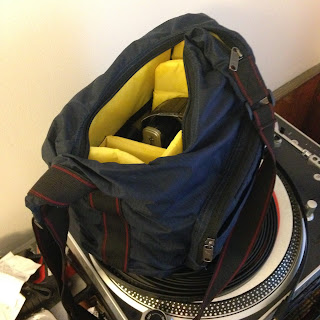 It clocked in at about 3 1/2 pounds. If I decided to chuck my iPad in there on my daily walk, it would put it well over the five pound max. Not to mention it's a messenger bag. I'm guessing because of where my incision is and the type of surgery I had, messenger bags will be out for a while. Which sucks because I have a shit ton of them. I have one back pack. And it probably weighs 4 pounds empty. So it's out for a while. Not sure where that leaves me, but meh. I have a few weeks to figure that part out.

This is the part where I definitely have to be methodical. And force myself to calm the fuck down. Because the truth is...I feel fucking great. Sure...I feel like I just went through the wringer, but compared to how I was feeling?  Fuck dude. I feel amazing. I sleep through the night. I wake up refreshed and rested. And ready to take on the world.

As long as I can do that in chunks that weigh under five pounds. 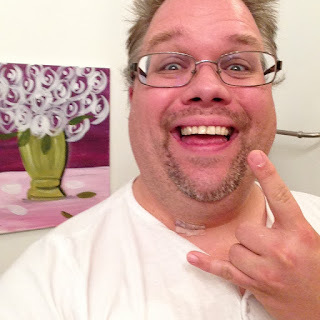