Almost a full week in to the new year. I managed to avoid the bullshit of 'This year WILL be different..." because...no it won't.

Not if I can help it.

And apparently I can't.  GFY is short hand, if you're wondering.  G is for Go. Y is for Yourself.  And the F is an f-word, so to speak.

Oh sure...there were some good moments in the year. It didn't all suck wind.  After all, in August I finally found my nut sac and pulled the trigger and went to my first writing group meeting. And they've accepted me in to the group (I even have an official Bio up on the site--check it out). It's almost like I know what the fuck I'm doing.

I signed up for and actually pounded out 24,000 words in the 50,000 word goal for NaNoWriMo (National Novel Writing Month). It's probably a good first act in to the book I started. So, that was progress.

But dude. The year ended hard. Had a physical in September. Normal screens and blood work were done and all that happy horse shit. I needed to start taking a vitamin D supplement and my liver something something was high and should probably be re-tested.

Only I never got a phone call for that test. Well...that's not true. I got the phone call in December. With the admonishment that they'd been trying to reach me since September (they hadn't). So..more tests on the liver. Long story short--it's not cancer (and yes...the thought not only crossed, but parked it's nasty ass firmly in the forefront of my brain). So. Yay.  Bad new is...it's probably fatty liver disease. I'll know for sure on the 28th when I actually meet with the liver doc.

Oh...and I now have diabetes. Yeah. I know. Shocker. Fat guy with diabetes. I don't know what my A-obi-wan-whatever is yet, so please don't ask. I don't know which type it is.  I meet with my doctor tomorrow to go over all that happy horse shit and figure out just what kind of 180 my life will be doing.

I'm OK. Really. I know it could be worse. I know I got lucky, relatively speaking. I know that these things I have are treatable.

And that's cool. But that's not entirely what has me fucked in the head about it all. Aside from a really rather shitty exchange with my primary care physician, my mind does this thing where if you don't give me AS MUCH INFORMATION as possible on something, I'm going to fill in the blanks with my own thoughts and ideas. And I'm a writer...so I have some pretty jacked up thoughts and ideas.

Yes to all of the above. But it's not a resolution. It's a matter of survival. I still have a lot of shit left to do in my life and I'll be damned if 2016 is my last year on this little stinking space ball.

Keeping it real. That's all.  Like I said--I'm fine. Just dusting off the cobwebs. I haven't really done anything in this or any of the 5 blogs I have since I started writing in NaNo back in November.

There are a few more blog posts queued up that aren't so....raw.

That being said. I need to close this one up and get on with getting on. 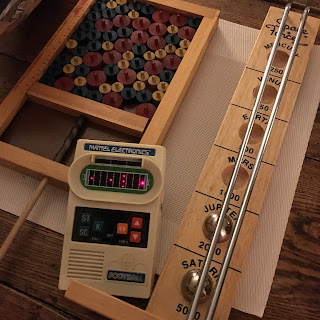