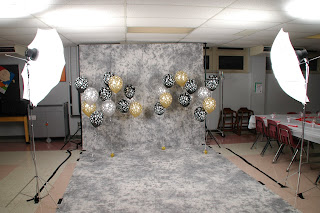 Sorry for the bluntness of the title, but it almost perfectly encapsulates my current state.

For about the last 7 days I have been in the deep end of the funk-this-shirt pool and I felt a little like I was drowning.

Last month I shot a Father-Daughter Dance. The pix were magic. The night was amazing. The families over 100 of them had a great time. I put the memory card in my work bag, thinking it to be the safest place.

Long story short, there was an issue and I needed to go back to the memory card to pull the shots off and do the edits over again.

The memory card wasn't there.

The
Memory
Card
Was
Not
There.

The little malaise I had found myself in started to take more of a flat spin. I remembered back to the last time I had physically seen the card and where.

Only it wasn't in that bag. That bag was the bag I took to NY for a business trip.
It was empty.  I had moved everything back in to my daily work bag.

Everything, it seems, except the memory card I needed.

7 days of tearing my apartment to shreds (seriously...it's a friggin' mess over here). And no joy.
I had to tell my client...my friend...that there may be no pictures.  As much as everything has been piling lately this was a conversation that nearly had me in tears.

I had resigned to the fact that...if it happened, as insanely shitty as it would be, I would have to deal with whatever the fallout was.

The soul crushing weight was only slightly eased by the acceptance of the situation.

I sat on my couch googling recipes for a hemlock cocktail when it hit me.

I was sitting on the couch when I changed from my travel bag to my daily bag.

Sitting on the couch.

The couch cushions don't come out.  If something falls, it's in the crevice. I felt again.  And there was a hole in the lining.

I lifted the couched and pulled off one side of the bottom liner.

The feeling of release as the weight just completely fucked off is indescribable.

And now there's a tiny little apartment that needs some serious cleaning. Which is cool. I have been meaning to do this anyway. Not necessarily with the do-or-die-find-it-or-else vibe that's been there this week, but you know, spring cleaning.   It's about 3 years overdue.

If you're reading this...any of the 8 of you that read this...if you need a laptop bag (primarily messenger), please let me know. I have several very nice ones, including a brief case, that will need good homes soon.

Funny thing about today's Holy Grail Moment...It might have happened last night. But last night I forced myself to go outside (like way the hell outside) of my comfort bubble. My friend Chris was having a gathering of hometown writers. Writers...editors...artists...publishers...all of whom were friends of his. Some were in the local writing group we're in. The others were in a group he's in up near Mt. Vernon/Ashland way.

I knew when I accepted the invite 2 months ago that I would have a high probability of trying to find a plausible sounding excuse to politely bow out and give in to my burgeoning introvert (being a crazy old  hermit takes practice, after all).  This week as shit was hitting the fan I made a bold move. I committed to bringing a dish.  If I commit to bring something, there's a less likely chance that I will bow out (self-awareness is a wonderful thing).

So...I made an eclair cake. I showed up an hour late.  And you know what?

I had a fucking amazing time. I left the CPAP at home because I convinced myself that it would be better to not stay all night (rookie mistake that I won't make again).

I learned quite a lot. I made some great connections, and more importantly, I think I made some friends.

That positive vibe coupled with the whole finding that which was lost thing this afternoon have me awash in happy contented relief.

Things are taking a turn for the good.

Alright. I really should shower and try to make some progress in this apartment before the UN sends a peacekeeping force over.

Have a kick ass day my friends!

I'm glad you found your memory card and you certainly made some friends :)

That I most definitely did. Thank you for being one of them!