How can something be a home and yet be so completely foreign?

He walks through his apartment or what passes for one in this small college town. An afterthought on a house built to actually hold one family some time more than half a century ago sits holding his things. Not just physical possessions, but after nearly three years there is a thin layer of his soul somewhere between the dust and the wall trimmings that haven't been updated since before his daughter was born.

A recent frantic search for something believed to be lost has left this once cozy and always cluttered dream catcher in a complete state of disarray. The half-filled bags of things meant to go to the dumpster--trash and things that no longer belong in his life--echo the disheveled demeanor of a man who wanders his days knowing that there is something more for his life than re-runs of long cancelled shows and discount pizza coupons, both delivered wirelessly.

I know this man. I see him every day. Every day I wake up and see the world he lives in. I put myself in his shoes and I think to myself, "exactly how did Talking Heads capture this moment of my life so perfectly? How did they know when I was ten that thirty-four years later I would be studying the lyrics of 'Once in a Lifetime' with a fervor previously reserved for seminary students or whores running from their past?  How the fuck could they have known that?"

There is a deep, and somewhat dark answer that comes from the philosopher in my soul that often tries to put on the writing coat and pretend that the words mean something.

But the simple and therefore most likely to be true answer is that they didn't. The Talking Heads knew fuck little of who I was then and who I am now.

They had not clue one who they were writing that song for or how it would affect anyone that heard it.  I have been hearing that song since I was ten. And mostly I just get goofy waves of nostalgia when I hear it.  And then there are times, such as these, wandering through the minefield that is my apartment (not in any way allegorically connected to my mood) where the lyrics ask me questions that I don't want to think about, let alone actually have to deliver an answer to.

I don't like to drive. At least not often. The irony of this is not lost on my as I recall with a fondness corrupted by time that one of my all time favorite jobs was one in which I drove--all the time. All over the state.  When I was 19, I loved to drive. Everywhere. Any time. Anywhere.

Now? Forget it. I drive out of necessity.  I dislike driving at night and I despise driving in the rain. If the two are combined, there damn well better be a bottle of bourbon and a place for me to crash at the other end of the trip because there's a strong chance that my nerves will be a bundle of something resembling a rubber band ball that has been bounced on the concrete one too many times.

Passing semis is the worst.  Drafting them is bad enough, the odd currents seek to just send your car to the afterworld. It's as though someone signed you up to Uber in purgatory and no one told you that you were on your way to pick up your first passenger.

The drafting, though, can be easily overcome by simply backing off or if you're feeling saucy, by passing the semi.

What I hate about passing semis though is that pit that always appears in my stomach. It's after my back bumper has passed theirs and I'm committed to this passing maneuver.  I can look over and see the support strut for the trailer, folded up, completely unnecessary while the truck is moving. And as I see that, I hit that point. That fucking point. The point in the pass where everything on that side of the car is obscured by the big rig.  By this time, someone has surely tucked in behind me--no doubt convinced I  know what I'm doing and have made the right decision even though they have no basis in this faith.   I can't go back. I must go forward. White knuckles grip the wheel as I pray that a strong gust of wind, blind spot, or blind homicidal rage don't propel the truck and trailer in to my car before I pass.

This spot seems like forever, but within seconds (that feel like hours), I see daylight in front of the truck.  Some drivers will slow down, allowing the car to have a fighting chance when passing. And then I'm past.

My life right now feels like I'm passing the semi. I'm in that spot squarely in the middle. I'm looking over at the support strut and extra time and I'm hoping like fuck that the treads from one of the eighteen wheels don't come crashing over in to my car like something out of a Micheal Mann car chase.

I know it's going to pass. Or rather, I will. Pass past this phase, that is.

But for now, I'm white-knuckling it and softly singing, "Convoy" in my head.

Don't mind me. I'm sure it will pass.  Did someone say something about bourbon and a pillow? 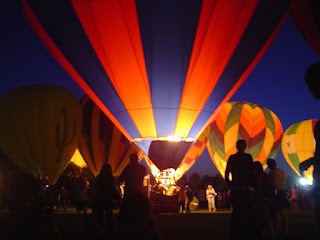