It looks like it's been about 3 weeks since I posted something of my own here.

To be fair, my last post was from a friend. And I truly felt that she needed an outlet - an anonymous outlet - to work out her frustration and rage for the terrible thing that happened to her. I didn't do much, but I gave her a first step. If you haven't read it yet, you should. Because it's terrifying to think that companies can get away with sweeping things under the rug because it doesn't fit their mission statement or their bottom line. She's not through the ordeal yet. Not by a long shot, but she's making steps to take her life back on her terms. And that's a start.

I haven't posted here for a few weeks because I wanted her post to get some traction and exposure.  But that, dear readers, doesn't mean I haven't been writing.  I have at least 3 paper journals going at all times and have still been writing in them to get the demons out of my brain bucket.

I've also been keeping busy by writing another guest blog. You may recall my last guest post over on Tim McWhorter's blog (you can check it out here if you missed it). I've devoured two of Tim's books already and am looking forward to reading more. You should definitely look him up and check out his work if you like to be scared.

Today's guest blog post is on my friend and fellow author's blog, Mr. C. Bryan Brown. Mr. Brown also dives deep in the realm of things that go bump in the night.

He recently published a post on the benefits of working on your masterpiece from an outline and invited me to provided counter-point.  If you know me, you know that I pretty much write as it comes to me.  I know I'm not unique in that approach, but apparently in the profession writing realm, it's called 'pantsing.' As in 'writing by the seat of your pants.'  And I'm perfectly OK with that.

The link to my post can be found here.  I'm going to also give you the link to the original point for which I countered. That post is here.

But Todd, if you think your way is best, why on earth would you post Chris's work, too?

Good questions.  Here's the thing.  Pantsing works for me. Most of the time it works very well. But in writing my post, I got a sneak peak at the post I would be countering. And my first thought (and the gist of a comment back to Chris) was this, "Damn. That almost makes me want to become a planner (or plotter, or outliner)."  His first comment back to me was that my post almost makes him want to be a pantser.

But the point is this. A writer writes. It doesn't matter how they write. Only that they do. And that they do as often as possible. I'm not going to lie, I use outlines. Sometimes. But I very rarely use them on the first draft. The first draft is me transcribing the movie in my head. That has to be as I'm watching it. Later, as I re-read and edit, things have to be put in to place.

The first draft of anything I write is selfishly for me. I write for me. If the piece makes it to a second, third, or 16th draft, that's for you.  The reader.  If a piece makes it through an editing process, it does so because I want to share it with you.

I don't know if my methods of writing will evolve or not. I'd like to think they do every time I sit down to write. I can't say that with any certainty or not, but I image it does.

Well, I think I've given you plenty to read and think about.

I've got an extra day off of work this weekend, thanks to the holiday.  So, I plan to sit down, watch the movie in my head and transcribe it.  Knock a few more miles back of this thing called the elusive first draft.

Have a wonderful day my friends! 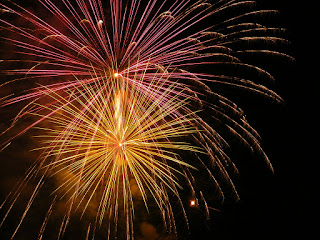